Book Review: Long May She Reign by Rhiannon Thomas

Title: Long May She Reign 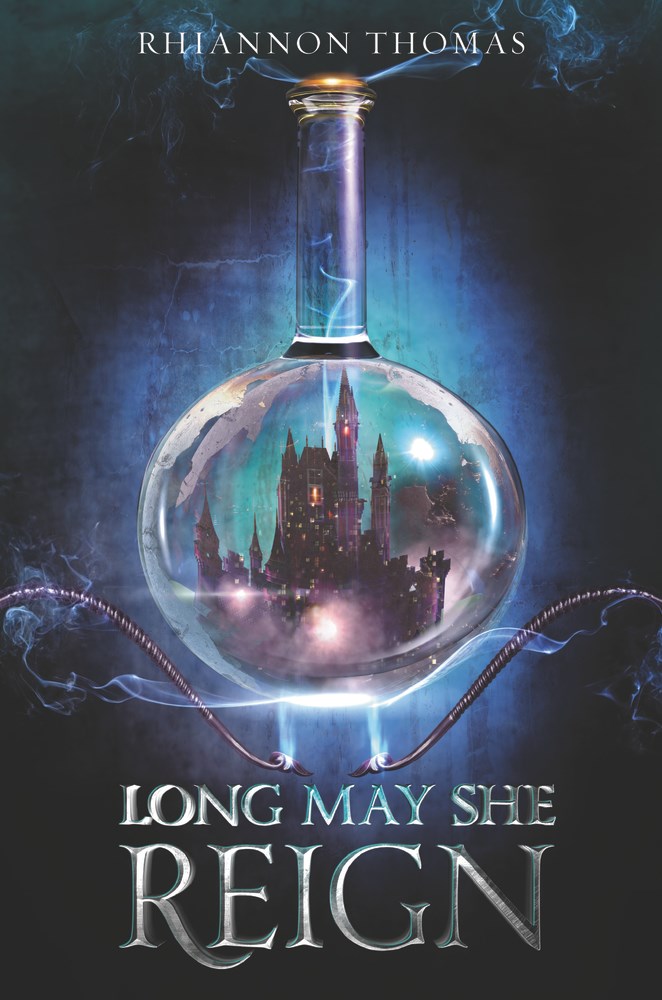 The Girl of Fire and Thorns meets The Queen of the Tearling in this thrilling fantasy standalone about one girl’s unexpected rise to power.

Freya was never meant be queen. Twenty third in line to the throne, she never dreamed of a life in the palace, and would much rather research in her laboratory than participate in the intrigues of court. However, when an extravagant banquet turns deadly and the king and those closest to him are poisoned, Freya suddenly finds herself on the throne.

Freya may have escaped the massacre, but she is far from safe. The nobles don’t respect her, her councillors want to control her, and with the mystery of who killed the king still unsolved, Freya knows that a single mistake could cost her the kingdom – and her life.

Freya is determined to survive, and that means uncovering the murderers herself. Until then, she can’t trust anyone. Not her advisors. Not the king’s dashing and enigmatic illegitimate son. Not even her own father, who always wanted the best for her, but also wanted more power for himself.

As Freya’s enemies close in and her loyalties are tested, she must decide if she is ready to rule and, if so, how far she is willing to go to keep the crown.

Freya was never supposed to be Queen. The twenty-third in line for the throne, Freya was content to be a nobody at court. Anxious in social situations and with no interest in the political games among the noble elite, Freya is much happier at home in her laboratory, where she can retreat to the comfort of scientific methodology, testing, and notes. On the King’s birthday, Freya acutely wishes she was back at her home laboratory as opposed to indulging in the decadence of the court–and so, though it is the party of the season, Freya and her friend Naomi retreat before the final cake is brought out and head home to make adjustments to Freya’s latest chemistry project.

Hours later, everyone is dead. Poisoned by the King’s golden birthday cake, the majority of the court, including the king, queen, and all of the potential heirs, are gone. And Freya, impossibly, is the new Queen. As Freya grapples with this impossible turn of events, she must conquer her fear, and decipher friend from enemy in the remaining survivors of the nobility if she has any hope of leading her people–if the murderer doesn’t get to her first.

Long May She Reign is the third novel from Rhiannon Thomas; a standalone fantasy novel about a young woman completely unsuited for leadership, suddenly thrust into the role by an act of mass murder. The premise immediately conjured one of my favorite books of the past few years, The Goblin Emperor by Katherine Addison, in which an unlikely half-goblin son becomes Emperor following a tragic accident that kills the old Emperor and all of his heirs. I loved that book dearly and, while perhaps a tad morbid, the premise of Long May She Reign is appealing–self-discovery and acceptance is one thing, but trying to accomplish that while also becoming the sovereign ruler of a kingdom fraught with uncertainty and reeling from large-scale murder is quite another. Freya’s narration reflects this immense weight of responsibility–not only does she start out the book with extreme social anxiety, but she also is out of her element at court and completely untrained in the subtleties of courtly intrigue. Gradually as the novel progresses, Freya discovers that she doesn’t have to rule like the old monarchs–instead, she slowly gains confidence and strength as a different kind of ruler, preoccupied with learning more about her people and what they truly need.

On the whole, Freya’s story is uplifting and empowering–she learns her strengths and embraces her responsibility as a leader. I appreciate this and the care Rhiannon Thomas puts in making her protagonist empathetic and showcasing Freya’s strengths by embracing themes of justice, self-acceptance, and kindness.

And yet… I cannot help but feel that Freya’s rule, and Long May She Reign in sum, is hopelessly naive and simplistic. Early in the book, Freya concerns herself with making lists of potential murderers (and leaves those notes unguarded and lying about in her not-so-secret lab), or otherwise focuses on testing arsenic for properties that would help determine if food has been poisoned.

Everything is very pat and convenient in this novel–because Freya is distressed by the fact that Poison testers are in her kitchen, she focuses on procuring a way to test the presence of arsenic in food (apparently she singlehandedly becomes the founding mother of organometallic chemistry because of her experiments). Because a woman throws herself into Freya’s path and asks her for forgiveness for not being able to pay the funeral fee, Freya learns of a tax placed on the people and overturns the ruling. Because she needs to look sympathetic and her friend, courtier Madeleine works at an orphanage for charity, Freya decides to let out the dead nobles’ houses to give the orphanage more space. Like every other plot point in this book, Freya is driven not by scientific hypotheses and deduction, but rather luck and happenstance. Conveniently all of her gambles–distributing banned pamphlets, walking in on a gustavite meeting–pay off and never fail. For a character who is so guileless such that people can read her emotions on her face at a glance, the fact that Freya is so innocent and lacking basic strategic skills, and all of her moves are reactionary… it’s frustrating.

In a similar vein, the overall mystery at the heart of the book is frustratingly simplistic and reductive–and like everything else in the book, Freya stumbles across the answer to the mystery by happenstance, not because of any big breakthrough of her own. The conclusion of the book and the manner in which Freya is able to deter the invading troops from her doorstep also feels a little too pat–including divine intervention of an unlikely weather phoenomenon–for my tastes.

There’s also a throwaway lukewarm romance in the mix (your mileage may vary), but I was pleased with the strong thread of friendship and loyalty throughout the book, particularly with regard to Freya, Naomi, and Madeleine.
Ultimately, there’s enough here to make for a solid, decent afternoon of reading–provided you are in the right mood and aren’t looking for deeper nuance or reflection. Long May She Reign is light on fantasy, especially when it comes to political power plays and worldbuilding, but perhaps that’s an unfairly harsh judgement. If you’re in the mood for a lighthearted YA fantasy with competent (if superficial) plotting and characterization, Long May She Reign should do the trick.

Over at Kirkus: Wayward Deluxe Book 1 by Jim Zub