Another day, another stash, another really damn important Laker game we MUST WIN OR DIE. 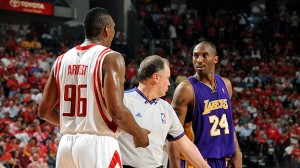 *Thea’s in a very vulnerable place today (especially when 30 mins before the game, ESPN.com takes it on themselves to post stuff like THIS) so don’t mind her* 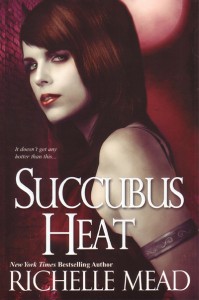 Richelle Mead’s next installment in her Georgina Kincaid series Succubus Heat officially comes out in stores on May 26th…but word on the street is, some bookstores are putting out copies early. I’ll be scourging my local chains and hunting for a copy today. You can read the first chapter of Succubus Heat HERE.

On another note, I am so very envious of folks in Germany who get these covers: 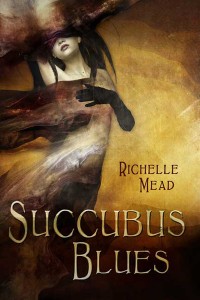 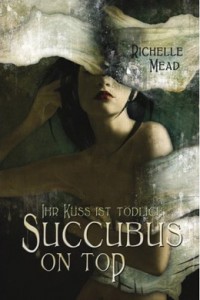 How gorgeous is that? Speaking of covers, check out the cover and blurb for Blood Promise, the next book in Richelle’s Vampire Academy series. **NOTE: HUGE SPOILERS FOR THE FIRST THREE BOOKS, IF YOU HAVEN’T YET READ THEM!** 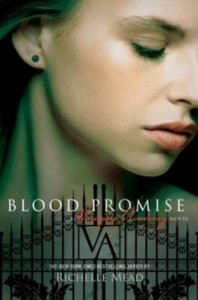 From the Back Cover:

Or has the time come to join him?

My heart shattered. My world shattered. You will lose what you value most… It wasn’t my life…it wasn’t even Dimitri’s life.

What you value most.

It was his soul.

BOUND BY LOVE, BUT SWORN TO KILL…

The rest of the world had considered Dimitri dead. And to a certain extent, he was. But I hadn’t been able to forget a conversation he and I had once had. We’d both agreed that we’d rather be dead—truly dead—than walk the world as Strigoi. It was time to honor our words.

Guardian Rose Hathaway’s life will never be the same.

The recent attack on St. Vladimir’s Academy devastated the entire Moroi world. Many are dead. And, for the few victims carried off by Strigoi, their fates are even worse. A rare tattoo now adorns Rose’s neck, a mark that says she’s killed far too many Strigoi to count. But only one victim matters . . . Dimitri Belikov. Rose must now choose one of two very different paths: honoring her life’s vow to protect Lissa—her best friend and the last surviving Dragomir princess—or, dropping out of the Academy to strike out on her own and hunt down the man she loves. She’ll have to go to the ends of the earth to find Dimitri and keep the promise he begged her to make. But the question is, when the time comes, will he want to be saved?

Now, with everything at stake—and worlds away from St. Vladimir’s and her unguarded, vulnerable, and newly rebellious best friend—can Rose find the strength to destroy Dimitri? Or, will she sacrifice herself for a chance at eternal love?

I’m literally drooling with anticipation. Blood Promise is out this August.

In other book news, Kim Harrison’s Young Adult debut novel, Once Dead, Twice Shy also is being released on May 26th! 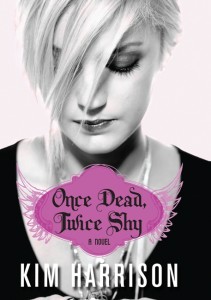 My name is Madison Avery, and I’m here to tell you that there’s more out there than you can see, hear, or touch. Because I’m there. Seeing it. Touching it. Living it.

Madison’s prom was killer—literally. For some reason she’s been targeted by a dark reaper—yeah, that kind of reaper—intent on getting rid of her, body and soul. But before the reaper could finish the job, Madison was able to snag his strange, glowing amulet and get away.

Now she’s stuck on Earth—dead but not gone. Somehow the amulet gives her the illusion of a body, allowing her to toe the line between life and death. She still doesn’t know why the dark reaper is after her, but she’s not about to just sit around and let fate take its course.

With a little ingenuity, some light-bending, and the help of a light reaper (one of the good guys! Maybe . . . ), her cute crush, and oh yeah, her guardian angel, Madison’s ready to take control of her own destiny once and for all, before it takes control of her.

Well, if she believed in that stuff.

AND the lovely folks at Harper Teen have posted the first TWO chapters of the book online! Check it out:

On Monday, Ana will review the much discussed A Hint of Wicked by Jennifer Haymore. 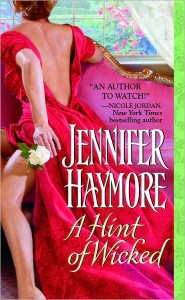 Tuesday, Thea totally switches gears and reviews Don’t Look Twice by Andrew Gross! Gross is James Patterson’s co-author and bestselling writer of thriller/suspense novels. As a genre that neither Thea nor Ana are versed in, Don’t Look Twice is definitely outside of the comfort zone. We’ll also be giving away a copy of the book, so stay tuned! 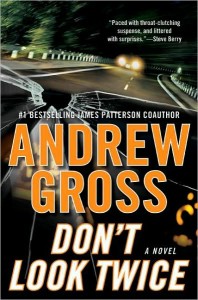 On Wednesday, we’ll have a joint review of The Black Act by editor and writer Louise Bohmer. The Black Act is a dark fantasy/horror novel from Lachesis Publishing. 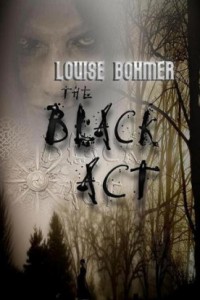 Thursday, Ana reviews Compromised by Kate Noble, and on Friday we’ll have an interview with the lovely Ms. Noble! 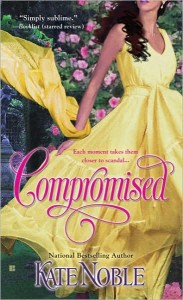 And also this week, we will give our thoughts on the season finale of LOST (OMGWTFJACOB!!!!!!), and make predictions for the show’s sixth and final season. Plus, you can probably expect some gushing over The Office finale, and a creative post in honor of Terminator: Salvation. 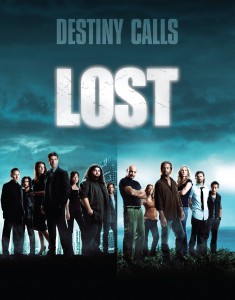 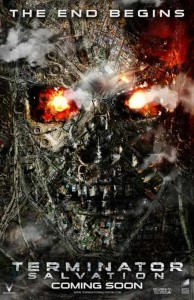 Also, if you haven’t heard the news, Ana and I are famous! We’re being interviewed by Harry over at Temple Library Reviews, and because you know how much Ana and I like to talk, our full interview will be released in installments. Part I is up now, but check back in this week for the rest of our chat with Harry!

Until next week, we leave you with this.