We are delighted to welcome Nina Allan to the blog today to talk about her new novel The Rift (out on July 11) and the inspirations behind it. 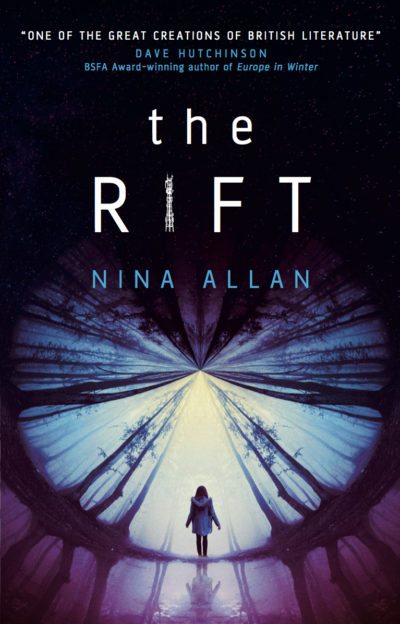 Truth or Dare? Confessions of a Mystery Addict

In his landmark book on the history and analysis of Western storytelling The Seven Basic Plots, Christopher Booker enumerates his seven story archetypes thus: Overcoming the Monster, Rags to Riches, the Quest, Voyage and Return, Comedy, Tragedy, and Rebirth. While Booker goes into meticulous and fascinating detail on the many variants and footnotes that exist in tandem with these archetypes, I have always been struck by his description of my own favourite story template – the Mystery – as ‘a wholly new type of plot’ that by implication falls outside the remit of the main discussion. The mystery is a distinctively modern archetype, Booker argues, necessitating its own separate set of sub-headings and different rules within them.

Might Booker be hinting that there is something disreputable about the mystery, something dishonourable even? I wouldn’t like to speculate, though I am sure we have all heard detective fiction referred to as ‘cheap’, ‘titillating’ or ‘trashy’ at one time or other. ‘The point of detective stories is that they derive from that part of the human psyche, the ordering function of the mind, when this becomes split off from those feminine principles of feeling and intuitive understanding which can connect it to the reality of the living world’ writes Booker. ‘It then operates on the level of a fantasy or daydream. This is why such stories are so beguiling to those who are susceptible to their charms. They create a neat little make-believe world, hermetically sealed from reality, in which the ordering function can set up its riddles’.

It’s interesting to note that these assertions, questionable on a number of levels, were printed and published as recently as 2006. All I can say is that Booker might need to think about casting his reading net a little more widely – more widely within crime fiction, certainly. Booker does go on to talk about the story of Oedipus, simultaneously denting his assertion that the mystery story is only two centuries old and providing us with an example of a mystery that he presumably considers sufficiently complex to be deemed worthy of study.

Booker does not feel comfortable venturing much beyond the accepted canon, clearly. But even within those narrow precepts, there are dozens of examples to prove that the mystery is no Johnny-come-lately but the mother of all story archetypes, and the most thrilling.

Setting aside the weird blathering about ‘feminine principles of feeling and intuitive understanding’, what I object to most in Booker’s analysis is his insistence that in order to function successfully, the mystery plot must operate within an environment that operates at one remove from the real world. Some of the greatest mysteries yet written – not to mention masterpieces of true crime literature such as Gordon Burn’s Happy Like Murderers or Ann Rule’s The Stranger Beside Me – operate exclusively within the real world, and the ever-increasing popularity of true crime dramas and series alongside police procedurals and Sherlock Holmes reboots would seem to suggest that readers and viewers find mystery stories to be most compelling precisely where they most intersect with the world they recognise as their daily reality.

Mystery stories have always been about more than puzzle-solving. Recent novels by Jon McGregor (Reservoir 13) and Adam Thorpe (Missing Fay) have made use of the crime mystery template in narratives that are actually about shining a spotlight on communities and the social, familial and emotional pressures at their heart. Indeed the defining characteristics of a successful mystery story involve digging beneath the surface of apparent normality, unearthing secrets, exposing to the light that which has been hidden.

During her lifetime, the novelist Patricia Highsmith was usually described as a thriller writer, yet her books are actually mysteries of the most masterful kind. Highsmith specialised in stories that start out looking like conventional murder plots but that soon morph into ambiguous psychodramas with no other close equivalent in the whole of crime fiction. In many cases, Highsmith’s protagonists draw back from the act of murder, only to blunder into situations where they stand accused of the very crime they did not commit. These would-be killers inhabit landscapes tinged with melodrama but built on the sturdiest foundations of banality. It is this very ordinariness that captivates, for it is also ours.

Highsmith has been an inspiration to me for many years, as much for her refusal to provide us with answers as her delight in throwing out mysteries for us to solve.

My interest in crime and mystery writing stems not from the crime as such, but from that sense of the uncanny that predominates when the world has been knocked out of kilter through an action, or series of actions that throw accepted reality into doubt. In writing The Rift, I did not want to lead readers towards a ‘correct’ solution to the mystery of what happened to Julie, but rather to present them with a conundrum that is in some sense insoluble and then let them decide for themselves where the boundary between reality and fantasy actually lies. Julie’s fascination with unsolved mysteries – the fictional disappearance of Australian schoolgirls in Joan Lindsay’s novel Picnic at Hanging Rock, the real-life impersonation of the Grand Duchess Anastasia Romanov by Anna Anderson – further underscores this point. The most important aspect of The Rift is not Julie’s disappearance, but what happens to those affected in the wake of it. Above all I became preoccupied by the bond between the two sisters: Selena and Julie’s relationship might seem to have survived separation, but can it survive uncertainty?

For me, the greatest test of a mystery story lies in its ability to be compelling beyond that first, breakneck read in search of an answer. By contrast with Christopher Booker’s assertion, the most dynamic part of any mystery is not the rigid and logical progress towards a solution, but the texture, tone and depth of the mystery itself.

Nina Allan has been the recipient of the British Science Fiction Award, the Liverpool John Moores Novella Award, and the Grand Prix de L’Imaginaire. Her short fiction has appeared in many venues including Best Horror of the Year #6, The Year’s Best Fantasy and Science Fiction 2014 and The Mammoth Book of Ghost Stories by Women. Her debut novel The Race was shortlisted for the John W. Campbell Memorial Award and the Kitschies Red Tentacle. She lives and works in North Devon, England.