Today’s guest is Nick James, author of the SciFi series Skyship Academy whose first book, The Pearl Wars was released last year (check out our review here). Book 2 Crimson Rising is out this month and we invited the author over to talk about inspirations and influences. 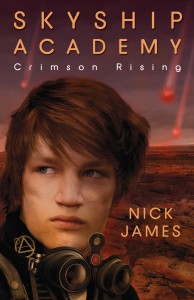 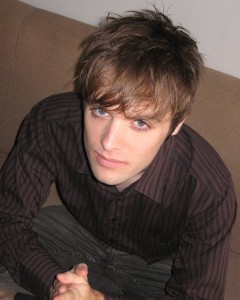 Please give it up for Nick!

The first books that I can remember being obsessed with were R.L. Stine’s Goosebumps series. I think this is pretty typical of someone growing up in the late 80’s and early 90’s. I liked how every chapter ended in a cliffhanger and the plots were fast, fantastical and something that, even as a kid, I could finish in a day. I wouldn’t really describe my child self as a “reluctant reader,” but I’ve always had a very creative mind and preferred creating my own stories rather than consuming others. So for a book to really capture my attention, it had to be epic and fast. 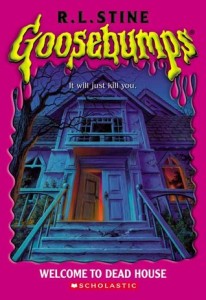 As I grew older, I got my “epic and fast” fix through comic books. I became an enormous fan of every title in the Marvel Universe, so much so that I could rattle off even the most hardcore facts about the most minor of characters. I still love the format of comics and graphic novels, and try to infuse inspiration from my favorites in every book that I write. One such favorite that’s really stuck with me is Brian K. Vaughn’s initial run on the Marvel series, Runaways. 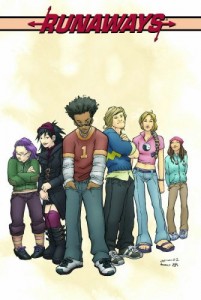 It’s a bit more recent (maybe five or six years ago?), and deals with teenagers who discover that their parents are secretly super villains. The whole “misfit band of kids on the run” is an old standby when it comes to stories aimed at young adults, and it’s definitely something that’s been incredibly romanticized, but it’s a concept that always resonates with me. I love the give and take of dialogue that occurs in a “Scooby Gang” (Buffy reference, as if you didn’t know!), and the clashing of personalities that’s often heightened when the characters are in those awkward, formative years. 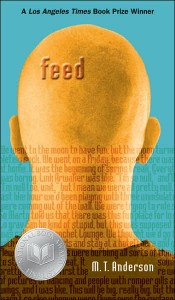 When it came to the Skyship series as a whole, I was definitely inspired by M.T. Anderson’s Feed, which is one of my absolute favorite contemporary science fiction books for young adults. It’s much more of a character study and philosophical conflict than slam bam action thrill ride, but the language and writing style were always in the back of my mind. For Crimson Rising, specifically, I really wanted to look at some of my favorite sequels and draw on those for inspiration. I’m a huge movie buff, and my favorite action movie just happens to be a sequel. So it was with this thinking that I revisited Terminator 2: Judgement Day for the gazillionth time. I liked the first Terminator, but I was thoroughly impressed by how James Cameron was able to widen the scope of the world, buckle down on the tension and deepen character with the second film. I think it’s really the perfect sequel. There’s just an incredible sense of impending doom throughout the entire story. I wanted that for Crimson Rising, especially since the world of Skyship had already been established in the first book.

About the author: When he was a young boy, Nick James’ collection of battle-scarred action figures became the characters in epic storylines with cliffhangers, double crosses and an unending supply of imaginary explosions. Not much has changed. The toys are gone (most of them), but the love of fast-paced storytelling remains. Working in schools from Washington State to England, Nick has met thousands of diverse students since graduating from Western Washington University and braving the most dangerous job in the world: substitute teaching. Luckily, being dubbed the “rock star teacher” has granted him some immunity. He currently lives and teaches in Bellingham, Washington.