All The People That You Used To Be: William Ritter on the Thirteenth Doctor

We are thrilled to have William Ritter, author of the Jackaby series–a YA historical paranormal mystery series following the irascible R. F. Jackaby, and his assistant Abigail Rook. 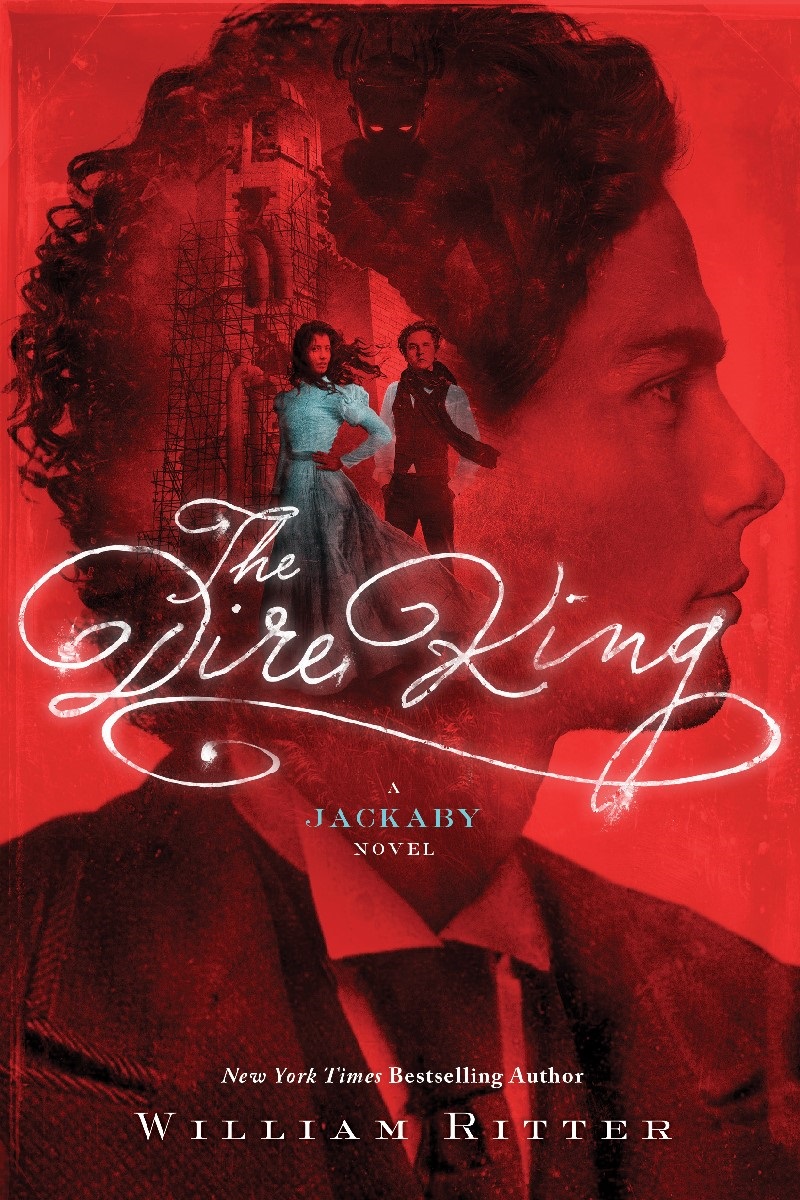 Give it up for Will, folks.

All The People That You Used To Be

It’s official. Taking down her hood, Jodie Whittaker has taken up the mantle of the thirteenth Doctor. For the first time in history, the TARDIS will have a woman at the helm, and the internet has predictably exploded. Already, there are vehement critics and the inevitable misogynistic diatribes, but news of the doctor’s re-gender-ation has been celebrated by countless fans and former cast members, most of whom see this as a step forward. The sixth Doctor, Colin Baker, heralded the transition with a line from his own first appearance. “Change, my dears, and not a moment too soon. She IS the Doctor, whether you like it or not.”

But change is hard. Change is leaving the familiar, saying goodbye—and nobody likes goodbyes. Least of all the Doctor. Why say goodbye by when he was already fantastic?

I’ve been thinking a lot about goodbyes. I wrote a series of novels over the past few years, and this August I will release the final book in the set. I have loved these characters, and it is bittersweet to write their final chapter, but I want to end it properly. I needed to go forward. This year, for the first time in years, I found I did not have a draft due on my birthday. So, rather than spending the day writing the last adventures of a tactless, enigmatic man and his stalwart companions, I spent it watching them instead.

Airing on my birthday was The Doctor Falls, Peter Capaldi’s final episode. As the show draws to a close, it becomes clear that Capaldi, like every Doctor before him, is preparing to say goodbye and let the TARDIS go forward without him. It’s hard. It’s always hard. Even as Capaldi resists regeneration, his monologue travels back in time to a few last lines of his predecessors: “I don’t want to go,” he says in homage to David Tennant. “I will always remember when the Doctor was me,” he echoes Matt Smith.

When William Hartnell pioneered the role in 1963, Doctor Who was ostensibly an educational program. Trips to Ancient Egypt were meant to teach history, trips to the stars to teach science. The show quickly became something else, and the lessons something more. Science became pseudoscience and history became fantasy—but low-budget aliens with plungers for arms somehow taught us more about humanity than history lessons. Heartless metal monsters taught about love, and scary villains taught us to be brave. Hartnell created something with twice as much heart as anyone involved might have imagined possible. Two hearts.

And then the Doctor died.

It was a decision based both on Hartnell’s failing health and on the BBC’s interest in protecting their investment. It was reported to be a mutual decision, although the usually stoic Hartnell admitted that he did not want to go, in the end. As he regenerated into Patrick Troughton, the first Doctor taught his audience and his successors one final lesson, maybe the most significant and lasting lesson of them all: how to move on.

A few weeks ago, my son graduated from the fifth grade. There were tears. He has to leave behind his school, his teachers, and many of his friends—hardest of all, he must also leave behind the person that he was in elementary school and discover the boy he is becoming next. It’s hard. Its frightening. It’s exciting. The senior students I taught all last year are moving on, as well. Many of them are saying goodbye to their families and hometowns for the first time as they head off to college or the military, or move into the work force as adults. Some of them cannot wait to put behind them the awkward kid they used to be. Others cannot hold on tightly enough. All of them must go forward.

Changing is painful, but we must, if we are to go forward. None of us can become the person we are meant to be until we let go of the person we once were. That role is over. We struggle under the weight of it until we accept that it is time to move on. It does no honor to our past to let ourselves stagnate and rot. We must go forward. We learn from those previous incarnations—we memorize the epitaphs of our past, and we grow. “We all change, when you think about it, we’re all different people; all through our lives,” Matt Smith’s Doctor ruminates in his own last episode, “and that’s okay, that’s good, you’ve gotta keep moving, so long as you remember all the people that you used to be.”

It is a strange sensation to grow. Stranger still to be aware of it, to look back on it. Walking back through the halls of our elementary schools, the classrooms seem so small. Looking back through history, our ancestors seem so lost. That perspective can make looking forward all the more frightening. Accepting that we must go on means accepting that a part of us must be left behind. The incarnation of ourselves that must make that choice is the one that will soon look small and lost from the distance. “Even if I do change,” David Tennant’s Doctor reflects before his regeneration, “it feels like dying. Everything I am dies. Some new man goes sauntering away… and I’m dead.”

And so we resist, on the small scale and the large. Society fights against change with protests and votes and furious letters to the editor. We try so hard to preserve the familiar culture we know and trust—the good old days, the tried and true. But then, before we know it, the revolution becomes the regular. Progress becomes the past. In time, we can’t imagine what we were so afraid of these things in the first place. We go forward.

Change calls us to adapt. Its frightening. It’s exciting. We have to figure out who we are in our world all over again, as though we’ve got new ears or teeth or kidneys. It’s hard to stop being a fifth grader. It’s scary to become an adult. It’s painful to progress—but that pain is healthy. Those tears are good. The aliens teach us how to be human, the fear teaches us how to be brave, and the tears teach us how to be optimistic. “Where there’s tears, there’s hope,” Capaldi says.

The Doctor Falls teases at a Christmas Special that will say goodbye to this Doctor even as it reminds the Doctor how to say goodbye to himself. True to his word, William Hartnell will return (at least in spirit, thanks to a performance by David Bradley), and he is sure to help a reluctant Capaldi recall that lesson the very first Doctor taught us all, so many years ago. The production promises to remember all the people that he used to be—and look forward to the person that she will become. “Until then, there must be no regrets,” Hartnell’s voice seems to echo back at us, “no tears, no anxieties. Just go forward in all your beliefs and prove to me that I am not mistaken in mine.” 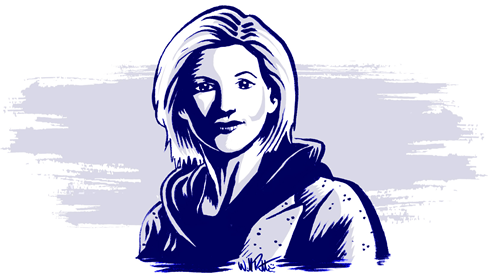 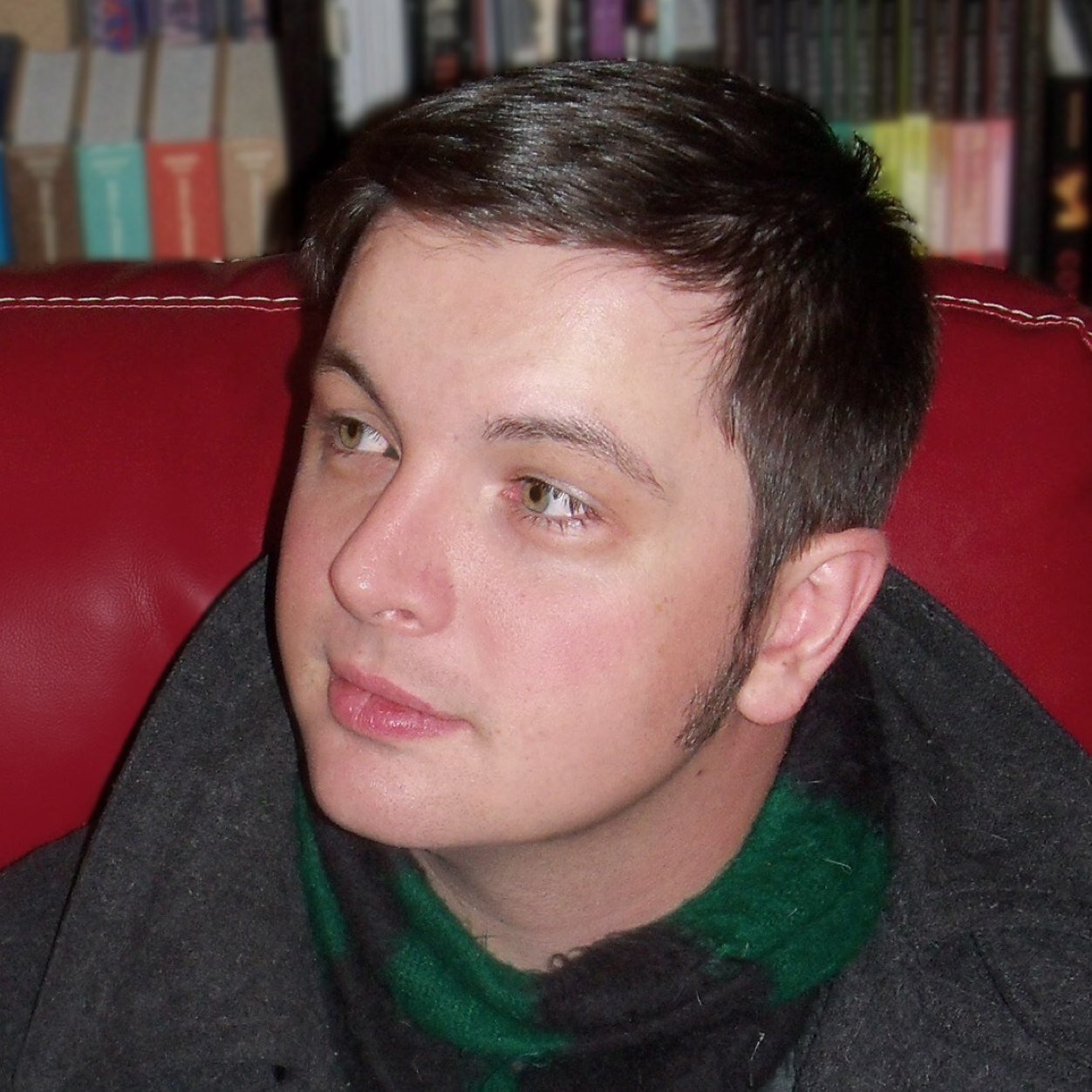 William Ritter is an Oregon educator and the author of the NYT-bestselling JACKABY series, often called “Sherlock meets Doctor Who” by reviewers. The fourth and final novel, THE DIRE KING, will release on August 22, 2017.

Learn more about the Jackaby series by visiting the official website: www.jackaby.com