We are delighted to welcome Angela Slatter here today to celebrate the release of a new Verity Fassbinder novel – Corpselight, the sequel to Vigil – by talking about the new monsters in it. 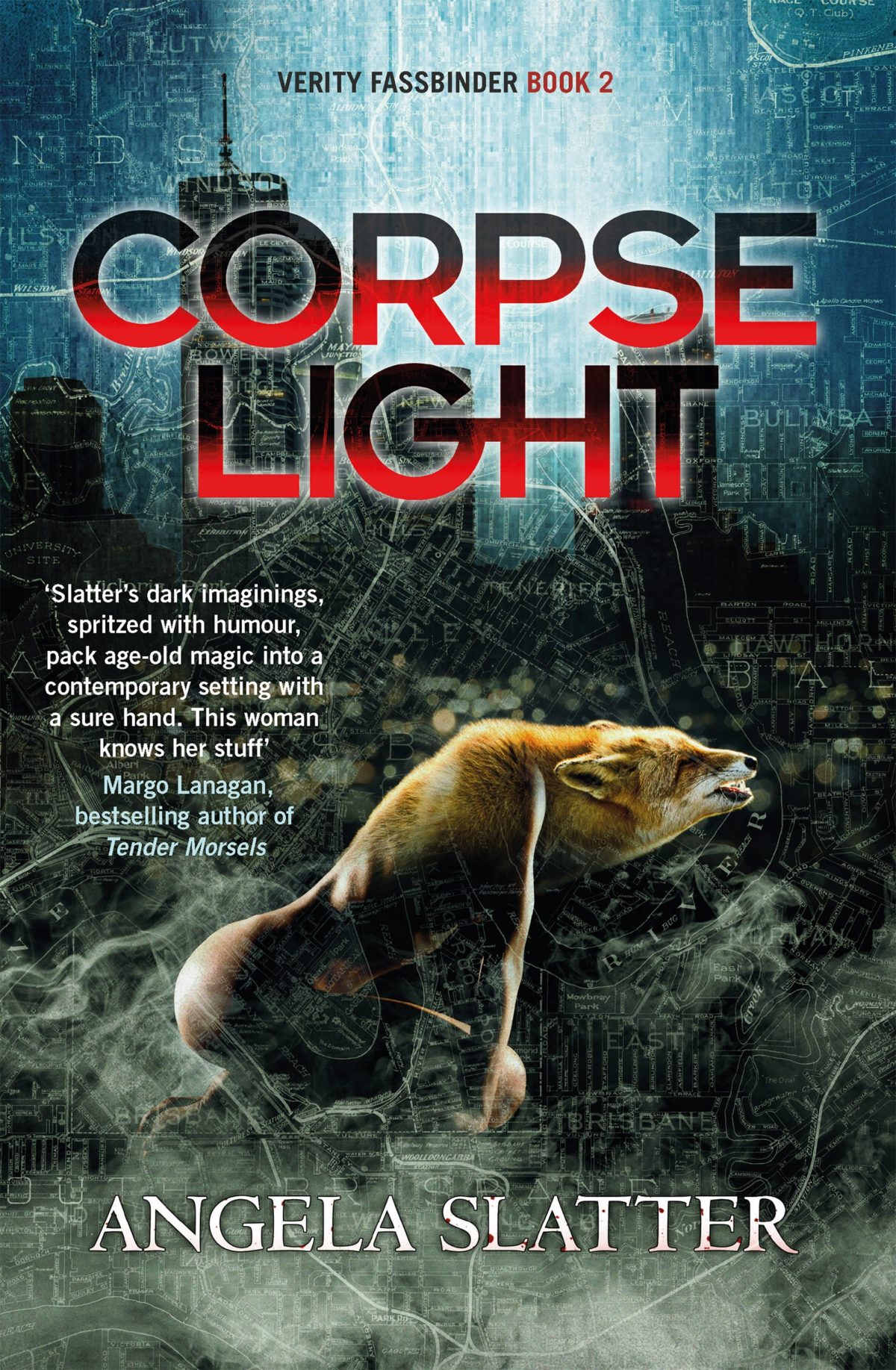 So a new Verity Fassbinder novel – that would be Corpselight – required some new monsters. As is my wont, I like to dip back into the depths of mythology and folklore to find my inspiration before adding a bit of a Fassbinder twist to my creatures. I give you my Five New Fassbinder Monsters.

The Undine:
Undines are elementals associated with water. They are generally found lazing around in waterfalls and forest pools, and are cousins to nereids and mermaids et al. They don’t have souls, poor things, but can acquire one if they marry a mortal. Here’s the thing: the man who marries an undine? He needs to be sure he can remain faithful. If he strays, he’s kaput – and why not?

In Corpselight I wanted a water creature, but not a mermaid – there are always mermaids, we know what they’re like – so I went for the undine. They seemed a bit more relaxed and I really liked the idea of them as the slackers of the watery folk. Specifically, I say they’re the Yogi Bears of the Weyrd world, given to stealing picnic baskets and lazing on rocks in the Brisbane River. The one Verity talks to has a taste for donuts and is a source of some interesting information that leads V to a surprising series of discoveries about her own family …

The Smågubbar:
Years ago, a friend phoned me to say that he was pretty sure he’d seen a troll in a large sunhat driving a car. I saw no reason to doubt him then, and still have no reason to do so. I couldn’t work that into Vigil, but when I was writing Corpselight I remembered that moment.

I later decided I didn’t want a traditional old troll – how do you get them out from under bridges? – so I started researching similar kinds of critters. I knew there was going to be some beach-related action and thought some sort of a trickster would work nicely. I also wanted one that was a lot more dangerous than merely a pixie or some such. I found the smågubbar, described in Pagan Magic of the Northern Tradition: Customs, Rites, and Ceremonies as “malicious land wights”. They used to lead ships off course, interfere with the catch and be generally unhelpful. I also found that sometimes the fisherman used a labyrinth pattern to distract and confuse the little people so they couldn’t get onto the ships before they sailed – as I’d already decided I wanted a labyrinth at Ocean’s Reach this fit perfectly!

Corpselights:
I love this word. So very much. Let’s face it, the book is called Corpselight because I just love this word. I also love the phenomenon; I’d written about it in a short story called “The Heart is a Mirror for Sinners” and clearly it was still in my forebrain when I started the second Verity novel.

As V explains to David, The overarching term is will o’the’wisps, but they’re also called foxfire or ignis fatuus – fool’s fire – plus friar’s lantern, hobby lantern or hinkypunk. Some think they’re the ghostly dead, fairy lanterns, spiteful fae or the spirits of unbaptised babies. Some will lead you into marshes and bogs and make sure you go astray. Corpselights , though, are generally seen in cemeteries as balls of light or fire over graves. I just really like the idea of spirits escaping the clutches of death, even if for just a little while, because they’ve got something better to do with their time.

Kitsune:
I love the idea of the kitsune in Japanese mythology as wise old magical spirits, sometimes as tricksters, sometimes as faithful companions and others as “witch animals”. Some are out to steal souls, trick humans, some are just happy to be friends. Kitsune-related creatures are a common figure across South-East Asian cultures: in China they’re húli jīng, in Korea they’re kumiho. What they have in common is shape-shifting ability. The more tails they have, the more awesome they are. Each culture has its own specific legends and tendencies – but basically I love the word “kitsune” the most. I don’t know why, I just do.

So, when I wanted a trio of shape-shifting, sword-wielding, kickass girl assassins? Cool, nasty, dangerous? Well, of course they were going to be kitsune.

Water eidolon:
Verity gets a lot done by kicking things, strangling them, and breaking a lot of other stuff when she’s in physical danger. I wanted to put her in more peril in this book (Sorry, V!), so I thought “What else can I do to her?”

Answer one: Take away her strength. Like Samson after a haircut, she’s as weak as a kitten whilst pregnant – because being up the duff just isn’t inconvenient enough!

Answer two: What can’t she hit or hurt, strength or no? Something made of water …

Angela Slatter is the award-winning author of eight short story collections, including A Feast of Sorrows: Stories, Sourdough and Other Stories, The Bitterwood Bible and Other Recountings, and Winter Children and Other Chilling Tales. She has won the World Fantasy Award, the British Fantasy Award and five Aurealis Awards. Her short stories have appeared widely, including in annual British, Australian and North American Best Of anthologies, and her work has been translated into Spanish, Russian, Polish, Romanian, and Japanese. Vigil was her first solo novel, and the sequel Corpselight is due out in July 2017. Angela lives in Brisbane, Australia.

Corpselight is out now from Jo Fletcher Books