Roses and Rot by Kat Howard 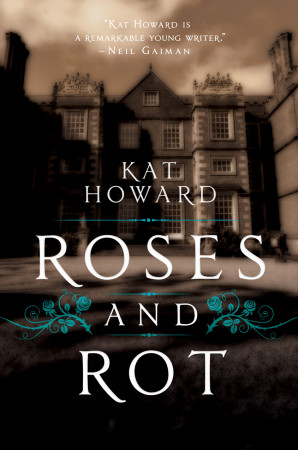 What would you sacrifice for everything you ever dreamed of?

Imogen has grown up reading fairy tales about mothers who die and make way for cruel stepmothers. As a child, she used to lie in bed wishing that her life would become one of these tragic fairy tales because she couldn’t imagine how a stepmother could be worse than her mother now. As adults, Imogen and her sister Marin are accepted to an elite post-grad arts program—Imogen as a writer and Marin as a dancer. Soon enough, though, they realize that there’s more to the school than meets the eye. Imogen might be living in the fairy tale she’s dreamed about as a child, but it’s one that will pit her against Marin if she decides to escape her past to find her heart’s desire.

Kate Howard on the cover:

Seeing what the cover for Roses and Rot would look like was the part of the publication process I was most nervous about. What if it looked wrong? What if I hated it? Thankfully, neither of those things came true. In fact, when I opened my editor’s email attachment and saw it, I cried. Partially because, it was the first time, Roses and Rot didn’t just feel like a ninety thousand word document in 12-pt Courier that lived on my computer, but like a Real Book. But also, because it is so right. The cover feels like the book does in my head. The building looks intriguing and full of secrets, a place you want to go, but you know it’s more than it seems, just like Melete, the artists’ colony where the story takes place. The stylized roses and thorns are perfect for Imogen and Marin, the sisters at the heart of the story, and the life they are working towards – full of beauty, but sharp and bloody at the same time. In this case, I’m delighted to have you judge my book by its cover, and I can’t wait for you to be able to read Roses and Rot.

A Green and Ancient Light by Frederic Durbin 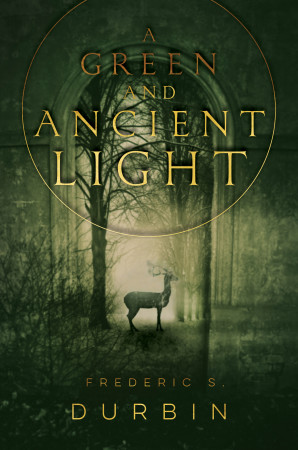 Set in a world similar to our own, during a war that parallels World War II, A Green and Ancient Light is the stunning story of a boy who is sent to stay with his grandmother for the summer in a serene fishing village. Their tranquility is shattered by the crash of a bullet-riddled enemy plane, the arrival of grandmother’s friend Mr. Girandole—a man who knows the true story of Cinderella’¬s slipper—and the discovery of a riddle in the sacred grove of ruins behind grandmother’s house. In a sumptuous idyllic setting and overshadowed by the threat of war, four unlikely allies learn the values of courage and sacrifice.

Frederic Durbin on the cover:

A Green and Ancient Light is the story of one summer spent in emerald forest depths, reflected in the green and gold of the cover. Shadowy edges hint at the danger that threatens a young boy’s idyllic life. With composition and balance, the cover artist conveys the book’s blend of deep mystery and simplicity. As the book’s author, my favorite aspect of the artwork here is the archway–which, like the deer at the center, is both solid and ghostly, ethereal; for the book itself is an arched door, opening into the realm of Faery . . . inviting the reader into the past, when dreams were as real as stone and whispered in the leaves, when days lasted forever and a summer could shape a life. 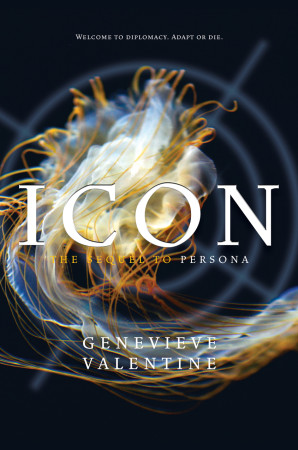 A year ago, International Assembly delegate Suyana Sapaki barely survived an attempt on her life. Now she’s climbing the social ranks, dating the American Face, and poised for greatness. She has everything she wants, but the secret that drives her can’t stay hidden forever. When she quickly saves herself from a life-threatening political scandal, she gains a new enemy: the public eye.

Daniel Park was hoping for the story of a lifetime. And he got her. He’s been following Suyana for a year. But what do you do when this person you thought you knew has vanished inside the shell, and dangers are building all around you? How much will Daniel risk when his job is to break the story? And how far will he go for a cause that isn’t his?

Genevieve Valentine on the cover:

Navah and I always knew the cover for PERSONA would be tricky; it’s a world only slightly sideways from our own, which is hard to convey, and features two protagonists whose portraits would also make for some tap-dancing. (A portrait of Suyana would have made sense—she’s a diplomat in a world of celebrity diplomats, having her picture taken is what lands everybody in crisis to begin with—but so much is going on behind each of those shots that we didn’t want to dictate to the audience how Suyana looks in them. That kind of fury is sometimes best imagined in stages.) So we and our cover designer, Michael, decided early that the focal image should be what Suyana sees herself as, the thing she most prides herself on: the snake. The detail work was perfect, putting her in the crosshairs of a camera lens—Daniel might not end as her enemy, but he sure doesn’t start as her friend—and it had a stark quality I loved.

For ICON, the sequel, we knew it was a visual theme we wanted to keep. It felt like a calm place in Suyana’s mind; some essential and sure part of herself she keeps hidden—or tries to; by now, Daniel knows her too well. The jellyfish itself is both a striking image and something of a spoiler, but let’s just say it’s a harsh reminder for Suyana that she’ll never be done struggling against the traps her double life sets for her, shifting shape to keep from drowning. (There’s a reason the tagline is “Adapt or die”). Things are so dire for her, in fact, that the camera lens is gone—Suyana needs both Daniel and the cameras now, the threats come from elsewhere. It’s just the gun sight aimed at something that seems easy to catch but carries more poison than you expect.

A Smugglerific Cover: Bearly a Lady by Cassandra Khaw