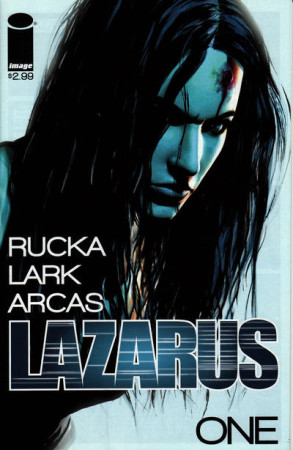 Eisner-winning team of Rucka and Lark’s critically acclaimed new series about Forever Carlyle, the Lazarus of the Carlyle Family.

In a dystopian near-future, government is a quaint concept, resources are coveted, and possession is 100% of the law. A handful of Families rule, jealously guarding what they have and exploiting the Waste who struggle to survive in their domains. Forever Carlyle defends her family’s holdings through deception and force as their protector, their Lazarus. Shot dead defending the family home, Forever’s day goes downhill from there…

In the dystopian future as imagined in Lazarus, centralised governments no longer exist. Instead, a handful of prevailing houses – or Families – have all the power. Their authority and influence depends on their wealth, from what kind of product they own in order to maintain said influence: weapons, genetically-modified grains, science. The truce between different Families is fragile and war always looms in the horizon.

The most important members of each Family are its most immediate members – depending on the bloodlines that connect them. Those lucky enough to be useful to a Family become Serfs and they are protected and well-estimated enough to be kept alive but only for as long as the Family deems necessary. Everybody else is a Waste. You can imagine what this means.

And then there is the Lazarus. In each Family, there is one member who is their sword, their messenger, their protector. They are trained, armed and genetically modified with every scientific advantage so they cannot be killed. If they do get killed, well, they do not remain dead for long. If you happen to be the one who attempted to kill a Lazarus, best of luck and see you in hell.

The Lazarus of the Family Carlyle is named Forever and most of the story in Lazarus evolves around her. As the youngest child of the Carlyles as well as a Lazarus, Forever is simultaneously the most powerful person in this story as well as the most fragile. It is an interesting line that the plot threads: the story seen from Forever’s perspective is not the one we know to be unfolding.

Both strong and vulnerable, her arc is one that is clearly demarked from the opening sequence when she is killed by a couple of Wastes. As a Lazarus she is capable of self-regeneration and she doesn’t stay dead long and kills them swiftly. Later, when debriefing, she expresses concern over having to kill people who only wanted to find something to eat. Those concerns are removed from her conscience by her handler but we know that they are not really gone for good. Further, Forever is not a real Family member in the way she believes she is, her loyalty might be heartfelt and genuine and her desire to be loved heart-wrenching, but she is nothing but a tool for her “siblings” and “father”. There is also an element of “Romeo and Juliet” as she is shown to have feelings to the Lazarus of another Family. There is a lot of potential here for this character’s development and I feel we only but started to see what she is capable of in the first four issues that this volume collects.

With regards to the worldbuilding, the story so far is mostly concerned with the Family set-up: their pettiness, their grasp for more control. We hardly see what’s outside their realm of influence – apart from a few panels that disclose that there is a world aside and it is falling apart.

On that note , the ratio Family : Serf : Waste within Family holdings is often of such disparity that it is hard to imagine how this world has been able to structurally maintain itself for any period of time at all. For example, the Morray Family’s set up in Mexico is 1 : 22 : 12782. There is not enough influence and weaponry on the “powerful” side to keep 12782 people from revolting – and the story does not at this stage, show exactly HOW each Family exerts the power they have over this amount of people. This is a problem I often have with Dystopian set-ups though. And in fairness, this limited viewpoint makes sense in the first volume, so hopefully the details of the world and the appalling differences between Waste and Family will be the actual subject of the main story going forward. 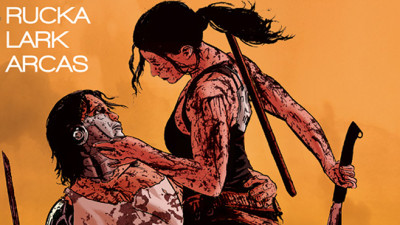 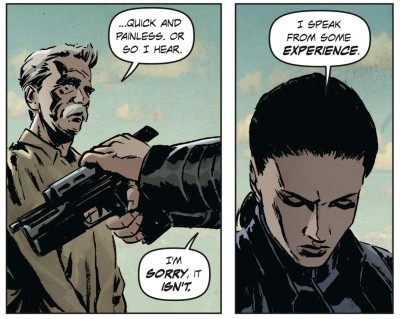