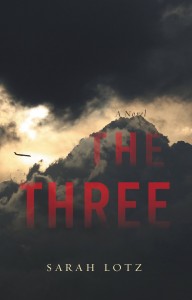 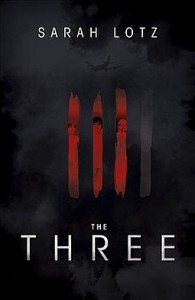 Four simultaneous plane crashes. Three child survivors. A religious fanatic who insists the three are harbingers of the apocalypse. What if he’s right?

The world is stunned when four commuter planes crash within hours of each other on different continents. Facing global panic, officials are under pressure to find the causes. With terrorist attacks and environmental factors ruled out, there doesn’t appear to be a correlation between the crashes, except that in three of the four air disasters a child survivor is found in the wreckage.

Dubbed ‘The Three’ by the international press, the children all exhibit disturbing behavioural problems, presumably caused by the horror they lived through and the unrelenting press attention. This attention becomes more than just intrusive when a rapture cult led by a charismatic evangelical minister insists that the survivors are three of the four harbingers of the apocalypse. The Three are forced to go into hiding, but as the children’s behaviour becomes increasingly disturbing, even their guardians begin to question their miraculous survival…

How did I get this book: ARC from the publisher (UK)

Why did I read this book: I have been coveting and eagerly anticipating this book ever since I first learned about it from our friends from Pornokitsch last Smugglivus. When I received a copy of the gorgeous UK edition ARC from Ana, I was ecstatic. This sounded like everything I could ever want in a horror novel.

It happens on a Thursday.

Four airplanes in four different parts of the world crash. Every single passenger on each plane dies in the wreckage… except for three young children. From the plane that crashes in the Aokigahara forest, a Japanese boy named Hiro Yanagida emerges untouched. In the Florida Everglades crash, the American Bobby Small inexplicably survives although everyone else perishes. In Portugal, a young British girl named Jess Croddock is recovered from the wreckage with minor injuries. The last crash in Cape Town, South Africa, has no survivors… or does it?

These three children, Bobby, Hiro and Jess, are known to the world as the Three – the survivors of Black Thursday, and source of seemingly endless speculation and media attention. Eventually, there’s fear, too – especially when a pastor in the United States seizes on the idea that the children are harbingers of the apocalypse (and that a fourth survivor in Cape Town must have emerged). Conspiracy theories, paranoid delusions, and alien abduction stories sprawl out of control and consume the public consciousness. While most people dismiss these wild speculations out of hand, the fear begins to grow – even with the caretakers of each of the surviving children.

And then the strange things start to happen. Bobby’s grandfather starts becoming more lucid as his Alzheimer’s disease inexplicably improves; Hiro cannot speak except through a hyper-realistic twin android, crafted by his father; Jess’s uncle is plagued by nightmares and the smell of rotting flesh, gradually driven mad by the creature who cannot possibly be his beloved niece.

Something is not quite right with the three.

Highly anticipated and hyped, The Three is screenwriter Sarah Lotz’s big international debut novel, acquired and released with much fanfare. The early reviews have been overwhelmingly positive, too, calling The Three THE thriller of the summer, an engrossing horror novel, and so on and so forth. Naturally, I was incredibly eager to dive into this book – I mean, how could anyone resist that premise!?

Ultimately, The Three isn’t quite the book I was expecting.

The first thing to note is that this is an epistolary novel. It is, in fact, a meta-novel-within-a-novel of sorts, with a journalist pulling together interviews, recordings, chat transcripts, and articles to tell a story about the infamous plane crashes and its survivors. In a World War Z oral history style, The Three spans different continents, several characters, and various media sources. It’s a story about gathering and conveying information; it’s a very clever treatise on how stories unfold and the inherent unreliability and bias that every observer brings to a narrative.

At the same time, as much as it pains me to say it, nothing really happens in this book. It’s very, very clever and for the most part, Lotz handles the shift in voice and tone with adroitness – but it’s a book that is all style and cleverness, without ever actually serving up the heaping pile of horror promised by its premise. (Or, rather, by the time it serves up its bloody finale, it’s too little, too late.) A side effect of so much character jumping also means that there’s very little actual growth, attachment, or depth to any single voice in the novel. Plus, as with any ensemble cast story, certain characters are more compelling than others. I loved reading the 2chan transcripts between the reclusive (almost hikikomori) Ryu and online pseudo-celebrity Chiyoko (who becomes caretaker for her nephew Hiro). Their relationship builds slowly and beautifully over the course of online messaging media, and Lotz does a fantastic job of showcasing that connection with authenticity and skill. Conversely, the overt ridiculousness of the zealous Pastor Len Voorhees and his mindless apocalyptic disciples was grating because of its superficiality and predictability. Too, The Three relies on genre staples for horrific imagery – ghostly apparitions swinging from trees, ghostly figures crying from the end of someone’s bed, the smell of rotting flesh, and so on and so forth. While some of this is very effective (think: Hiro whispering to his android twin), there’s also a slightly cheesy “gotcha!” quality to certain images (tears of blood that disappear in the next scene).

I wish that I had more to say about The Three – but there really isn’t too much beyond the stylistic setup and promise of the premise. Slightly creepy things happen around the three children in an overlong hodgepodge narrative that is clever, but almost too clever for its own good.

In short: The Three was fine, but a bit insubstantial (despite its physical heft). I’ll certainly try more of Sarah Lotz’s work in the future, but would direct readers towards books like M.R. Carey’s The Girl With All The Gifts or Rin Chupeco’s The Girl from the Well for outstanding new horror novels (incidentally, featuring freaky kids) of 2014.

Rating: 6 – Good , I guess. It’s a competent book, but nothing to get excited about.

Reading Next: Kiss of Deception by Mary E. Pearson