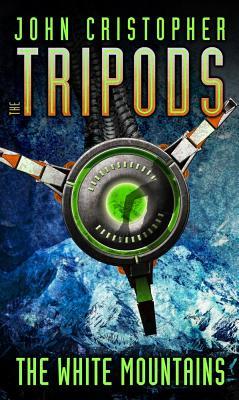 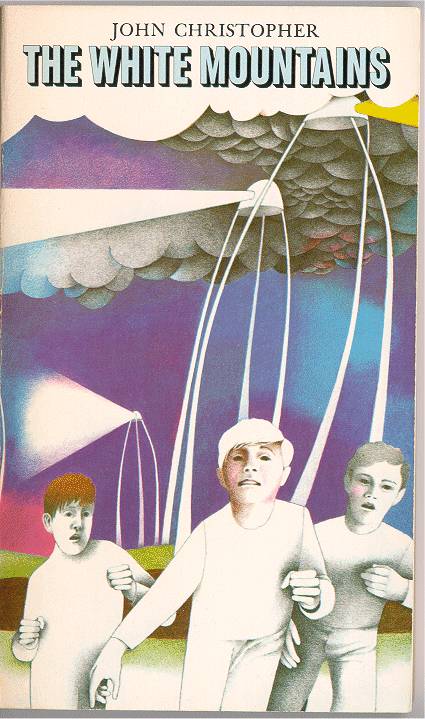 Long ago, the Tripods–huge, three-legged machines–descended upon Earth and took control. Now people unquestioningly accept the Tripods’ power. They have no control over their thoughts or their lives. But for a brief time in each person’s life–in childhood–he is not a slave. For Will, his time of freedom is about to end–unless he can escape to the White Mountains, where the possibility of freedom still exists. The Tripods trilogy follows the adventures of Will and his cohorts, as they try to evade the Tripods and maintian their freedom and ultimately do battle against them. The prequel, When the Tripods Came, explains how the Tripods first invaded and gained control of the planet.

Standalone or series: Book 1 in the Tripods series

Why did I read this book: I’ve had my eye on this book ever since it popped up on an Old School Wednesday poll last year. (Truthfully, John Christopher has been on my radar for years, ever since I desperately tried to find a copy of The Death of Grass before being repackaged in the US!) Tripods, teenage protagonists, and a desperate bid for freedom against alien oppressors – how could I resist?

Once upon a time, humans built great, magical things – great machine carriages that could travel on rails, enormous ships to sail vast seas, and towers, and tunnels, and other such marvels. That time has long passed, though, and humanity has fallen. The Tripods came, bringing with them absolute authority and upending human life. Now, so many years later, humankind’s old achievements are forgotten relics, while the Tripods watch from their metal hemispheres above.

Thirteen year old Will is both excited and terrified at the prospect of his Capping Day, every child’s first true interaction with a Tripod. In just a year, he make the passage from boy to man, marked by the ceremony in which a Tripod will reach down and take Will into itself. On that momentous occasion, Will will receive his “cap” – a mechanical implant that will connect him to the Tripods, and will mark his new status as a contributing adult to his village. Of course, some cappings are not so successful and 1 of every 20 is reduced to a babbling, incoherent Vagrant.

As Will’s date grows closer, though, he questions the process. When he meets a new Vagrant on the outskirts of his village, he learns that the world isn’t quite what it seems – there are other humans to the great White Mountains of the south, who have resisted the Tripods and remain uncapped. It is up to Will to make the ultimate choice: to trust in his elders and become another drone loyally serving the Tripods without question, or risk everything for a chance at freedom.

The first book in the Tripods series from celebrated British author John Christopher, The White Mountains was originally published in 1967 and continuously re-released over the years in various formats (it was even adapted to a British television show). I’m slightly abashed to admit that I had no knowledge of this series at all until it came highly recommended on one of our first Old School Wednesday polls (I voted for it, too, but it lost out!) – clearly, this is a book that many people loved and read as young adults. And upon reading it, I get it. The White Mountains is totally a book I probably would have loved discovering as a young reader… although as an older, more cynical reader (one who has since binged on all kinds of alien invasion stories, films, and television shows – many involving tripods), I’m ever so slightly less enamored.

First, the good. The White Mountains is beautifully written in a sparse, effective style – you know that style. The style so popular in young adult science fiction and fantasy novels of the late 1960s through early 1990s, and can be observed in Pamela Sargent’s Earthseed, Monica Hughes’ Invitation to the Game, or Garth Nix’s Sabriel. Although the book is only 195 pages long, Christopher tells a full, action-packed, high-concept story that covers the demise of human power and the complete loss of technological knowledge, the terrifying grip the Tripods have on the planet, and three young boys who rally against their alien overlords. No small feat.

The other standout feature of this first Tripods novel is its narrative choice. Relayed entirely from the point of view of its young protagonist, Will, The White Mountains is a fascinating excursion into unrelatable narrator territory. As a character, protagonist Will is defensive and prickly; he’s a proud young man that refuses to ask for help or admit when he’s wrong, and at the same time is hyper-sensitive to others and their relationships. In other words, Will is not your typical hero character; he’s abrasive and views the world in a very stubborn, set way. In turn, Will’s views inform readers’ perceptions of Will himself – I found his descriptions of his bigger, burly cousin Henry and new friend “Beanpole” very telling. For all that Will is a bit of a stubborn jerk, I love that he isn’t an idealized, bland hero, pure of heart and mind, who will save the world because of his goodness and because it is his Grand Destiny. The negative side of Will’s narration, however, is that we don’t really get any in-depth characterization of anyone other than Will. Henry and Jean-Paul/Beanpole remain loose sketches of people, colored only by Will’s often ungenerous perceptions. There’s a lack of female characters in the book, but I’m hopeful for a little variation as the series progresses.

While the writing and main character may stand the test of time, from a top-level premise perspective, The White Mountains feels a little old hat. Alien invaders and subsequent human uprising stories are a familiar mainstay in the YA SFF realm and have seen a resurgence in recent years (in 2013 alone see The 5th Wave or In the After on the fiction side, or tv shows such as Falling Skies and films like Oblivion). The comparative horror of the invading master Tripods is undeniably creepy – I appreciate the enslavement of humanity in a kind of feudal/pre-industrial existence – but slightly underwhelming by modern standards. Similarly, the biggest problem I had with the book is how easily three human boys are able to evade their pursuant Tripods – these are all powerful, technologically superior mechanical monsters! SURELY they could stop and “cap” three meddlesome teens.

Criticisms said, I finished The White Mountains in a single sitting and am eager to see what lies in store for Will, Henry, and Beanpole. Will humanity shake off the head-cap shackles of their alien oppressors? I’ll be tuning in to find out. Recommended (particularly for younger readers who may not be quite so cynical as I).

Notable Quotes/Parts: You can read an extended sample online HERE.

Book Review: The Girl of Fire and Thorns by Rae Carson