Who: Jodie, blogger behind Book Gazing and one of the contributors to the always insightful Lady Business blog. We’re big fans of Jodie’s.

Give a warm welcome to Jodie, folks!

Fan work is often much maligned. Since I started blogging several years ago I’ve seen all kinds of fan projects, created by unpaid artists and critics, discussed with suspicion. Unpaid book bloggers have become used to articles where professional critics kindly and patiently explain why people who talk about books on the internet may not be very good at having useful opinions. And derivative work, made entirely from fan love and for no profit, is constantly hit out at – some creators can be very vocal about how fan writers, artists and vidders need to stop touching stuff. A lot of pressure is applied to fans of the creative arts, especially fans who like to talk about or talk back to the worlds and creators they care about. For every professional writer keen to encourage engagement, there are five others who think that encouragement needs to come with very specific caveats; that there should be high and wide boundaries to fan’s engagement.

Like a lot of book bloggers, I started posting because I didn’t know many people offline who wanted to talk about books. I wanted to meet literary fans online and I wanted them to chat my brain off; explain why their favourite was so loveable, dissect just what went wrong with that much anticipated new release and encourage me to try new things.

Along the way, I became a fan of fans. I met interesting people who kindly introduced me to their corners of fandom. They expanded the way I viewed media, sent me fan-fic and articles to read and, maybe most importantly, talked to me as if I was their equal; as if I was smart enough to write interesting analysis. I found two wonderful women; they suggested we form a co-review blog and from then on proceeded to generously hand me support, a multitude of words and gif laden e-mails. They put in all this effort just because it seemed like fun to spend hours trading opinions and recs back and forth. At the time, I was dealing with a world that could be confusing, cynical and extremely tiring. Talking to book bloggers, or looking at fanwork was often the very best part of a day. So now, when I see some professionals punching down on fan work I get a little defensive.

You need a strong defense when the people shouting you down have podiums and megaphones. And I’ve spent my time spitting back at the hatred some professionals can’t seem to hold back when they see the general public responding enthusiastically to media. I mean, it’s not like it was made for us, right? This year, I wanted to try something a little different. TV culture has seen positive interaction between fans, actors and creators this year. Literary culture presented an abundance of authors who came out to support of fans right to speak. And a professional author even published a fictional examination of fan culture, which has been received positively by fans. So, why not use the celebratory space of Smugglivus to signal boost some of the fan work that I enjoyed this year – work that was fun, or smart, or moving; work that added to the world. There’s so much great work I could have chosen, so please consider these just a few gems I thought you might like this Smugglivus season:

“Sound the Bells” is one of my favourite pieces of “Pacific Rim” fan work (and trust me, I took in a lot of “Pacific Rim” fan work this year because I had serious feels about that film). It picks up two of my favourite strands from the film – the war effort, and Mako and Stacker’s family bond. What I love about the way this video is edited together is how it focuses the viewer on parts of the film that its easy to forget in the midst of the big monster battles. It really shows you how much detailed emotion and world building there was in this summer blockbuster, which explains why “Pacific Rim” picked up such an enthusiastic fan following. I pretty much lose it every time the video reaches the red shoe footage.

The “Welcome to Nightvale” and “Hannibal” fandoms smashed fan art this year. Even if you’re not in those fandoms, it’s well worth getting on Tumblr to check out the range of illustrations, comics and paintings the fans made. The amount of accomplished fan art that I see around Tumblr means that this section really deserves its own post, but if I have to pick one piece it’s got to be this re-imagining of “Rapunzel”. Fan work is often called transformative, work that re-imagines media in order to expand the way the world is presented by the creative arts, and by swapping the gender and race of this fairy tale’s characters that’s exactly what this piece does.

Unsurprisingly, like everyone else on the internet, I love gifs. I like that the medium is used to create so many versatile pieces – from real life moments captured and replayed to handy reaction gifs for every occasion. My favourite kinds of gifs are ones that mix media together and re-configure it to make visual short stories. Angry at a major TV franchise?. There’s a gif for that. Need to feel that someone understands your film related pain? There’s… well you get the idea.

This year, my absolute favourite short gif story was this live action fan casting of “The Lion King”, set in New York. It’s simple (just ten frames) but effective, as it hits all the main notes of that story to make a recognisable, gif set adaptation. It easily convinced me that I needed a full length version of this story in my life.

Criticism is the best! There are so many pieces I could recommend this year but the one I eventually decided to spotlight here is “The Visual Intelligence of Pacific Rim”. This post is all about seeing the world through someone elses eyes, as the author explains their girlfriend’s perception of ‘visual metaphors’ and how a close analysis of purely visual moments in “Pacific Rim” can deepen viewer’s enjoyment and understanding. It taught me so much about how society looks at media and showed me a new way of examining films. I love when smart people help me develop.

“A More Diverse Universe”, a reviewers event designed to draw attention to SFF by chromatic authors, returned this year. The event’s creator wrote a wonderful piece about her desire to run the event despite her inability to make it as big as it had previously been. 2013 has been marked for me by a gradual sapping of fan energies – people I used to see writing and creating online are falling away from communities they want to stay in because life is pulling them in a multitude of directions. I’ve been drifting myself. This post summed up that conflict between desire and time. Finding that time and energy after a full day at work, and dedicating it to something unpaid, is a big struggle when you’re a fan. It’s a not a commitment to casually mock, even if you’re not a big fan of the work that effort produces. I just wanted to salute that here.

Fandomspotting talked about “Women in Television” on their 40th podcast episode. Solid hours of women talking about women in TV, which almost creates a meta version of passing the Bechdel Test – oh I was so IN for that.

I didn’t read a lot of fan-fic this year, unless it was written by friends. So, my favourite piece (that wasn’t written by anyone I know) was probably this short “Merlin” AU where Morganna becomes queen.

However, there is a good chance that all the long fic writers I know (many) will probably explode if I don’t talk about fic that involves more words. So, just for them let’s have an oldie but a goodie. The “Inception” fic that originally sparked my insatiable interest in coffee shop AUs – “I’ve Got Nothing to Do Today But Smile (The Only Living Boy in New York)”. Forever adorable.

Cleolinda’s “Hannibal” re-caps – three words to send joy through any Fannibal’s heart. I’ve been a huge fan of cleolinda since the Twilight satires and I was so excited to see new episode re-caps popping up this year. The “Hannibal” re-caps combine smart analysis, detailed attention and research, with humour and an affectionate approach to absurd plot points. I especially loved that cleolinda had history with Thomas Harris’ books and the films based on these stories, and so was able to bring knowledge of their different incarnations to these write ups. “Hannibal” turned out to be one of my absolute favourite hours of TV because these re-caps prepared me for the worst and walked me through all the detailing I would otherwise have missed.

Every year there are so many exciting fan events that it’s hard to keep up. For me, the final Paperlegends, a “Merlin” Big Bang (long fic) exchange, was the highlight of 2013’s calendar. The sudden cancellation of “Merlin” was hard, as the writers had to squash quite a lot into the final series which resulted in an ending I just wasn’t quite ready for. And, well, the end of the Arthur story is always difficult to take right? So, it was wonderful to see a final, huge celebration of all my favourite characters turn up just as they were disappearing. This event, like all other fan events was a massive work of fan love and epic organisation as you can see from this emotional parting letter.

The arrival of Kickstarter means that the amount of projects started, promoted or funded by fans has exploded. I have to mentions a few amazing projects paid for by fans like the creation of “Big Bang Press”, Anita Sarkeesian’s video series “Tropes vs Women in Video Games”, and SFF anthology “We See a Different Frontier”. 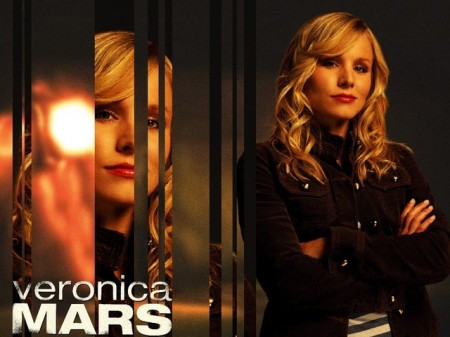 The absolute miracle of the year though has to be the crowd-funded “Veronica Mars” film. Through love, devotion and pulling together the pennies fans, and the team behind this amazing venture, are bringing one of the most loved female detectives to the big screen. You can’t always get what you want, but sometimes, just sometimes you get exactly what you need.

Please don’t misunderstand me, professional creators are constantly making things that I love (like “The Scorpio Races” – everyone, get on this book). And I know many professional creators who support their fans. There are a lot of you out there and you’re great. I love that Smugglivus gives me so many new professional creators to explore (seriously, my TBR list triples at this time of the year). Sometimes though, the only way to form a barricade against the haters and the noise is to surround myself with the fan community . ‘Have a thing! We made this for you because of reasons >.>’ is sometimes the sweetest thing I can hear.