In my continuous effort to read more non-fiction, I got this book: 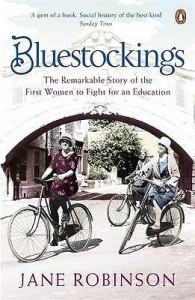 Robinson presents the eye-opening and inspiring story of the first young women who overcame all the odds to get their education and attend university.

Using the words of the women themselves, ‘Bluestockings’ charts the fight for and expansion of higher education for women from 1869 through to the 1930s.

The author of The Boy With the Stripped Pajamas has now turned to WWI. I got a copy of this book in the post this week and it sounds great: 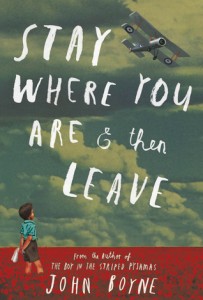 The day the First World War broke out, Alfie Summerfield’s father promised he wouldn’t go away to fight – but he broke that promise the following day. Four years later, Alfie doesn’t know where his father might be, other than that he’s away on a special, secret mission.

Then, while shining shoes at King’s Cross Station, Alfie unexpectedly sees his father’s name – on a sheaf of papers belonging to a military doctor. Bewildered and confused, Alfie realises his father is in a hospital close by – a hospital treating soldiers with an unusual condition. Alfie is determined to rescue his father from this strange, unnerving place . .

Tor UK is relaunching A Stir of Echoes by the late Richard Matheson. I’ve only ever read Somewhere in Time by this author before so I want to give this one a go: 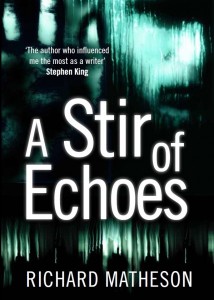 Now he’s hearing the private thoughts of the people around him-and learning shocking secrets he never wanted to know. But as Tom’s existence becomes a waking nightmare, even greater jolts are in store as he becomes the unwilling recipient of a compelling message from beyond the grave!

This eerie ghost story, by award-winning author of Hell House and I Am Legend, inspired the acclaimed 1999 film starring Kevin Bacon.

Superhero stories are like kryptonite to me so HELL YES to this anthology: 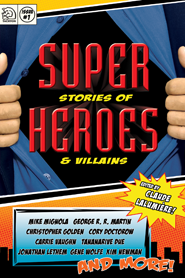 In these twenty-eight astounding Super Stories, join larger-than-life heroes and villains in the never-ending battle of good versus evil! 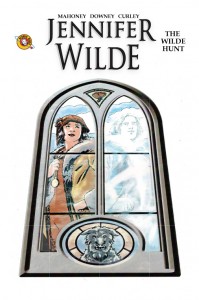 Ana, I highly recommend the Richard Matheson. But down to business! My radar is going to be fun this week. First up is a YA “cabin” story – you know, wherein the protagonists are trapped in a closed setting (like a cabin, due to causes like being snowed in, or set upon by ravenous zombies) and the tension mounts. I’ve enjoyed Chicken House’s books before so I’m excited for this one: 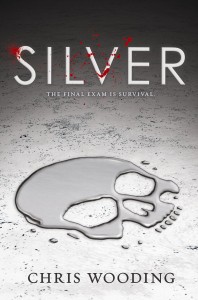 The final exam is survival.

Paul is the new kid at Mortingham Boarding Academy, and he has a dark secret.

Caitlyn admires Paul from afar and resents that he only has eyes for Erika.

Erika thinks that she and Caitlyn are best friends, but she’s wrong.

Adam is a bully with a major chip on his shoulder.

Mark is outgrowing his old friends but doesn’t know how to make new ones.

In a few short hours, none of this will matter.

Without warning, a horrifying infection will spread across the school grounds, and a group of students with little in common will find themselves barricaded in a classroom, fighting for their lives.

And then it will get even worse.

Fast-paced and frightening, SILVER is a tale set on the fringes of science and horror–a story about the struggle to survive in the face of impossible odds.

Next up, another Chicken House science fiction book – this time about a broken moon and the ensuing chaos: 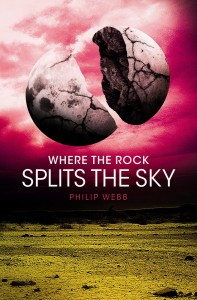 The moon has been split, and the Visitors have Earth in their alien grip, but Megan just might be able to free the planet–if only she can survive the deadliest desert crossing.

The world stopped turning long before Megan was born. Ever since the Visitors split the moon and stilled the Earth, infinite sunset is all anyone has known. But now, riding her trusty steed Cisco, accompanied by her posse, Kelly and Luis, Megan ventures out of her Texas hometown and sets off on a journey across the vast, dystopic American West in search of her father. To find him, she must face the Zone. Laws of nature do not apply to the notorious landscape. Flying towns, rivers of dirt, plagues of fishes, ravenous bears: The desert can play deadly tricks on the mind, and the quest will push Megan past her limits. But to solve the mystery of not just her missing father but of the paralyzed planet itself, she must survive it–and a showdown with an alien.

This second book is coming out soon, which reminds me that The Amber House is languishing on my TBR mountain. Must read it soon: 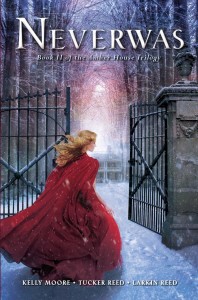 At the end of AMBER HOUSE, Sarah made a choice that transformed everything–and now she must choose it all again.

“I was sixteen the second time I had my first kiss….”

After growing up in the free country of the Pacific Northwest, Sarah Parsons has settled in at Amber House, the stately Maryland home that’s been in her family for generations. But the world surrounding the House feels deeply wrong to Sarah. It’s a place where the colonists lost the 1776 Insurrection, where the American Confederation of States still struggles with segregation, and where Sarah is haunted by echoes of a better world that she knows never existed.

Her friend Jackson shares these visions of a different world–and together, they manage both to remember the way things ought to be, and to plan a daring mission that will reset the universe once again. It will involve objects from the past, knowledge of the future, a leap into the unknown…and in the end, a sacrifice Sarah never imagined.

Next up, this book billed as a new take on The Lord of the Flies. Ok! 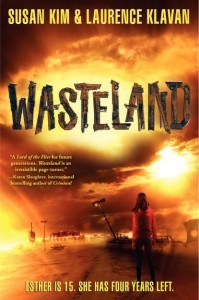 Welcome to the Wasteland. At fifteen, the citizens of Prin marry. At seventeen, they reproduce. And at nineteen, they die.

“A Lord of the Flies for future generations. Wasteland is an irresistible page-turner.”-Karin Slaughter, international bestselling author of Criminal

In the wasteland known as Prin, an early death isn’t the only doom waiting around the corner. There’s also the looming threat of rampant disease and brutal attacks by the Variants-hermaphroditic outcasts that live on the outskirts of Prin.

Esther thinks there’s more to life than toiling at Harvesting, Gleaning, and Excavating under the relentless sun, just hoping to make it through another day.
Her best friend, Skar, is a Variant and is considered the enemy. But Levi, who controls the Source, is the real enemy. Esther knows he will send his Taser boys after her if she makes one wrong move.

When Caleb, a brave and mysterious stranger, arrives in town, Esther begins to question who she can trust, and the two outcasts realize that they must team up to fight for their lives and for the freedom of Prin.

Readers, prepare for an adrenaline rush from this heady mix of forbidden friendship, corruption, destruction, rebellion, romance, and heroism.

Then, there’s this book that supposedly blends an Inception-style premise with a virtual world (could be good, could be horrendously dated): 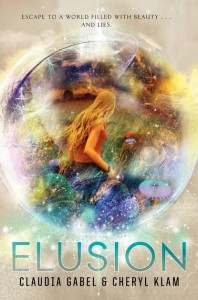 Suspense, thrills, and romance fuel this near-future, Inception-inspired story about the seductive nature of a perfect virtual world and how far one girl will go to uncover the truth behind the illusions.

A new technology called Elusion is sweeping the country. An app, a visor, and a wristband will virtually transport you to an exotic destination where adventure can be pursued without the complications-or consequences-of real life.

Regan is an Elusion insider. Or at least she used to be. Her father invented the program, and her best friend, Patrick, heir to the tech giant Orexis, is about to release it nationwide. But ever since her father’s unexpected death, Regan can’t bear to Escape, especially since waking up from the dream means crashing back to her grim reality.

Still, when there are rumors of trouble in Elusion-accusations that it’s addictive and dangerous-Regan is determined to defend it. But the critics of Elusion come from surprising sources, including Josh, the handsome skeptic with his own personal stakes. As Regan investigates the claims, she discovers a disturbing web of secrets. She will soon have to choose between love and loyalty…a decision that will affect the lives of millions.

AND THEN! Ernest Cline’s new book! I loved Ready Player One and cannot wait for Armada: 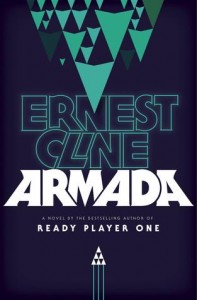 Zack Lightman is daydreaming through another dull math class when the high-tech dropship lands in his school’s courtyard-and when the men in the dark suits and sunglasses leap out of the ship and start calling his name, he’s sure he’s still dreaming.

But the dream is all too real; the people of Earth need him. As Zack soon discovers, the videogame he’s been playing obsessively for years isn’t just a game; it’s part of a massive, top-secret government training program, designed to teach gamers the skills they’ll need to defend Earth from a possible alien invasion. And now…that invasion is coming.

As he and his companions prepare to enter their ships and do battle, Zack learns that the father he thought was dead is actually a key player in this secret war. And together with his father, he’ll uncover the truth about the alien threat, race to prevent a genocide, and discover a mysterious third player in the interplanetary chess game he’s been thrown into.