Clear Eyes, Full Shelves was singing the praises of this book and now the author has re-released it with a new cover. Kinda want to give this a go. 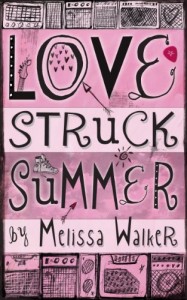 Sunny days, late nights and a vacation full of possibilities…

This is the story of Quinn, an indie rock girl who came out to Austin, Texas for a music internship. She also plans to spend long, lazy days in the sun at outdoor concerts–and to meet a hot musician or two. Instead, she’s stuck rooming with her sorority brainwashed cousin, who now willingly goes by the name ‘Party Penny.’ Their personalities clash, big time. But Sebastian, a gorgeous DJ, definitely makes up for it. Sebastian has it all: looks, charm, and great taste in music. So why can’t Quinn keep her mind off Penny’s friend — cute, All-American Russ with the Texas twang? One thing’s certain: Quinn’s in for a summer she’ll never forget!

This one I also saw at a blog – Tripping Over Books. The cover looks amazing but the whole thing won me over. 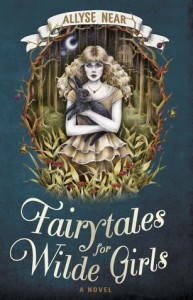 book cover for fairytales for wilde girls by allyse near

‘He’s gone the same way as those little birds that bothered me with their awful songs! And you will too, you and your horrible heart-music, because you won’t stay out of my woods!’

There’s a dead girl in a birdcage in the woods. That’s not unusual. Isola Wilde sees a lot of things other people don’t. But when the girl appears at Isola’s window, her every word a threat, Isola needs help.

Her real-life friends – Grape, James and new boy Edgar – make her forget for a while. And her brother-princes – the mermaids, faeries and magical creatures seemingly lifted from the pages of the French fairytales Isola idolises – will protect her with all the fierce love they possess.

It may not be enough.

Isola needs to uncover the truth behind the dead girl’s demise and appease her enraged spirit, before the ghost steals Isola’s last breath.

A Gothic family chronicle inspired by the Odyssey? YES please. 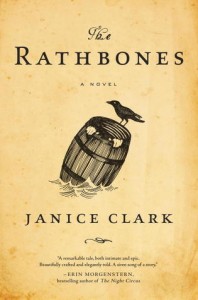 Moses, the revered patriarch of the Rathbone family, possessed an otherworldly instinct for spotting the whale. But years of bad decisions by the heirs to his fortune have whittled his formerly robust family down to just one surviving member: a young girl, left to live in the broken-down ancestral mansion that at one time had glowed golden with the spoils of the hunt.

Mercy, fifteen years old, is the diminutive scion of the Rathbone clan. Her father, the last in the dynasty of New England whalers, has been lost at sea for seven years-ever since the last sperm whale was seen off the coast of Naiwayonk, Connecticut. Mercy’s memories of her father and of the time before he left grow dimmer each day, and she spends most of her time in the attic hideaway of her reclusive Uncle Mordecai, who teaches her the secrets of Greek history and navigation through his collection of moldering books. But when a strange, violent visitor turns up one night on the widow’s walk, Mercy and Mordecai are forced to flee the house and set sail on a journey that will bring them deep into the haunted history of the Rathbone family.

Inspired by The Odyssey and infused with beautifully detailed descriptions of the realities of coastal and ship life reminiscent of Moby Dick, Janice Clark’s magnificent debut is a spellbinding literary adventure. 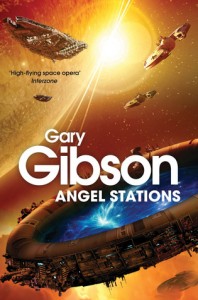 Eons ago, a super-scientific culture known as “Angels” left incomprehensible relics all over the galaxy. Among these phenomena were the Stations, whereby human spacecraft could jump instantly from one part of the galaxy to another, and from them the brilliant Angel technology could be explored and exploited. One of these stations orbits the planet Kaspar, where the only other known sentient species outside Earth has been meticulously allowed to continue evolving in its own world of primitive ignorance. But suddenly Kaspar’s mysterious “Citadel” has become the vital key to repelling the fast-approaching threat. At what cost, though, to its native inhabitants—and to the human residents of the orbiting Angel station?

Now, as Ana has mentioned in the past few radars, we *are* starting to read some nonfiction, particularly in areas that resonate with our interests. I stumbled across this book, also coming out in August that sounds like it could be just the ticket for my next non-fiction review: 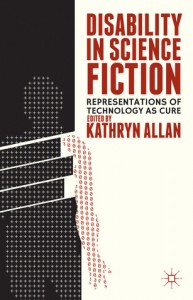 In this groundbreaking collection, twelve international scholars – with backgrounds in disability studies, English and world literature, classics, and history – discuss the representation of dis/ability, medical ‘cures,’ technology, and the body in science fiction. Bringing together the fields of disability studies and science fiction, this book explores the ways dis/abled bodies use prosthetics to challenge common ideas about ability and human being, as well as proposes new understandings of what ‘technology as cure’ means for people with disabilities in a (post)human future.

Then, there’s this new dystopian-thriller-sounding YA book also coming out this month: 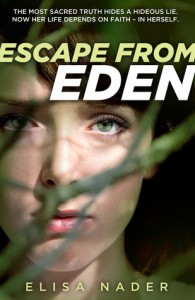 Since the age of ten, Mia has lived under the iron fist of the fundamentalist preacher who lured her mother away to join his fanatical family of followers. In Edenton, a supposed “Garden of Eden” deep in the South American jungle, everyone follows the Reverend’s strict but arbitrary rules—even the mandate of whom they can marry. Now sixteen, Mia dreams of slipping away from the armed guards who keep the faithful in, and the curious out. When the rebellious and sexy Gabriel, a new boy, arrives with his family, Mia sees a chance to escape.

But the scandalous secrets the two discover beyond the compound’s façade are more shocking than anything they ever imagined. While Gabriel has his own terrible secrets, he and Mia bond together, more than friends and freedom fighters. But is there time to think of their undeniable attraction to each other as they race to stop the Reverend’s paranoid plan to free his flock from the corrupt world? Can two teenagers crush a criminal mastermind? And who will die in the fight to save the ones they love from a madman who’s only concerned about his own secrets?

Next up, this (funded) kickstarter illustrated book project that sounds pretty fantastic: 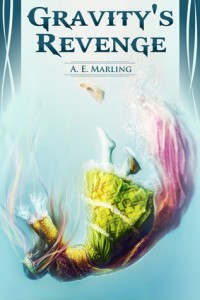 A magic school. A heist. And enchantresses falling from the sky.

In the Mindvault Academy, magic imbued within the stone reroutes the flow of gravity. The school’s enchantments allow for architectural wonders that inspire the empire’s next generation of great minds.

Now those minds are falling. The Academy’s spells are collapsing, its keystone jewels stolen. Saboteurs have invaded the magic school in a political heist a year in the planning. The attackers make but one mistake: Getting between Enchantress Hiresha and her research.

Hiresha, Provost of Applied Enchantment, endures her own pathological sleepiness to study unorthodox magic. Now twelve warriors have invaded the Academy, the only home she has ever known. Hiresha plans to expel them with the help of a dangerously charming illusionist, her loyal bodyguard, and spells by no means in the approved curriculum.

Then, there’s all the middle grade! I recently received this book in the mail and I cannot wait to read it: 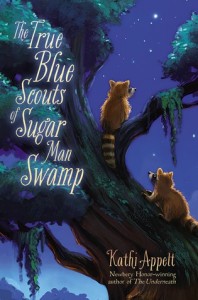 Meet Bingo and J’miah, raccoon brothers on a mission to save Sugar Man Swamp in this tale from Newbery Honoree Kathi Appelt.

Raccoon brothers Bingo and J’miah are the newest recruits of the Official Sugar Man Swamp Scouts. The opportunity to serve the Sugar Man—the massive creature who delights in delicious sugar cane and magnanimously rules over the swamp—is an honor, and also a big responsibility, since the rest of the swamp critters rely heavily on the intel of these hardworking Scouts.

Twelve-year-old Chap Brayburn is not a member of any such organization. But he loves the swamp something fierce, and he’ll do anything to help protect it.

And help is surely needed, because world-class alligator wrestler Jaeger Stitch wants to turn Sugar Man swamp into an Alligator World Wrestling Arena and Theme Park, and the troubles don’t end there. There is also a gang of wild feral hogs on the march, headed straight toward them all.

The Scouts are ready. All they have to do is wake up the Sugar Man. Problem is, no one’s been able to wake that fellow up in a decade or four…

Newbery Honoree and National Book Award finalist Kathi Appelt presents a story of care and conservation, funny as all get out and ripe for reading aloud.

And finally, this is the next book I’m reading and I could not be more excited: 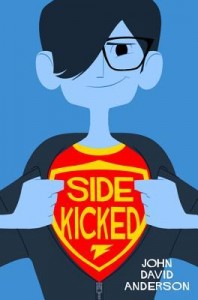 With not nearly enough power comes way too much responsibility.

Andrew Bean might be a part of H.E.R.O., a secret organization for the training of superhero sidekicks, but that doesn’t mean that life is all leaping tall buildings in single bounds. First, there’s Drew’s power: Possessed of super senses – his hearing, sight, taste, touch, and smell are the most powerful on the planet – he’s literally the most sensitive kid in school. There’s his superhero mentor, a former legend who now spends more time straddling barstools than he does fighting crime. And then there’s his best friend, Jenna – their friendship would be complicated enough if she weren’t able to throw a Volkswagen the length of a city block. Add in trying to keep his sidekick life a secret from everyone, including his parents, and the truth is clear: Middle school is a drag even with superpowers.

But this was all before a supervillain long thought dead returned to Justicia, superheroes began disappearing at an alarming rate, and Drew’s two identities threatened to crash head-on into each other. Drew has always found it pretty easy to separate right from wrong, good from evil. It’s what a superhero does. But what happens when that line starts to break down?