Life on the Preservation: Jack Skillingstead on Inspirations & Influences

Today we are happy to have Jack Skillingstead over as our guest of the day! Jack is the author of critically acclaimed science fiction short stories and the novel Harbinger. (Cool fact: in 2001, Skillingstead entered Stephen King’s “On Writing” competition – his entry was selected as one of the 5 winners.) Today, we have Jack over to talk about his new book, Life on the Preservation. Originally written and published as a short story under the same name, Jack will discuss the journey of the book from short story to full length novel. 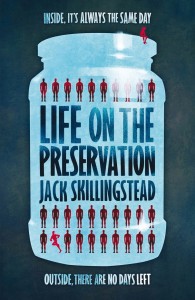 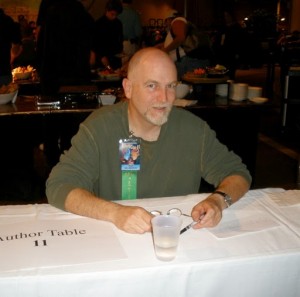 Give it up for Jack, everyone!

In 2005 I wrote a short story called “Life On The Preservation” and sold it to Asimov’s. It had a more straight up science fiction sensibility than what I usually produce. Alien forces devastate the Earth and erect a Preservation Dome over Seattle, trapping the city in a time loop so it can serve as a living museum. One of the last survivors outside the dome is sent on a mission to destroy it but is instead seduced by the illusion and falls in love with one of the museum pieces. This was my eighth sale to Asimov’s. After it appeared in 2006 it proved to be one of my more popular stories. Two prominent Year’s Best anthologies picked it up for reprint. It climbed pretty high in the Asimov’s Reader’s poll, made the Locus recommended reading list, and fell just shy of the Hugo ballot. Over the years it has been translated into Czech, Polish and Russian. There was even a whiff of interest from an independent Hollywood producer. 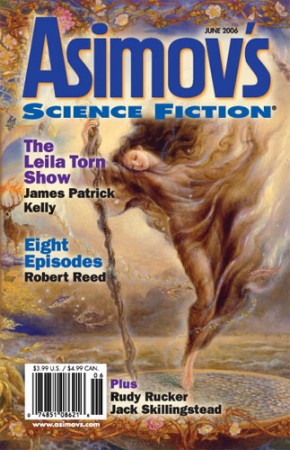 All this was great, but I had no notion of turning “Preservation” into a novel until a Famous Writer told me what was wrong with it. This occurred at the Nebula Awards in 2006. The Famous Writer and I had discussed collaborating on a story. The issue of Asmiov’s that contained LOTP was in everybody’s goodie bag who attended the Nebulas that year. So the Famous Writer read it, found me the next morning, and proceeded to perform an autopsy. The editor who had acquired the story was sitting with me, so it was nice he could point out some copywriting errors, as well. Okay, “nice” is the wrong word.

The Famous Writer thought there were logical gaps in the story’s background, mostly to do with what was going on outside the dome, the level of the surviving technology, etc. I had ignored all that (though it nagged at me a little) to concentrate on my main story, which was the quirky love story between my two characters and a monstrous illusion. Famous Writer was just establishing who was going to be in charge of this supposed collaboration, I think, but some of his questions stuck in my mind like burrs, and when I was hunting for an idea that might sustain a novel, “Life On The Preservation” popped up as a natural candidate for what is known as a “fix up,” which means expending an existing short form story into a book length piece of fiction.

Here’s where the trouble started. I wanted to write a book that didn’t want to be written, at least not by me. There would be plucky survivors challenging soulless alien invaders! There would be a love story! There would be the Triumph Of Mankind Despite Outrageous Odds! God, it was almost a Roland Emmerich movie. 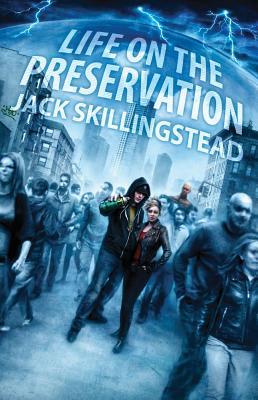 I had a conscious, almost calculating idea about how I would executed this story. Never mind that nothing in my experience as a writer indicated conscious and calculating would get me anywhere. As it turned out, “execute the story” was the correct phrase. I watched my simple tale wither, cringe, back away, flee, fall down and expire through draft after draft. Somehow turning six thousand words into ninety thousand made the story smaller.

So, what was happening?

The wrong person was telling the story. Every writer is two people, and I’m no exception. There is the forward, verbal personality, the conscious me that presents to the outside world like an elaborate and totally convincing mask. Then there is the Other, the unconscious, timeless creative entity that plays with the stuff we continually toss at it, rearranging and recombining, making new stuff out of old parts and offering up these inventions to anyone who isn’t too thick to receive them. For a couple of years, I was that guy: too thick to receive the gifts of the unconscious. So blinded was I by the idea of writing a commercially successful book that I failed to see the real book lying under the dead thing I kept poking. I was like a desperate drunk trying to steer my car through an obstacle course. Jealously and fear was my cocktail. I felt time slipping away, my fragile career evaporating. My friends were selling more, getting better contracts. I had to get organized! Feverishly, I pounded away at my Emmerich-esque novel, and when all that effort came to nothing, I nearly gave it up.

Guess who doesn’t give a shit about what other writers are doing or the theoretical evaporation of my precious career? Correct. The timeless, unconscious aspect of my writer’s mind. This was a lesson I had learned long ago, forgot, and then rediscovered in the nick of time. 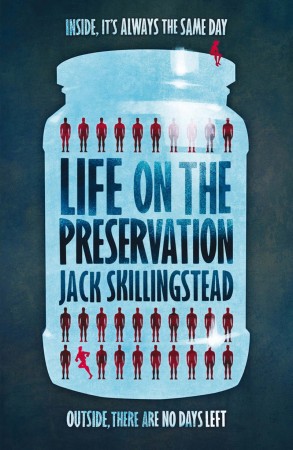 I took a deep breath and started over. Now, finally, I let go of my almighty plan and just showed up to work each day. I knew where I wanted to start, and I had a hazy idea of where I wanted to end. That was sufficient. Over time, the story evolved naturally out of the situation and into the novel Solaris Books is about to publish. I was another two years on the project, but the results are what count, and I am pleased with this book.

The funny thing is, the story is still organized around the original premise of apocalyptic devastation visited upon humanity by alien powers, the creation of a Preservation dome that seems to be some kind of living museum, and the love story between Ian, who is inside the dome and Kylie, who is outside. The true origin of the Preservation is something I discovered along the way, and it made all the difference.

Jack Skillingstead grew up in a working class neighborhood south of Seattle. He dropped out of college to work in a cannery in Alaska, later tarevlling to Maine and then returning to the Pacific northwest. In 2000 Skillingstead won a writing competition sponsored by Stephen King and his hs first professional sale was a finalist for the Sturgeon Award in 2004. Since then he has published more than thirty short stories in publications including Asimov’s, F&SF and Realms of Fantasy. His work has also appeared in various Year’s Best volumes as well as the acclaimed Fast Forward and Solaris series of original anthologies. His first novel, Harbinger and short story collection Are You There both appeared in 2009 and received critical acclaim.