IT’S BACK! The Dare is back!

Years ago now, we used to have a regular feature called The Dare (and its sibling, the Guest Dare) in which we dared each other to read books outside of our comfort zone. For no real reason, we stopped doing those until we decided to bring it back this year. So without further ado: The Dare 2.0. 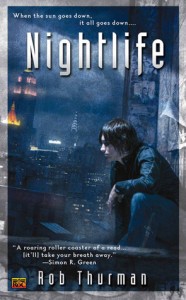 There are monsters among us. There always have been and there always will be. I’ve known that since I can remember, just like I’ve always known I was one … Well, half of one, anyway.

Welcome to New York City – a troll under the Brooklyn Bridge, a boggle in Central Park, and a beautiful vampire in a penthouse on the Upper East Side. Most humans are oblivious to the preternatural nightlife around them, but Cal Leandros is only half human.

His father’s dark lineage is the stuff of nightmares – and his entire otherworldly elf race are after Cal. His half brother, Niko, gave up college to keep them on the run for four years, but now the Grendel monsters are back. And Cal is about to learn why they want him. He is the key to unleashing their hell on earth. The fate of the human world will be decided in the fight of Cal’s life…

Why the Dare: Because Urban Fantasy is not really Ana’ turf. Apart from Patricia Briggs’ Alpha and Omega series and Seanan Mcguire’s Toby Daye, she doesn’t really like UF all that much and finds it all very …samey. There, we said it.

I am in the middle of THE worst reading slump. Unfortunately this was not the book to get me out of it. For all intents and purposes, I should have loved Nightlife. It is a book that has brotherly love as its main focus, highlighting the loving, loyal relationship between Cal Leandros and his older brother Niko as they fight the Forces of Evil trying to get to Cal for reasons that become clear as the story progresses. In theory, it has everything I could hope for: a complex relationship between characters, enough adventure to keep the story moving, and a competent if not incredibly original plot/worldbuilding.

And I love stories focusing on brotherly love: I loved the TV show Supernatural (or at least, its first 4 seasons before it became repetitive and boring) and one of my favourite book series is Sarah Rees Brennan’s “Demon’s Lexicon” (which is very similar to Nightlife actually but I thought, much better). But for some reason, I simply did not click with this particular portrayal of brothers here and was not touched by the relationship between Cal and Niko enough to actually care. And this relationship is fundamental for this book to work as so much hinges on their connection. I will blame it on the voice. The viewpoint and narrator is Cal and he is the typical sullen, abrasive and snarky protagonist and sounds like most UF narrators ever. It is not completely terrible: there are moments that shine, moments where Cal sounds really troubled by his past (and his possible future) and moments that are genuinely funny. But the problem is how repetitive his narration is with the nonstop snark and the “I am a monster” line thrown in there so many times. And then half way through the book, something happens in the plot that changes a bit the narration but this shift remains hinged on another repetitious mantra (“yes, I am a monster, go me”). And it was annoying but mostly, just really boring.

In other words: although this was competent and mildly entertaining I just didn’t think there was anything that set this apart enough for me to want to carry on reading. 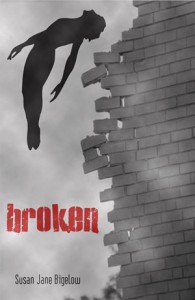 In a post-war future world where First Contact has been made, humans are colonizing the stars, and the nations of Earth have been united under a central government, Extrahumans are required by law to belong to the Union. When a young man with visions of the future sets out on a mission to define the course of human history, he encounters a devastated former hero, a fascist dictatorship bent on world domination, and the realities of living in a society where affiliation is everything.

Why the Dare: Because Thea was dragging her feet and was NEVER going to get around to this book even though Ana has been bugging her about it for YEARS. Since are being honest: she’s had some big disappointments with superhero dystopias, too, so there is that.

It is the future, and the world is a dangerous, changed place. Following countless wars and bombs and first contact with alien life, humankind has for better or worse been united under a supreme world dictatorship. Amongst the rubble are Extrahumans – the terminology of choice that is more neutral than the labels of “superhero” or “mutant” – those with extraordinary abilities. Broken, once known as Silverwyng, is one of these Extrahumans, albeit one that has lost her ability to fly and has fallen so far from grace. Choosing to abandon the Union (who would kill or lock her away forever as an extrahuman past her prime), Sil has since become Broken – homeless, drunk, and while she still retains her superhuman healing ability (meaning she can cut off her limbs and regrow them or survive even the most devastating deaths), she can no longer fly.

Michael is also an Extrahuman, with the ability to see the future of anyone he looks at – including himself, in the mirror. Michael’s visions show the endless possibilities and futures that could be – and one day he comes across a young boy with two distinct fates: to unite the world in a century of peace, or turn into the greatest monster the world has ever seen. One thing Michael knows for certain is that in order to save the world and the boy, he must find Silverwyng – in every iteration of success, the fallen superhero is there.

Broken comes VERY highly recommended – not just by Ana, but by many other trusted bloggers and friends. And I have to say, even though I was wary of reading this book, I was excited, too. Broken is an interesting melange of some genre standbys – it’s a little bit X-Men (down to the hate of “mutants” and discussion of semantics and labels), a little bit Minority Report-ish, a little bit scifi thriller and oppressive government caper. On the whole, the blend of these different elements is pretty fantastic and Susan Jane Bigelow has managed to create something wholly, uniquely her own. In other words: as far as premises go? Broken kicks all kinds of ass. Similarly, Broken does a great job of examining important themes – heroism, political affiliation and belief, personal choice, and freedom, amongst others.

And, for all that Broken is the eponymous character of this piece, the book really is Michael’s – he’s the heart and the soul of the novel, to me, and his choices are the most powerful. As Ana points out in her review, Broken examines what it truly means to be a Hero: with Michael, he sees so little possibility (even NO possibility at times) for success. Even with that knowledge of the future, he continues on his dangerous path, and that is truly, truly heroic.

These praises said, there were still sizable problems with the book. For all that there is a ton of action in the novel, little actually happens and I found my mind wandering, impatient for the Awesome to kick in (as so many people had been assuring me of all the Awesome that must kick in at some point). I appreciate author Bigelow’s restraint from info-dumping (and truly, she manages to pull it off beautifully), but there’s a level of repetition and pointless action that drags the book down. The writing is also a little shaky at times, the frequent “flipping” between Broken’s memories and Michael’s visions a little stilted and forced.

Despite these criticisms, overall I did enjoy the book. And, as I’m assured that the second and especially third book are fantastic (plus what a great ending to THIS book!), I’ll be back to give those a try.