The Lives We Lost: A Chat with Megan Crewe (& giveaway)

Hello, everyone! Today we are thrilled to host Megan Crewe, author of YA supernatural novel Give up the Ghost, and the apocalyptic Fallen World trilogy. We loved the first book in the trilogy, The Way We Fall, and were very excited for the release of the second book in the series this month. Here to talk about The Lives We Lost, we are very excited to have a chat with Megan! 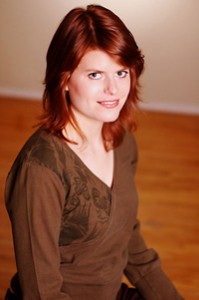 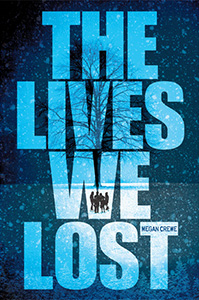 Please give it up for Megan, everyone!

Thanks for taking the time to chat with us! Last year we had the pleasure of interviewing you about the first book in your Fallen World series, The Way We Fall, and we’re thrilled to have you back for the release of The Lives We Lost.

Describe THE LIVES WE LOST in three words:

The Book Smugglers: Unlike the first book – which was much more of an insular story, both emotionally and geographically – in The Lives We Lost, the deadly virus has spread beyond the island quarantine to the mainland. Can you talk a little bit about this shift from internal to external, from a thematic or plotting perspective?

Megan: Before I even started writing The Way We Fall, I knew that the story of this pandemic had two parts: one in which Kaelyn’s world falls apart (from her limited perspective on the island) and one in which she has a chance to go out into the wider world and try to pick up the pieces. The Way We Fall was always meant to be in some ways a more personal story, of how a person survives not just physically but emotionally in the face of that much loss, and the sequel (which ended up becoming two books) is the story of how a person who has made it through all that can then reach out and change the lives of others. Though of course Kaelyn still deals with a lot of internal conflict as she discovers just what state the rest of the world has been left in.

It felt like a natural growth to me to give the characters bigger goals and more ground to cover in the second volume. I find I’m often disappointed by sequels that don’t seem to add much to the overall story, so it was important to me to make sure my own sequel took readers new places, both in terms of plot and themes.

The Book Smugglers: Because the focus moves from the isolated island to the mainland, we also start to see more classical dystopian elements at play (the unravelling of civilized society, etc). Are there any books or other inspirations that shaped this second installment?

Megan: I got some great inspiration for both The Lives We Lost and the third book in the trilogy from the TV series Life After People, which gave me many examples of what sort of environmental problems Kaelyn’s group might face in a world where most of the inhabitants are gone, and those still left have mainly abandoned the infrastructure of modern civilization. I’m also very glad I stumbled on a reality show called The Colony, in which the participants are put in a post apocalyptic scenario and have to scavenge and cooperate to survive. It suggested some possible technological solutions to problems that had come up when I was figuring out how Kaelyn and the other varied survivors would get by and achieve what they needed to on a practical level, and offered insights into the sort of reactions people have under that kind of stress.

As far as books go, I remember thinking back to my reading of The Road (Cormac McCarthy) from time to time while I was outlining and writing. That’s probably the novel, out of what I’ve read (I know there are some YA post-apocalyptic novels that have similar journey storylines that I haven’t gotten to yet), that was closest to what I was trying to achieve with The Lives We Lost, though I hope TLWL doesn’t come off as quite so grim!

The Book Smugglers: What can we expect for Kaelyn and her friends in this second book? How has her character grown or shifted from the first novel?

Megan: The Lives We Lost begins immediately after the events in The Way We Fall, so the characters start pretty much where readers left them. But the journey they go on challenges all of them, and I think they all come out of it changed. Kaelyn, in particular, has to struggle to define her role in the group. Until now she’s helped with other people’s attempts to keep the town going and looked out for herself and her immediate family. Now she’s spearheading a mission that could affect every person still alive, but it’s a dangerous one, and she’s not entirely comfortable with having people following her, their survival potentially dependent on her decisions. Especially when she cares about some of those people very deeply. So Kaelyn’s character arc in TLWL is about her coming into her own as a leader, figuring what sort of leader she can be–and wants to be.

The Book Smugglers: Now, more than ever, The Lives We Lost and the Fallen World series overall has terrifying real-life implications – flu season this year has been particularly bad. Why did you choose to write this novel (and this series) now, in particular?

Megan: I think our awareness and fear of epidemics has been building up over the last decade or so… First there was West Nile and SARS, and then the continuing bird flu scares, and then, around the time I started working on the trilogy, H1N1 was all over the news. So I had a lot of real world examples to draw from! And maybe that contributed to the story coming together now. But the truth is that the initial inspiration came not from any of that, but having a nightmare after reading a zombie virus novel (The Forest of Hands and Teeth by Carrie Ryan) and realizing the only other book that had ever given me a nightmare was also about a deadly virus (Stephen King’s The Stand). That got me thinking about how viruses and epidemics scare me more than anything else, and wanting to explore those emotions in a novel of my own, and the topic just happened to fit well with current events. I guess you could call it synchronicity!

The Book Smugglers: After writing these books, we imagine that you are well-versed and prepared to face down any deadly viral infections – is there anything that you discovered in your research while writing this book that you didn’t know before about viruses?

Megan: I didn’t realize before I did my research just how elusive many viruses are. They can emerge seemingly out of nowhere, and with some of the most deadly ones (Ebola, for example), scientists still haven’t determined a definite source, even after decades of trying. I think that’s one of the most frightening things about viruses–that it’s impossible to predict when some new lethal strain might suddenly jump to human beings. With a man-created virus or mutation at least we can explain where it came from and why. Which is why the virus in the trilogy is that former sort (apologies to anyone who was hoping for a government conspiracy), which I think is both scarier and more true to life.

About the author: Like many authors, Megan Crewe finds writing about herself much more difficult than making things up. A few definite facts: she lives in Toronto, Canada with her husband and two cats (and does on occasion say “eh”), she tutors children and teens with special needs, and–thankfully–the worst virus she’s caught so far is the garden-variety flu.

You can find a more detailed biography on her main website.

Thank you, Megan! Make sure to stop by later today to check out our review of The Lives We Lost.

We have one copy of The Lives We Lost up for grabs. The contest is open to addresses in the US only, and will run until Sunday, February 17 at 12:01am EST. To enter, use the form below. Good luck!