We’re thrilled to have Rachel Aaron over as our guest of the day, here to talk about her wonderful Eli Monpress fantasy series. To celebrate the release of the omnibus edition of her books, plus the fourth and newest book in the series, The Spirit War, we are honored to have Rachel talk Inspirations and Influences. 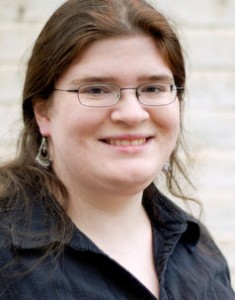 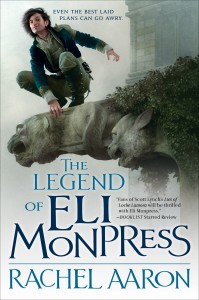 Give it up for Rachel, folks!

When I first sat down to write The Spirit Thief, I had a simple idea for the series: Lupin III with magic. I was 22, a huge anime nerd, and I’d just failed to sell a huge epic fantasy. I really wanted to do something fun and new, and the idea of writing a gentleman thief and conman running rampant through a fantasy world sounded like a kicking good time. And it totally was. The Spirit Thief and the series it grew into The Legend of Eli Monpress, has been an absolute joy to write, and now that the final two books are coming out (the fourth, The Spirit War on June 5 and the fifth, Spirit’s End, in November) I can finally take a step back and look at how I got here. 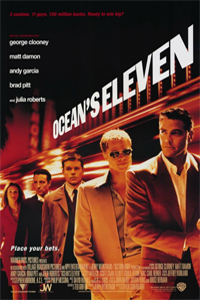 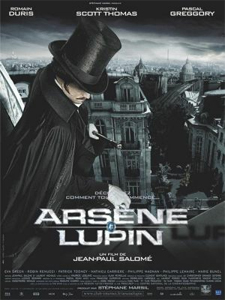 From Paul Newman in The Sting to the roughly twelve thousand times I’ve watched Ocean’s Eleven, I’ve always loved caper stories starring charming conmen. Eli Monpress, my own charming thief, came out of some kind of weird amalgam of those movies plus the Disney Robin Hood, the aforementioned Lupin III, and the original Arsène Lupin stories which I read in translation in college. Throw all of this in a pot and you get the primordial ooze that Eli emerged from, but even though his influences are definitively varied and strong, he’s been his own thing since the moment he came onto the page.

But though this has always been Eli’s story, he is far from the only main character. No great thief can truly shine without a law officer on his tail, and in my series, that’s Miranda Lyonette. Miranda was created to be Eli’s foil, and she’s his opposite in every way, rather than charming and glib she’s earnest and moral, he’s lazy, she’s hard working to a fault, etc. But though I initially created Miranda just so there would be someone who could give Eli a run for his money, the cop to his robber, I wanted her to be a strong, powerful, professional female character in her own right. Someone who never apologized for being good at her job or for doing what had to be done. I drew a lot of inspiration from woman in the real world for her, especially women in politics. 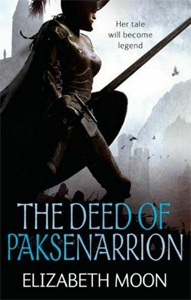 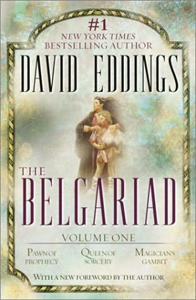 As for the world of the series, I wanted it to feel warm and familiar, like a homecoming. I grew up reading Fantasy in the late 80s and early 90s, and I created my setting to harken back to those created by Elizabeth Moon, David Eddings, and Robert Jordan. That said, I wanted the pacing of the story to be very modern and quick, and I looked to urban fantasy authors like Jim Butcher and Patricia Briggs as well as modern movies to nail the quick pace. What I got in the end is a story that feels warm and comfy and whole heartedly Fantasy but reads fast and light, even when the story itself got darker in the later books.

One of the greatest things about being a modern writer is that you have so much amazing material to steal from. My books filch things from anime and manga, video games, urban fantasy, classic fantasy, and Russian folklore. It was actually hard to write this post because I had so many inspirations for the Eli books. Of course, it’s only fitting that a book about a thief steal from everywhere, though, like Eli, I only take the best.

Thank you to Thea and Ana for smuggling me in! And if you’re interested in any of the Eli books, I have sample chapters up on my website, www.rachelaaron.net.

Rachel Aaron is the author of The Spirit Thief, a fantasy adventure about a charming gentleman thief who also happens to be a wizard, his swordsman, their monster, and the poor woman who has to try and catch him. The first three books are available together in The Legend of Eli Monpress omnibus, out now, and the fourth book, The Spirit War, comes out June 5!

We have a copy of The Legend of Eli Monpress (books 1-3 in an omnibus) as well as The Spirit War up for grabs! The contest is open to addresses in the US and will run until Sunday June 17 at 12:01pm. In order to enter, leave a comment using the form below. Good luck!