We are absolutely thrilled to kick off the official blog tour for the UK release of The Twelve by Justin Cronin. Thea devoured The Passage when it came out in 2010 – in fact, she loved it so much, it became her hands down favorite book of the year. Needless to say, we were waiting for a very long time to read The Twelve and were thrilled when we were approached by the UK publisher to host the first stop on the official blog tour. (Don’t worry, we’ll have a review of The Twelve for our upcoming Halloween Week – stay tuned.)

Without further ado, we give you: The Twelve! 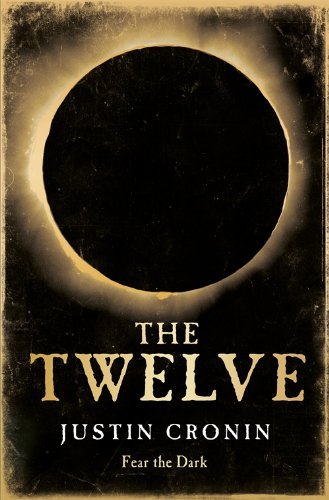 Infecting twelve death-row prisoners with an ancient virus, in order to create human weapons. Instead, the virus turned them into ravening, unstoppable monsters. And when the Twelve broke out of the underground facility where they had been born, all hell was truly unleashed.

In a world now ravaged by the viral plague, humanity is reduced to stubborn pockets of resistance. But if the human race is to have a future, survival is not enough. Against terrifying odds, they must hunt down the Twelve and destroy them in their lairs.

But something is wrong. The virals’ behaviour is inexplicably changing. And all the clues point towards the Homeland, a sinister dictatorship where an unlikely trio are re-imagining humanity’s destiny: Horace Guilder, a veteran of the original experiment with a blood-curdling vision of immortality; a mysterious woman whose tragic past has driven her into a world of fantasy; and Lawrence Grey, a man whose hunger for intimacy has been fulfilled in the most gruesome way imaginable.

And then there is Amy. The Girl From Nowhere. Once the thirteenth test subject, and now the only human who can fathom the Homeland’s secret and truly enter the hive minds of the Twelve.

But what she finds there may spell the end of everything.

Delightfully creepy and effective, right? (And, if we do say so ourselves, much better than the impersonal, voiceover-y US book trailer.)

Bernard Kittridge, known to the world as “Last Stand in Denver,” realized it was time to leave the morning the power went out.

He wondered what had taken so long. You couldn’t keep a municipal electrical grid running without people to man it, and as far as Kittridge could tell from the nineteenth floor, not a single human soul was left alive in the city of Denver.

Which was not to say he was alone.

For more about The Twelve or The Passage Trilogy, check out the website HERE. 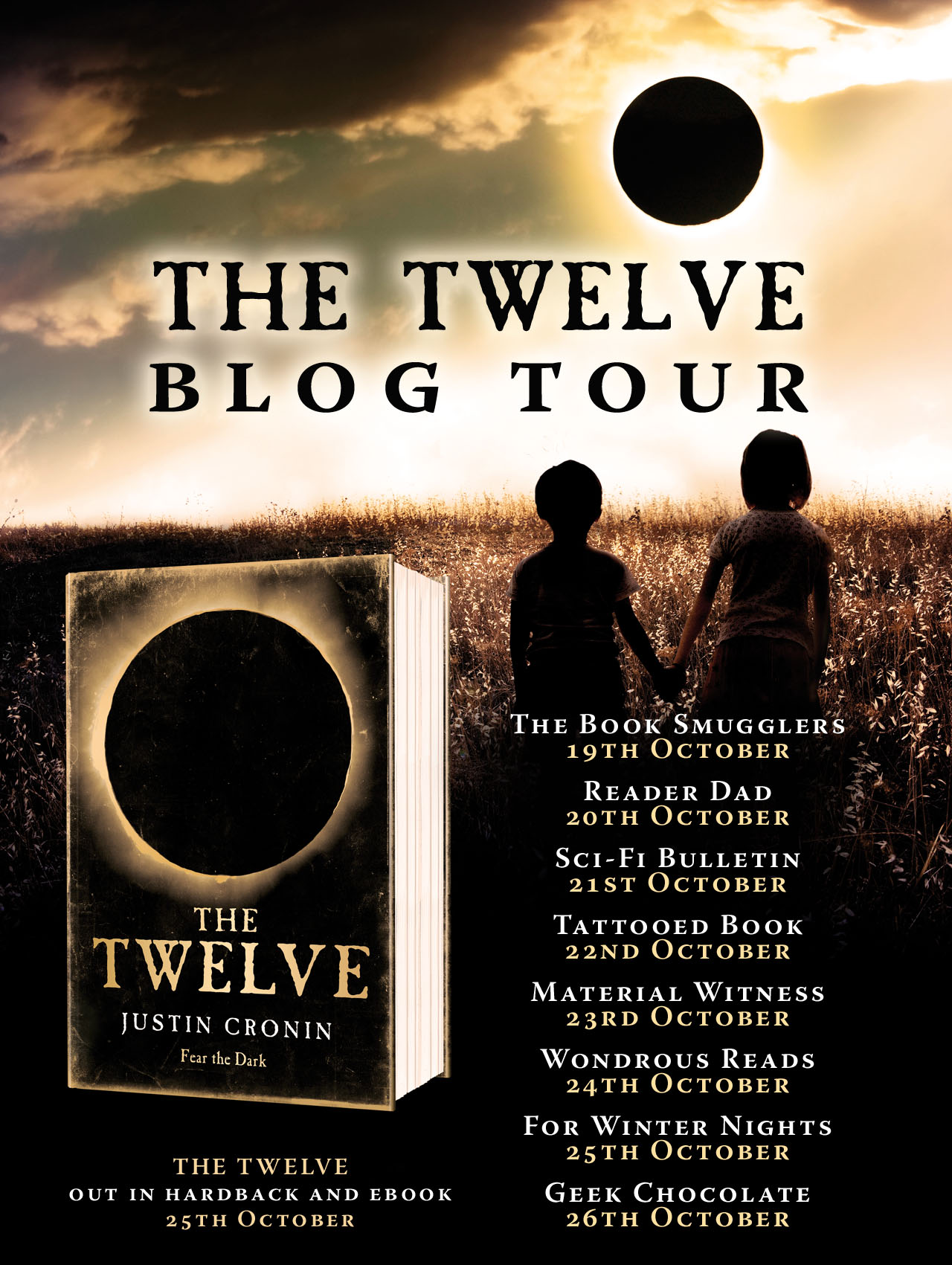 For more on The Twelve, make sure to check out the rest of the stops on the tour – starting with Reader Dad tomorrow. 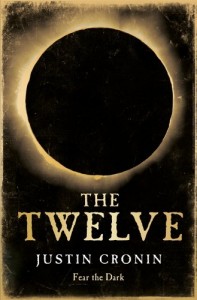 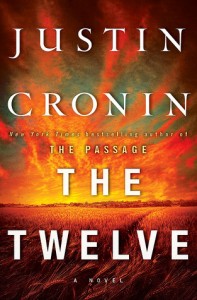 We have ONE copy of The Twelve up for grabs. The contest is open to addresses in the US, Canada & UK only and will run until Sunday October 28 at 12:01am (EST). To enter, use the form below. Good luck!