Title: Some Kind of Fairy Tale 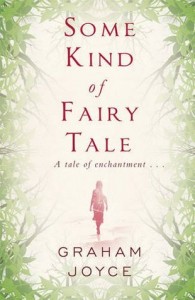 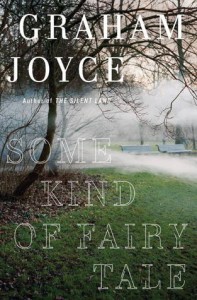 It is Christmas afternoon and Peter Martin gets an unexpected phonecall from his parents, asking him to come round. It pulls him away from his wife and children and into a bewildering mystery.

He arrives at his parents house and discovers that they have a visitor. His sister Tara. Not so unusual you might think, this is Christmas after all, a time when families get together. But twenty years ago Tara took a walk into the woods and never came back and as the years have gone by with no word from her the family have, unspoken, assumed that she was dead. Now she’s back, tired, dirty, dishevelled, but happy and full of stories about twenty years spent travelling the world, an epic odyssey taken on a whim.

But her stories don’t quite hang together and once she has cleaned herself up and got some sleep it becomes apparent that the intervening years have been very kind to Tara. She really does look no different from the young women who walked out the door twenty years ago. Peter’s parents are just delighted to have their little girl back, but Peter and his best friend Richie, Tara’s one time boyfriend, are not so sure. Tara seems happy enough but there is something about her. A haunted, otherworldly quality. Some would say it’s as if she’s off with the fairies. And as the months go by Peter begins to suspect that the woods around their homes are not finished with Tara and his family…

How did I get this book: I received a review copy from the US publishers.

Why did I read this book: Last year I read and loved Graham Joyce’s The Silent Land. When I heard about Some Kind of Fairy Tale I knew I had to read it.

It is a Christmas day afternoon when Del Martin answers the door and to his complete surprise, finds his daughter Tara standing there. Twenty years ago Tara went for a walk in the woods and disappeared without a trace. Her disappearance has forever changed the lives of her parents, of her brother Peter and of her boyfriend Richie who all assumed she had been dead all these years. Her surprising return is both bliss and mystery: Tara looks unchanged, as though she is still a 16 year old. And her story – that she had been travelling around the world – is soon revealed to be a lie.

The truth of her disappearance, the tale she tells, is a much darker and astonishing one. She says she was walking through the woods when she saw a handsome man in a white horse. She says she felt immediately attracted to him and consented in being spirited away. She says the man was a fairy, that he lived in a beautiful community of fairies who could control time but who could not control the ways between the two worlds. She says she stayed there until the doorway to our world could be opened again. She says that to her, she had only been away six months.

Everybody is understandably shocked by this turn of events. Her parents expect she will soon tell them the actual truth. Peter thinks she truly believes that what she is saying is the truth and arranges for her to see a psychiatrist who, in turn, believes she is sick. Her former boyfriend Richie (the one everybody suspected had killed her and who still loves her) slowly starts to believe her story.

The story progresses with alternating narratives that disclose the past (in first person) and the present (third person, from several characters’ pov as well as journal entries from the psychiatrist).

Some Kind of Fairy Tale is for its first three quarters, a beautifully written tale of humanity. In that sense, the title is very a propos (the “some kind” bit) because even though 1) each chapter opens with extracts of fairytales and/or historical accounts of humans dealing with the idea of fairies and 2) a small part of the story is set (or is it?) within a fairy community in which fairies are quasi hippies enjoying themselves in orgiastic lake-diving activities (don’t ask) when they are not fighting each other viciously (Not Your Disney Fairies) – the book is not about fairies – not really.

With a prose that can be charming, haunting and at times, coldly scientific, it slowly builds up an account of just how much Tara’s disappearance has shaped the lives of those around her and how her reappearance impacts the lives they’ve made for themselves since. There is a plethora of storylines that are developed around this – from Tara’s parents’ reaction to her disappearance and eventual return, to the awesome relationship between Peter and his family (wife, four kids) and with his former friend Richie. The latter is perhaps my favourite thing about the book: their friendship was broken when Peter suspected his best friend and mended when Tara came back, both threads extremely emotional and wonderfully developed.

It does have to be said: I thought that the least developed character was Tara herself even though part of the story is narrated from her point of view and despite the fact that she is such a central character. Perhaps part of it stems from how diaphanous and ethereal she was described to be. In truth, at times, I felt she was the epitome of how we commonly think of fairies and perhaps the whole point of her character. Still, I wished to understand and to know her better but appreciate that perhaps that was in fact, the point.

Storylines and character aside, I would like to address the narrative, which I thought was genius.

The story is actually narrated by an omniscient unseen narrator who prefaces his tale by telling us straight away:

Of course, everything depends on who is telling the story. It always does. I have a story and though there are considerable parts I’ve had to imagine, the way I saw it was as follows.

Right off the bat, one must wonder how reliable this narrator is and how much of this story is “true”. The execution of the story plainly offers the reader a chance to think about narrative, the power of memories (and the ways people remember things differently) as well as the very way one can construct a narrative. And by making this generous offer, the author also makes it clear that yes, a story depends on who is telling it but also who is reading it. One reader might find more truth in one character than in another and that is all good.

Unfortunately the last quarter was not so brilliant – in fact, the story takes a turn to the heavy-handed, mundane and the ending doesn’t live up to the beauty of everything that had come before. By that point, the story had become overlong, with the addition of even more point of view characters and a couple of secondary storylines that seemed excessive (and contrived).

Ultimately, for all these criticisms and for all that it was an uneven read, I can’t help but to feel that Some Kind of Fairy Tale is really, some kind of wonderful.

In the deepest heart of England there is a place where everything is at fault. That is to say that the land rests upon a fault; and there, ancient rocks are sent hurtling from the deep to the surface of the earth with such force that they break free like oceanic waves, or like monstrous sea-creatures coming up for air. Some say that the land has still to settle and that it continues to roil and breathe fumes, and that out of these fumes pour stories. Others are confident that the old volcanoes are long dead, and that all its tales are told.

Of course, everything depends on who is telling the story. It always does. I have a story and though there are considerable parts I’ve had to imagine, the way I saw it was as follows.

Reading Next: Fly by Night by Frances Hardinge