Hello everybody and welcome to our stop on the Shift blog tour! To celebrate the release of the second book in the Shade trilogy – about a world where only the young can see ghosts – we are super excited to have Jeri Smith-Ready over to talk about her visit to Newgrange with a guest post and an exclusive (and awesome) video. 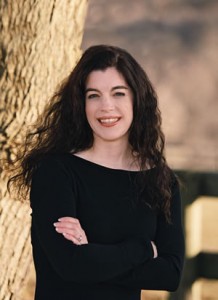 Please give it up for Jeri! 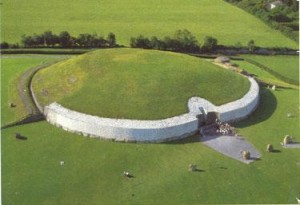 Two weeks ago today I was in Ireland, fulfilling both a lifelong dream (to go to Ireland, obviously) and also a creative journey.

In SHADE, my YA paranormal trilogy, the megalith of Newgrange holds the secret of the Shift, a mysterious event that occurred at the moment of the main character Aura’s birth. Everyone born after the Shift (including Aura) can see and talk to ghosts, and no one else can.

Newgrange is believed to have been built around 3200 BC—several centuries before the Great Pyramids of Egypt and two millennia before its more famous English cousin, Stonehenge. No one knows much for certain about the people of that time, but our tour guide Sinead said that evidence indicated they were a peaceful sort. They were buried with jewelry rather than weapons, their recovered bones hadn’t been crushed during life, and most flint of the time was used for creating art and household items, not weapons.

We also now know that they were astronomers. Many Neolithic passage tombs are aligned with the movements of the sun and moon—no doubt to mark important times of the year for religious and agricultural purposes. Newgrange itself is carefully constructed so that its inner chamber is only lit at winter solstice sunrise. 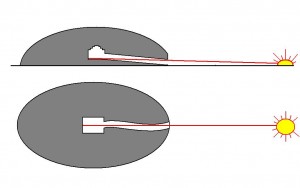 “The light-box combines with other design features so that the light is narrowed with the result that a small ‘dagger’ of light slides along the floor of the passage towards the inner chamber, where it illuminates it for 17 minutes a year.”

Newgrange’s inner chamber may have been the site of rituals held to honor the cycle of life and death. Since the winter solstice marks the time when the days begin to lengthen, it must have been a powerful moment of hope and celebration in these people’s lives.

Nowadays, a select few are chosen by lottery every year to witness the event themselves. In SHADE, Aura’s mother and Zachary’s father were two of these lucky people to enter, the year before the Shift. What happened there on that day may have changed the world. But why?

That’s the mystery that will be further explored in SHIFT, and ultimately solved in next year’s SHINE, the conclusion to the trilogy.

Thanks to Ana and Thea for hosting me today on the SHIFT blog tour! Thanks a MILLION to my talented husband Christian Ready (and his MacBook Pro) for putting together this video. Along with Newgrange, he is the real star of this production.

Shift is the second book the in the Shade Trilogy. You can check our review of the excellent first book, Shade HERE. 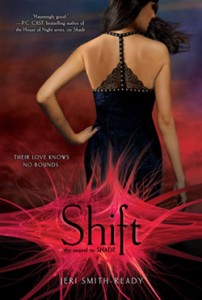 Aura’s life is anything but easy. Her boyfriend Logan died, and his slides between ghost and shade have left her reeling. Aura knows that he needs her now more than ever. She loves Logan, but she can’t deny her connection to the totally supportive, totally gorgeous Zachary. And she’s not sure that she wants to.

Logan and Zachary will fight to be the one by her side, but Aura needs them both to uncover the mystery of her past—the mystery of the Shift.

As Aura’s search uncovers new truths, she must decide whom to trust with her secrets…and her heart. 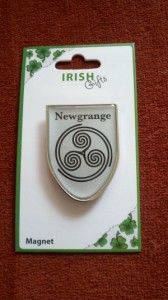 We have two copies of Shift to giveaway to two lucky winners:

The contest is open to EVERYBODY, ANYWHERE, and will run for 24 HOURS ONLY, ENDING TOMORROW MAY 3RD at 00:01AM (PST) when the comments will be closed and winners will be announced here. In order to enter, simply leave a comment on this post.

And good news: your comment will also automatically enter you for a chance to win the Blog Tour Grand Prize: annotated copies of SHADE and SHIFT, an early copy of SHIFT (book three of the series, of which there will be no other ARCS) and an iPod Shuffle! (You can read all the details of the Grand Prize HERE). Only one entry per person, please. Good luck!

Make sure to check out the next stop on the Shift blog tour on Wednesday, May 4 at Mundie Moms

Guest Author and Giveaway: Nalini Singh on Inspiration and Influences