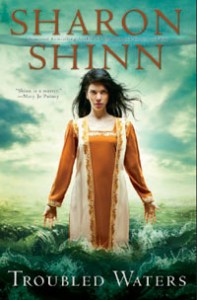 The author of the Twelve Hours series welcomes readers to a new fantasy world, where the elements rule.

Zoe Ardelay receives astonishing and unwelcome news: she has been chosen to become the king’s fifth wife. Forced to go to the royal city, she manages to slip away and hide on the shores of the mighty river.

It’s there that Zoe realizes she is a coru prime ruled by the elemental sign of water. She must return to the palace, not as an unwilling bride for the king, but a woman with power in her own right. But as Zoe unlocks more of the mysteries of her blood-and the secrets of the royal family-she must decide how to use her great power to rise above the deceptions and intrigue of the royal court.

Zoe Ardelay, daughter of two powerful and ambitious families, is a coru woman to her core, a child of water and blood. After her mother died and her father, a former royal advisor, fell from his lofty position, he and Zoe were exiled from the capitol and took refuge in a small, quiet village on the outskirts of the kingdom. For the most part, Zoe has had a happy life with her vivacious and larger-than-life father – so when he takes ill and dies, Zoe finds her quiet provincial life shattered by grief. Then Darien Serlast, a mysterious noble man from the capitol, arrives looking for Zoe, her life is turned around once again. Serlast, the king’s most trusted advisor, has come to bring Zoe back to the capitol – to marry the king and become his fifth wife. Shell-shocked with so much change and with nowhere else to go, Zoe quietly acquiesces and begins the journey with Serlast back to her childhood home city of Chialto. When she reaches the city, however, Zoe finds a chance to slip away, and, reconnecting with the Marisi river, Zoe begins to heal. For the first time in her young live, Zoe sorts through her own emotions and goals, learning what she wants for herself…until Zoe makes one shocking new discovery. Zoe is the Lalindar Prime – the heir and scion of her mother’s line, and the most powerful coru elemental in the land. With great power comes great responsibility, however, and despite her resistance to politics, Zoe finds herself enmeshed in life at the palace. And through all that, Zoe must come to terms not only with her own power and the truths she discovers of her father and family, but the demands of her heart.

As I mentioned before, Sharon Shinn can be somewhat hit or miss for me – and Troubled Waters was a mixed bag. On the one hand, I loved Ms. Shinn’s elemental society and general worldbuilding in this book (even if some of the elements didn’t *quite* work), as well as the scope of family revelations and self-truths as they are discovered over the course of the book. On the other hand, the constant repetition of certain phrases, the lack of any real danger or urgency, and the overwhelming banality of the characters and plot were less than impressive.

But first, the good. In Troubled Waters, the first book in a planned series, reveals a fatalistic society that is governed by elemental blessings: coru (water), hunti (wood), torz (earth), sweela (fire), and elay (air). While an elemental-based society isn’t anything new, I liked the idea of this culture where three distinct “blessings” (such as beauty, hope, change, triumph, etc) are foisted on newborns, and the simple straightforwardness of receiving destined advice for guidance. However, I found some other elements of the worldbuilding to be a little off – the introduction of elaymotives (steam powered automobiles), for example, which feels like some sort of tepid attempt at integrating a steampunkish element in an otherwise completely traditional, western European high fantasy. That said, everything in the universe Ms. Shinn has created with Troubled Waters flows smoothly and is generally believable and well conceived. The other aspect of the book that I enjoyed was protagonist Zoe’s revelations about her family. After her father’s death and upon returning to her childhood home, Zoe learns things about her family history that are shocking, if not entirely unpredictable, and I felt they were handled well.

Troubled Waters is everything but troubled, with a slow moving, meandering plot that is generally pleasant and smooth sailing – which is fine, but a little boring. I suppose that’s my biggest problem with the book, how frustratingly banal everything was. Protagonist Zoe, given the blessings of beauty, love and power (that’s a portent sign for boredom right there), is Mary Sue to the extreme – not only is she pretty, but she’s also SUPER powerful and morally incorruptible and everyone loves her and…you get the picture. Her match, Darien Serlast, is also your perfect traditional hero, with his steadfastness, his determination to track Zoe down, his power (but not power-hunger), and mandatory good looks. Their romance – of the Disney variety where people share a chaste kiss and touch hands and get married – is well and nice and all that, but has all the thrill of…I don’t know, a pair of thermal socks. Nice and comfortable, but not exactly scintillating.

From a storytelling perspective, I found myself similarly underwhelmed. It’s pleasant and there’s lots of shopping and fixing Zoe’s hair and getting her all pretty in expensive clothes and shoes, but, again, there’s a lack of depth here. Perhaps these offenses would be somewhat lessened had the writing been flawless, but alas. Ms. Shinn’s style of dialogue (both internal and external) is prosaic and mind-numbingly repetitive – Zoe constantly refers to herself as a coru woman, always changing never settling, while Darien responds he is a hunti man, never yielding, always standing firm, and so on and so forth. I counted a string of five chapters where each chapter ends with Zoe declaring herself a coru woman, and Annova responding that Zoe has a sweela heart. YES. I GET IT.

Troubled Waters is rather pleasant and nice, but I want some actual challenge in my reading. While pretty, incredibly powerful (and rich) Zoe is agreeable and lovely and all that jazz, I yearn for a little grit. If you’re in the mood for safe, mundane “romantic” fantasy, then Troubled Waters should fit the bill. But if you’re anything like me and yearn for something with more substance, you may find yourself disappointed with this book.

Navarr Ardelay’s body was laid to rest in a blazing pyre, as befit a sweela man who owed his allegiance to flame. Zoe stood numbly within the circle of mourners, unable to speak, as she watched her father burn away to ashes. Even as he had wasted away for this past quintile, growing thinner, more frail, uncharacteristically querulous with pain, she hadn’t really believed he would die. How could there be a world in which Navarr Ardelay did not exist?

She was so cold that not even the leaping flames could chase away her chill; the weak winter sunlight offered no warmth at all. Doman hovered close, his hand always half-outstretched. Zoe wondered if he thought to catch her when she fainted or to yank her back if she attempted to throw herself into the fire. Doman was the unofficial leader of this little village; he made himself responsible for the well-being of every soul in the small cluster of houses, and he had been tireless in his efforts to ease Navarr’s passage out of this life. He had even sent to Chialto for surprisingly effective medicines that would soothe pain and keep the mind clear. Navarr had been awake and lucid as recently as two days ago, continuing to dictate to Zoe how he wanted her to distribute his few items of any worth.

“Doman must have anything he wants from the house, of course,” her father had said late that night. “He will probably choose my desk or fountain.”

That had caused Zoe to look up in surprise. “But–I want to keep both of those.”

Navarr had lain back against the pillows, his face thin and drawn, his body weak, but his mind, as always, working working working. “It will be too much trouble to transport them.”

She was even more surprised. “I’m not going anywhere.”

His eyes were closed. “Of course you are. It is time you remembered that you are part of your mother’s family as well.”

She had not bothered to answer that because, as soon as he spoke the words, he was asleep again.

And because she was too astonished.

He spoke of her mother rarely, and her mother’s family not at all. He blamed the powerful Lalindar clan for his fall from grace ten years ago, for the long years of exile and poverty. Zoe didn’t even know if her grandmother was still alive, and which of her aunts or uncles or cousins would have inherited Christara Lalindar’s title and property if the old woman was dead. Not that she cared. She would not be seeking any of them out, even if the unthinkable happened. Even if her father died. She doubted if any of them remembered her more clearly than she remembered them–or thought of her more often.

This village was her home now, this house the place where she belonged. She already knew, as her father lay there so quietly, that the tiny house would seem enormous once his spirit had flown it. She did not know how she could possibly fill its entire vast emptiness with her own limp and tired soul.

Additional Thoughts: So you’ve read this book and are similarly underwhelmed? Well, here’s the solution to your boredom: 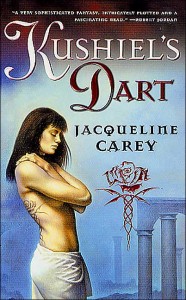 Reading Next: The Spirit Thief by Rachel Aaron

Book Review: A Skinful of Shadows by Frances Hardinge