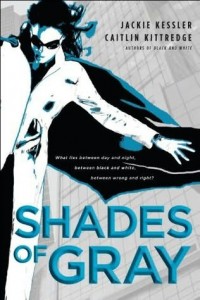 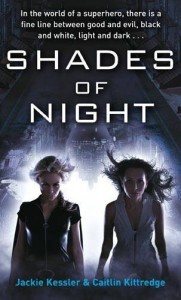 When Jet and Iridium – best friends turned enemies – came together to bring down a supervillain, they inadvertently destroyed the secret Corp-Co transmitter, whose frequency kept the New Chicago’s heroes of in-line – and sane. Now the city is plunged into chaos as these heroes are suddenly the biggest threat. Corp-Co brings in a new Squadron from India – but when heroes are tied into a system of sponsorship, only money, and not a sense of duty, can persuade them to save the day.

As they haggle, Everyman sets out to destroy the powers with a group of enhanced super-soldiers, and the mysterious villain Doctor Hypnotic is lulling heroes and supervillains alike into his seductive web – a dream-world where everything is perfect, but nothing is real. Once again Jet and Iridium are forced to set aside their hatred of each other to do what they were born to do: save the world.

Stand alone or series Book 2 in the Icarus Project series

Why did I read the book: I read Black and White the first in the series last year, and loved it.

How did I get the book: ARC from Spectra

Today I start reading Shades of Gray. I really loved Black and White, please let the sequel be at least as good. I am supposed to review this in three days, hope I can make it (I blame it on the World Cup).”
Excerpt from Ana’s Journal, June 18th 8am.

Shades of Gray is the sequel to Black and White and part of the Icarus Project series. I read the first book last year as soon as it came out and I loved it. I thought the book was fun and clever by both paying homage to previous books and comics and giving the superhero lore a new spin. With alternating chapters from each of the main characters’ – Jet and Iridium – PoV and then chunks of chapters alternating between Now and Then, the authors created a world full of possibilities, based on an intriguing Origins premise and wonderful characters.

Shades of Gray starts with the aftermath of what happened in the end of book 1. After Iridium helped bring down the Corp and their commlinks system that kept the superheroes under control, all hell broke loose with Superheroes rebelling and turning villains and/or rabid, attacking citizens, creating havoc, etc or simply quitting. Only a handful of Heroes remains, led by Jet, trying to re-organise the Squadrom and bring order to the city. If things weren’t already chaotic, difficult and tiring, shit really hits the fan when supervillains escape from Blackbird prison, including the most dangerous of them all, Doctor Hypnotic, a former superhero turned rabid who starts turning people into mindless zombies.

I barely only started reading Shades of Gray and already love it, although the beginning is a bit slow. Why is my lunch break so short? I wonder if I can smuggle the book into this afternoon’s meeting.”
Excerpt from Ana’s Journal, June 18th 2pm.

On the other side of town, Iridium is dealing with things her own way, which as we know, is not less heroic than Jet’s, only slightly less orderly. Like for example, she was the one who helped some of the villains, including her father, Archlight, escaping prison.

The thing is, in this world, villainy and heroism is officially determined by the Corp and since book 1, we all know how THAT works. On top of that, other threads continue to be explored: like the relationship between Corp and the Icarus Project and we learn what it all means.

The plotting is very, very complex. The ideas, the clues are spread out in small journal snippets at the beginning of each chapter. Plus, once more the book alternates between NOW and THEN. The NOW chapters alternate between Jet and Iridium and deals with the chaos resulting from book 1 . But there is a big difference this time because the THEN goes back in time to tell the story of the first generation of superheroes, the one with the heroines’ parents with alternating point of views between those characters.

It sounds confusing but it really is not – in fact, I am delighted, surprised by how awesome and complex it was. I do admit that at first, I thought the pacing to be super slow and with less action sequences than a superhero novel ought to have. But folks, it works. Because this is less of a book about fighting (although there are some really good fighting sequences) and more about the characters and what it means to be a superhero. In the same vein of the comics Irredeemable or the novel The Rise of Renegade X (both recent releases) it investigates the psyche of the superhero and how not everyone who is a superbeing is necessarily equipped for the task – this is both sad and terrifying. I mentioned an Origins story and in the end all the pieces of the puzzle come together to form an astonishing story.

As astonishing and complex as the plotting was, nothing matters more to me than the characters. Both Jet and Iridium whom I already loved from book 1 and whose arcs are further developed: these two have to deal with their parents’ reputations and fall from grace and create their own path. It is not easy; especially when it comes to Jet whose Shadow power basically dooms her to mental illness as it has doomed every single Shadow hero before her.

But this time around what really made the book to me was the THEN parts. I can’t begin to describe how good the chapters about the first wave of superheroes were: Vixen, Luster (before coming Archlight), Blackout, Angelica and Night. By showing how Corp first started using the comms links, how they used and controlled most of them and how of course, there was a sense of impending doom throughout because we knew already how tragic their lives were. We just didn’t know how much: love, paranoia, betrayal, madness, death, everything was there and this was by far my favourite part of the novel because it all has repercussions in the worldbuilding and in the current lives of the protagonists.

Today a book made me cry. I love when that happens. Also: Luster and Vixen FOREVER.”
Excerpt from Ana’s Journal, June 20th 3:30pm.

I have to give kudos to the authors for this collaborative work – it can’t be easy to create such a polished, smooth read. In the end, I laughed, I cried, I rooted for the heroes and against the villains and when I closed the novel, I knew I was going to miss the characters. That makes it for a great read, in my books.

Notable quotes/Parts: I loved all the scenes with Vixen and Luster, the Angelica/Hal/Blackout love triangle. They were powerful and so, so sad.

Additional Thoughts:Come back later today for a guest post with one of the co-authors, Jackie Kessler, who talks about how comics and Neil Gaiman’s kiss inspired her as a writer and for a chance to win a signed copy of Shades of Gray.

Verdict: Picking up where the first book left off and further developing the themes of heroism and the hero’s psyche, Shades of Gray is an even better book than its predecessor. It is also an extremely fun book to read and with awesome characters to boot.