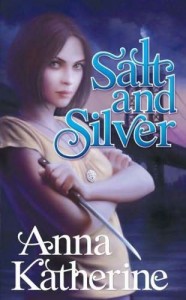 Stand Alone or Series: It is stand alone but I would not mind if this was actually the start of a new series. Not at all.

Summary: When trust fund baby-turned-waitress Allie and her friends accidentally open a Door to Hell in the basement of Sally’s Diner, they don’t realize the havoc it will wreak on their Brooklyn neighborhood. Of course, the upside to murder-happy demons coming through the Door all the time is that Allie gets her own sexy and mysterious demon hunter: the dark-eyed, leather-clad, Stetson-wearing Ryan.

Ryan teaches Allie everything he knows about fighting the creatures of the underworld—but refuses to give in to the sexual tension that simmers between them. Allie has almost given up on taking her relationship with Ryan to the next level when there’s a surge in demonic activity… and the Door disappears.

Now Allie and Ryan have to travel through Hell, literally, to try to stop Hell from taking over the Earth. They may not survive the trip, but Allie is about to discover something very important: Mortal peril is a total turn-on.

Why did I read the book: I was offered a review copy by the publisher. I thought it was an offer I couldn’t refuse.

I had no expectations about Salt and Silver. I did not see this book around the blogosphere , I had not read any reviews (although there are a few around) . With only the back blurb as a guide, I embarked on a journey that was by all means, fun, fast-paced and really, really good and it is mostly down to a charming narrative voice and to a trip to nine dimensions of Hell.

6 years ago, Allie lost everything after her mother took off ( to Rio, with tennis instructor Rio) with the family money leaving her destitute. Once a spoiled rich kid, who had everything and who lived the wild life of parties, drugs and sex, Allie finds herself having to find a job and a place to live. On the day she gets a job as a waitress at Sally’s Diner, she decides to celebrate with her two best friends Amanda and Stan. They get drunk in the basement of the diner and end up doing what has gone down in the History of their lives as a Really Stupid Thing. They made a spell up and opened a Door to Hell. Six years later, Allie, now the manager of the diner lives a completely different life. The Door to Hell, now part of her daily routine, has made her become an adult – simple as that. Catapulted into a life that most mundanes (ie, us) have no clue about, Allie has learnt how to be poor and how to fight. She realises she has made many mistakes in her life, the greatest of them being obviously the Door but she doesn’t begrudge it for two reasons: the lessons she learnt and Ryan.

Ryan, the demon hunter that appeared at the very moment the Door opened to guard its gates and prevent the demons that occasionally cross it, to go into the streets. Her protector, her friend and her mentor. He has taught her how to fight (vampires, demons, etc. Not zombies though. Zombies are not real) and how to heal their wounds as well by using silver. Although Allie would love to be something more to Ryan as it is clear that she loves him and that he has feelings for her as well.

Anyways, our story kicks-off when her Door disappears. Parallel to that other Doors start to spontaneously appear all over town. Ryan has no clue about what is going on, nor do other hunters or even their leader, the psychic witch Narnia. What they do know is that if Doors keep appearing like that, there won’t be enough hunters to keep demons at bay and the world will surely collapse in Earth and Air. They have to come up with a plan pronto. And the only thing they can think of is: they need to cross one of the Doors and go to Hell to ask for help from one of the Gods that inhabit the underworld. The problem is that once they cross a Door to Hell, they must go through nine dimensions of the underworld before they are allowed to leave and there is not saying who will survive or not. A team of hunters is gathered and together with Allie and Stan (they need their blood because the Doors recognise their imprint) they go on this perilous journey. Not all of them will make it.

Salt and Silver is narrated in first person (and present tense) by Allie and her voice is vivacious and light. I really liked Allie – how she comprehends completely that her life prior to the Door was a complete waste (and how her two friends Amanda and Stan carry on the same way as before and how that is a reminder and a mirror to her past) and how her priorities have changed. She takes full responsibility for what has happened but sometimes she forgets she was not alone. I loved how she thought about Ryan and how she hoped to be the one that made it possible for him to change: Ryan is one of those heroes with a Past and who prefer to keeps the heroine at bay for their own sake. The tension between the two is tremendous – not only sexual. They know each other – although not that much because Allie knows nothing about his past, and they don’t know each other’s real name – in a basic level. There is understanding , sympathy and companionship. And heat, so much heat: Allie’s memory of the one kiss they exchanged in the past 6 years is hotter than a jalapeño pepper with chilli on top.

The “we want-but we can’t” build up is one that usually drives me insane but in this case, it worked very well , because Ryan’s reasons where well in the way of being reasonable. In any case, even though the book is listed as Paranormal Romance , the romance is not as central as one usually gets in the genre even if it is ever presence in Allie’s mind.

What is central is the plot regarding the Doors and as a Fantasy reader I could not have been happier. I read that the authors have a background in Religious studies, folklore and Greco- Roman magic studies. It shows. The story is filled with smart references to various mythologies and popular beliefs, in particular after they cross the Door into Hell. The idea here is that each dimension is different, structured different, organised different and able to do different things to each person. There is also the fact that Hell is what you bring with you. That made for riveting reading, folks. I enjoyed every single minute spent there – in the Sumerian Hell, Greek Hell, Catholic Hell (incidentally the most terrifying one). As I read it, I was part fascinated with the content from an exclusively geeky way but also terrified at some of the Hells they visit. The encounter with the Lamia was absolutely horrific.

Although sometimes the light tone of the narrative did not agree with the darkness of the content (it made Allie appear somewhat detached from her surroundings), the result was one I was completely satisfied with. I devoured the book and I was riveted with every single detail such as:

Allie’ s keen sense of smell (like she notices how Ryan smells like sandalwood because he steals her sandalwood soap, which she buys from the Indian market because it’s cheaper) ; like how “her pheromones want his pheromones; like how Ryan talks with his eye-brows and she decides she can now speak eyebrow-ese although she doesn’t understand what he means when he kisses her; how she muses that Ryan tastes like everything she ever wanted and nothing she ever had; Even the way she freaks out that they forgot the condom when they finally have sex; How all of them had had Avatars for protection while in Hell and how each Avatar was part of who they were ;how they had silver cauter scars ; that and more, so much more made this a fabulous read that I am happy to recommend.

Notable Quotes/ Parts: when I tried to pick one quote for this section I realised I ear-marked the entire book! I think this one is a good one, to show the narrative voice. Ryan and Allie are getting into the subway and realise there are demons around.

“I don’t want to get on the train, though. I really don’ t want to. It’s not like I can hear a Door whispering or anything. I just….don’t want to get on the train. I feel like I did in the hospital hallway. This is a bad idea.
Ryan takes my arm and gently tugs until I step through the open doors, and I hang on to him, put my face in his chest. He doesn’t smell like blood anymore; he must have showered in my apartment above the dinner when I was dreaming about werewolves. He smells like sandalwood.
Out of the corner of my eye, I can see shadows with wings, and I swallow back the bile that rises in my throat.
“Ryan”, I whisper urgently.
“I see them”, he says calmly. Too calmly. “They won’t come near us. You still smell like the dead one.”
He murmurs quietly to me about demons and animals and the importance of smell identification to largely nocturnal creatures. It sounds like garbage, but it’s comforting. When the subway stops, we get out, even though we’re not at our stop yet. We get into a different car. This one feels wrong too, but there are no winged shadows, so I just stand with my face in Ryan’s chest, and breathe in the smell of sandalwood.”

Additional Thoughts: Go check out the author’s website. They have information about the magic they mention in the book (including a link to Ryan’s Delicious.com page) and even a couple of recipes from Sally’s Diner.

I also thought really interesting that one of the most important clues they got in Hell (hey, their journey was a Quest, wasn’t it?) involved a Canadian story about the Hand of Franklin. I had never heard of it, but thought it was very cool.

Verdict: a fantastic heroine with an engaging narrative voice, some lovely romance and a fascinating trip to Hell. Highly recommended.

Reading Next: The Adamantine Palace by Stephen Deas