Another Sunday, another Stash: but you’d better fasten your seat belts because this week? It’s going to be crazy, fast and furious! 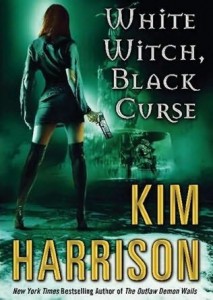 On Monday, Thea will review White Witch, Black Curse (The Hollows, Book 7) , the highly anticipated Feb 24th release by Kim Harrison. Along with the review, we will run a Very Special ARC contest – stay tuned. 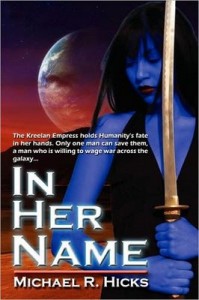 On Tuesday, Ana and Thea will post a joint review of In Her Name by Michael R. Hicks, a self-published Sci-fi novel which was chosen as the February selection for the KindleBoards.com book club . 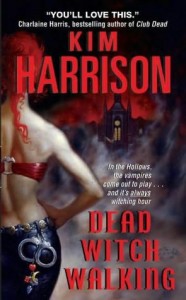 On Wednesday, we bring you our monthly Guest Dare. This time our guest is Kristen, from the awesome Fantasy Café blog. Kristen will be reading, quite appropriately, Dead Witch Walking, the first Hollows book by Kim Harrison, one of Thea’s favorite series. But what goes around, comes around and… 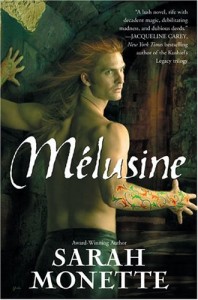 … Kristen pulled a Graeme and dared us back! She asked us to read Melusine by Sarah Monette , one of her own favorites and we will be posting our review at her place at some point this week (date to be confirmed). 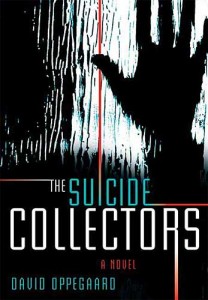 On Thursday, Thea will review The Suicide Collectors , a debut novel by David Oppegaard:

The Despair has plagued the earth for five years. Most of the world’s population has inexplicably died by its own hand, and the few survivors struggle to remain alive. A mysterious, shadowy group called the Collectors has emerged, inevitably appearing to remove the bodies of the dead. But in the crumbling state of Florida, a man named Norman takes an unprecedented stand against the Collectors, propelling him on a journey across North America. It’s rumored a scientist in Seattle is working on a cure for the Despair, but in a world ruled by death, it won’t be easy to get there.

Thea really enjoyed the novel which inevitably led us to invite the author for an interview and, he very graciously, agreed to. The chat with David Oppegaard will be posted on Friday and we will run a contest where we will be giving away FIVE copies of The Suicide Collectors.

Hope to see you all around for the fun ride!

After the HUGELY successful reviewers link-up meme, John from Grasping for the Wind came up with yet another cool idea. This time it is a Book Review Meme. This is how it works:

Find a favorite book, movie, or videogame review (Science fiction and fantasy related) that you have written, no matter where it was posted, and add it to the following list. Make sure to repost the whole list, because in doing so, we accumulate what the reviewers themselves think is their best work, and give each other some linkages, increasing everyone’s rankings.
Again, I plan to keep track of all the blogs that link back to me, and I will add the review of choice to the list. If you are one of the early adopters, you can check back here occasionally and add the new ones that get added to the list at your blog or website.

This probably won’t be as successful as the Book Reviewers Linkup Meme, but I certainly would find it useful to know what reviews are considered their best by the writers themselves.

The Book Review Meme @ Grasping for the Wind

You can go to Grasping for the Wind to get the complete list as he will be updating it every 48 hours.

And that is all for now! 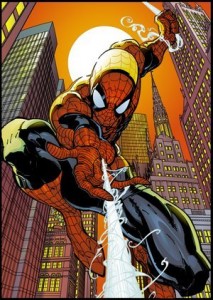