Another weekend comes to a close, but worry not! We have another busy week ahead.

Thanks to Julia Quinn for stopping by for the lovely chat! And we have our winners–drumroll please–

You have both won one book each of your choice from Ms. Quinn’s backlist! Drop us an email (The Book Smugglers AT hotmail DOT com) with your pick and your address and we shall ship them off to you as soon as possible. 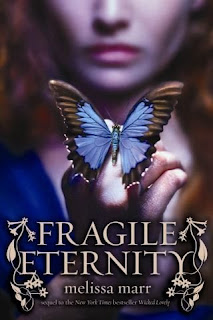 As it turns out, there’s a Manga in the works set in the same universe as well! Per Melissa’s Blog, even though the cover says Wicked Lovely, it isn’t a manga version of the novel. Both Fragile Eternity and Wicked Lovely: Desert Tales, Sanctuary hit shelves in April 2009. 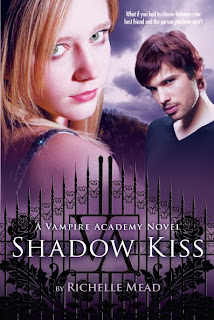 Copies of Richelle Mead’s latest Vampire Academy novel, Shadow Kiss (book 3) have been creeping early onto retailer shelves! I snatched up my copy this weekend. Hell yes. The official release date is November 13, 2008…but if you’re lucky, you might get your hands on it early.

This Week at The Book Smugglers: 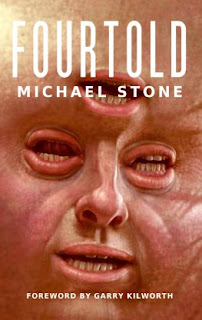 On Monday, in honor of its second printing in paperback, we’ll have a review of speculative fiction author Michael Stone’s Fourtold. Fourtold is a collection of four dark fantasy/horror stories, with an introduction by World Fantasy Award winner Garry Kilworth. On Tuesday, we’ll have an interview with the talented Mike Stone, about his work, his inspirations for the stories, and plans for the future. Make sure to stop by and check it out! 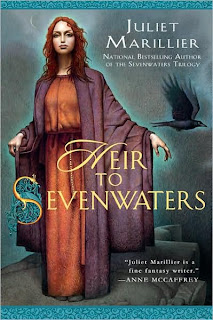 Wednesday, Thea will review the brand spankin’ new Juliet Marillier book, Heir To Sevenwaters (Sevenwaters book 4). This quite possibly could be Thea’s favorite book of 2008!

The chieftains of Sevenwaters have long been custodians of a vast and mysterious forest. Human and Otherworld dwellers have existed there side by side, sharing a wary trust. Until the spring when Lady Aisling of Sevenwaters finds herself expecting another child—a new heir to Sevenwaters.

Then the family’s joy turns to despair when the baby is taken from his room and something…unnatural is left in his place. To reclaim her newborn brother, Clodagh must enter the shadowy Otherworld and confront the powerful prince who rules there. 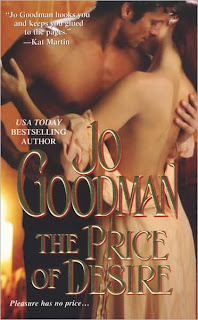 Thursday, we’ll have another Powerpuff Joint Review–Bubbles (aka Ana) and Blossum (aka Katie) will take on Jo Goodman’s new release, The Price of Desire.

Olivia Cole is devastated to learn that her ne’er-do-well brother has promised her to the operator of a London gaming hall as payment of his debts. Olivia accepts her fate – even if it means that her reputation will suffer from living among rogues and gamblers. But when she meets the sexy and mysterious Griffin Wright-Jones, the Viscount of Breckenridge, Olivia has more than just her good name to worry about – for he rouses in her wanton thoughts she’s never dared entertain – until now…Griffin wears the scars of his life on his striking face. Although he wants Olivia like no other woman before, eh doesn’t force her to share his bed – a difficult task considering how beautiful she is. But with each passing night, Griffin and Olivia’s resolve weakens until finally they take their greatest gamble on one night of reckless pleasure. 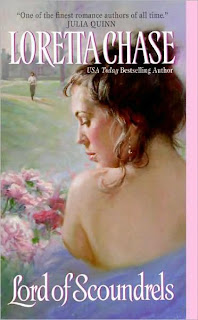 Friday, we’ll close out the week with another Guest Dare! This time on the chopping block, it’s young adult author Karen Mahoney, as she tackles an old school romance novel–Loretta Chase’s Lord of Scoundrels.

And, A Cryptic Announcement:

What is Smugglivus, you may ask? It’s kind of like Festivus (from Seinfeld). We will have authors and bloggers over during the month of December, to celebrate the year in books. And we’ll have our own Feats of Strength, Airing of Grievances, etc. More information to follow! 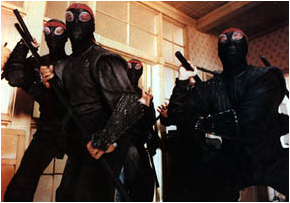