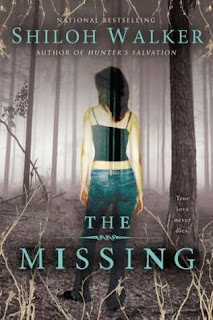 Stand Alone / Series: It can be read as a stand alone but I have the gutt feeling this is only the beginning.

Summary: Her psychic gift drove away the man she loved – and years later has drawn him back to her.

As a teenager, Taige Branch hated her psychic gift. No one could understand – except for Cullen Morgan, the boy who stole her heart. He did his best to accept her, until his mother was brutally murdered – and he couldn’t forgive Taige for not preventing it.

Now a widowed father, Cullen Morgan has never forgotten Taige. But what brings her back into his life is another tragedy. His beloved little girl has been kidnapped, and Taige is his only hope of finding her. Working together against the clock, Cullen and Taige can’t help but wonder whether – if they find his daughter in time – it isn’t too late for the overpowering love that still burns between them.

Why Did I Read The Book: I read Through the Veil and really liked it and wanted to read more of Shiloh Walker 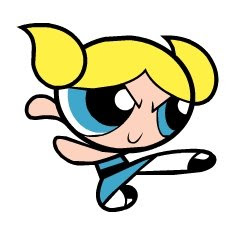 Bubbles: Why Ana, why must you do this to me?

Ana: I have no idea what you are talking about

The Missing starts with Part One, going from 1992 to 1996 showing the beginning of the love story between rich white boy Cullen Morgan and poor, orphaned, black girl Taige Branch. They are both teenagers when they meet as Cullen’s parents buy a summer condo at the beach town where Taige lives. Taige has a very VERY hard life, living with her uncle Leon who sees himself as a man of God and thinks Taige to be tarnished and an Evil Envoy from Hell because of Taige’s “powers” – she is a psychic who is plagued with these visions of very VERY Terrible things and they can be fro the past, from the future , from the present but they are always very VERY dark and very VERY violent not only in the way they make her feel physically but also in what they show her. Taige good girl that she is, must always act on what she sees and she is a local heroine that ends up rescuing people from drowning or helping the police solving kidnappings and murders. She has no control over her powers though and Cullen represents a respite because she can’t read him as she does others and there is a sense of peace when she is with him. Cullen similarly finds Taige AMAZING and we must buy that they have this unspoken connection and that their love is a thing of beauty, expect they have zero chemistry and really, I don’t care much for Cullen although I can safely say that Taige is a promising character with her awful, very VERY hard life with the beatings, abuse she suffers from Leon and her own gift that brings her nothing but pain.

Then, Taige has a horrible vision of Cullen’s mother dying in an attack by a rapist and it is too late to do something except to drive to his house and help him getting over with. But Cullen is so taken with hurt and anger for the way his mother dies that he takes it all on Taige. He is furious at her for not helping his mother, he is callous, cold and tells her she is a coward for not mastering her gift, then he proceeds to rape her (yeah, please it is rape even though she ARGH, comes) and as soon as it’s done he tells her he doesn’t want to ever see her again. Although, I can understand how he would be hurting so much because of his mother’s death, I also thought his treatment of Taige was way over the top and offensive. At this point I hate Cullen and am moved by anger myself and all I want is for his sorry ass to be kicked all the way to China, which I hope will happen on part 2, which starts as soon as this scene between them ends.

Taige has mastered her gift and works as a freelance consultant for the FBI. Everything that she has done for the past 12 years has been propelled by the guilt she still feels over Cullen’s mother and by his own words – all the work she does, all the people she helps comes from her desire not to feel useless. She fells more dead inside than alive, she overdoses on victims, trying to fill the emptiness that Cullen has left inside of her.

Every night she drinks herself to oblivion (it is hinted that she has a drinking problem but it is never really addressed.) so that she won’t dream of him.
She still loves Cullen, she still suffers his loss and she constantly goes “oh poor me, if he really loved he wouldn’t have left me”. I do agree with you Taige but it’s been 12 years -GET OVER IT. But hey, I guess if she did, we wouldn’t have a book would we? It is also pretty certain that there will be no ass-kicking in this book (expect for my own for actually reading it until the end).

Cullen is a bestseller writer, widower with a 9-year-old daughter. He was married for a short time to a woman who died in childbirth and whom he didn’t love, whom he knew he would never love but whom he married anyway. Talk about callous and egoist. He still thinks about Taige, he still loves her and he keeps a file with news that he has collected about Taige (what a creep) .

But you see because they share this connection, they have been dreaming about each other for years and it is very clear that the dreams are real – they do indeed talk to each other in them and of course the dreams – conveniently – allows them to have sex which in turn must fill the necessary quota of Must Have Sex for romance novels. More than developing the love story though, these sex scenes are contrived and add a sense of growing creepiness to Cullen’s character as 99% of the time he forces himself to her and tells her to “be still” while he slams into her in whatever position he feels like whilst at the same time ordering her to say that she loves him. Taige who often begins these sexual encounters not wanting them to happen soon enough is very much into the thing because you see, Taige has one of those traitorous body.

So, Taige “woe is me” Branch and Cullen “I am a creep” Morgan are brought together once more when his daughter is kidnapped by a serial killer (note: she had been missing for 5 hours and the FBI was already at his house investigating in the meantime). He decides he must ask for Taige’s help in finding her. In the midst of the investigation (which happens way way fast), it is clear that the daughter, Jillian has the same gift as Taige and all the other serial killer’s victims are also “special kids”. They find the daughter and rescue her : now I ask of you, would a civilian consultant have a gun, handcuffs and be allowed to be traipsing around doing police work?

Actually, the whole relationship between Taige and the Bureau sounds so…wrong. For starters there is the fact every time she has a vision, she ends up vomiting; then she goes under a sort of sleep that may last HOURS; then it is clear that she gets inside other people’s heads , she feels the evil and she feels the victims which is even worse. And all of these Agents and their boss who is charge of this Division that deals with psychics just stand by watching this happening, they are even aware of her drinking problem and yet there is not talk of counselling, of a close follow-up for the most severe cases. It strikes me as strange to say the least that the FBI would be so irresponsible. Maybe it’s because she doesn’t work directly for them? Maybe it’s because she is merely a consultant? I must say this because this reasoning is repeated over and over again throughout the book especially when she is talking to the head of operation:

“I’m not your lackey. I am not one of your agents you can send running out for coffee or to go spy on the neighbours”

”After all this time, you still seem to forget that I don’t really work for you , do I?”

“He wasn’t her boss, but she did have a responsibility to the Bureau. Taige didn’t technically work for him; her official title was civilian consultant. “

This sort of back and forth between them happens over and over again. There is the Mantra “I don’t work for you, remember” and the inner monologue she also plays inside her mind “she wasn’t part of his team”. But even that is inconsistent because at one point she thinks

On top of the lack of chemistry between the characters, the lack of verisimilitude in her dealings with the Bureau, there is also the serial killer whose identity should be clear to you the moment you learn about the special gifts of the victims and which adds another level of “you have got to be kidding me” to the proceedings. It is explored that Taige can read people’s impressions (not minds) and this is what keeps her away from close relationships. I ask of you again dear reader, if it is that easy for her to read people how come she never noticed the killer’s incredibly tarnished aura – the man has been killing kids since before her time – and she never got that?? Come on – that doesn’t fit in the story at all.

The premise of “Love Never Dies” is one that always get me interested and the idea of a special unit of the FBI dealing with psychic kids and recruiting them is one that also has plenty of potential but sadly both ended up being poorly executed and are right now, inhabiting the land of Wasted Opportunity.

Reading next: The Price of Desire by Jo Goodman

The awesome Katie(babs)aka Blossum has read the book too – want to know if she thought this to be as bad as I did? Go check it out