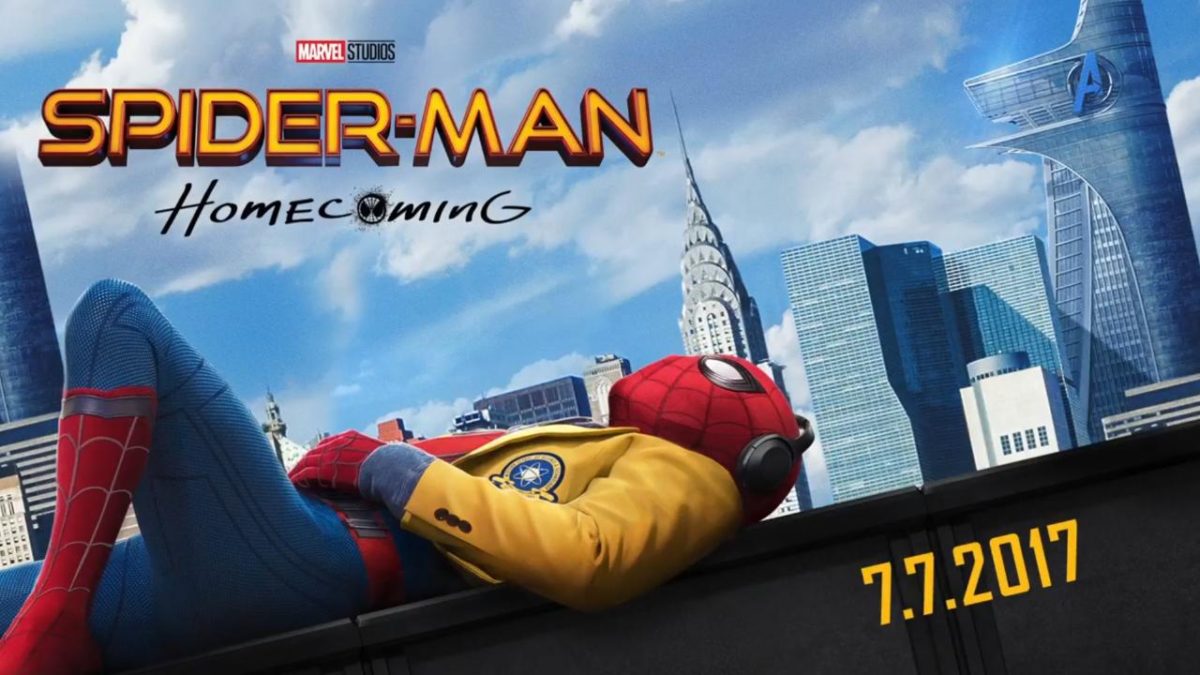 When I first heard that there would be yet another Spider-Man reboot, I confess I was one of the many voices who said “Again?” and also “Do we need another origin story for Spider-Man”? and also “I want a Miles Morales Spider-Man!”.

But then Captain American: Civil War happened and I was so charmed by Tom Holland’s Spider-Man that I found myself super ready for Yet Another Spider-Man Movie.

So here we are. I watched Spider-Man: Homecoming yesterday and not only did I love it, I actually think it’s the best MCU movie of the recent past AND the best Spider-Man movie.

Let me tell you why with a spoiler-free list – against all odds – I loved the new Spidey movie.

1) How does a new Spider-Man movie feel fresh and exiting? You bypass the whole origin story by shifting the story to a few months later where Peter Parker knows his powers, already has experience crime-fighting and having worked with the freaking Avengers. What he doesn’t have though is a place in the world, at least not yet. He is mostly alone to start with, relying on Tony Stark and Happy to help along his track into secret superheroism. So, even though we don’t get to see – AGAIN – the whole thing with being bitten by a radioactive sider, we still get to see a very young Peter Parker, full of earnest potential and delighted by what he feels he could do to help the Avengers and learning what kind of hero he wants to be.

2) It’s a breath of fresh air to see a movie that is hilarious and so so freaking youthful. Guardians of the Galaxy sometimes fills this roll in the Marvel Cinematic Universe, but I have huge problems with that franchise so no, I am not counting it. I think part of why it works in Spider-Man: Homecoming stems from this being the youngest Spider-Man. And one that looks and reads younger too. This is a veritable YA superhero movie, with a bit of John Hughes nostalgia thrown in there (there is even a super great Ferris Bueller shout out) and reminiscent of the excellent work that G. Willow Wilson is doing with Ms Marvel and Kamala Khan. With that said, there is plenty of heart-twisting moments in there. 3) I laughed a lot watching this movie. I also cried so much. There is one scene in particular when Peter finds himself in a horrible situation and he breaks down in a way I did not expect, did not see coming. It was the superhero breakdown I always wanted to see and never knew. In that moment, I truly felt: this is a kid.

4) Meet Vulture, the best MCU villain. So, Spider-Man’s arc drives most of the story but it’s interesting that so does the villain’s. I am probably not the first one to say that this franchise lacks good supervillains, right? Vulture, played superbly by Michael Keaton is a relatable villain in many ways and the eventual clash between the two characters was yet another good surprise.

5) Spider-Man: Homecoming feels like it’s part of something greater and is genuinely surprising. Do you know how we watched Civil War and Avengers Age of Ultron and every single character and their mothers made an appearance. Subtlety is not the MCU’s best suit and it feels like those movies just screamed to our faces: HERE, WE ARE AN ENSEMBLE CAST. But both Spider-Man’s growth into being a superhero and Vulture’s rise to be a villain are firmly stablished into the MCU as a result of existing superheroes and their actions and policies. It’s also a movie in conversation with recent superhero flicks. At several points, we see Peter break down over the danger he has put other people in and the destruction his actions have unwittingly caused. It’s another way this movie is heartbreaking but not in a hopeless way.

6) Best Spidey and Best Villain. What about the other characters? OMG, from Marisa Tomei’s cool aunt May to Peter’s geeky best friend Ned, from his geeky friend and romantic interest Liz, to the fantastically snarky secondary character played by Zendaya, it’s all good and super diverse. Even the background scenes had more characters of colour than I am used to seeing anywhere. 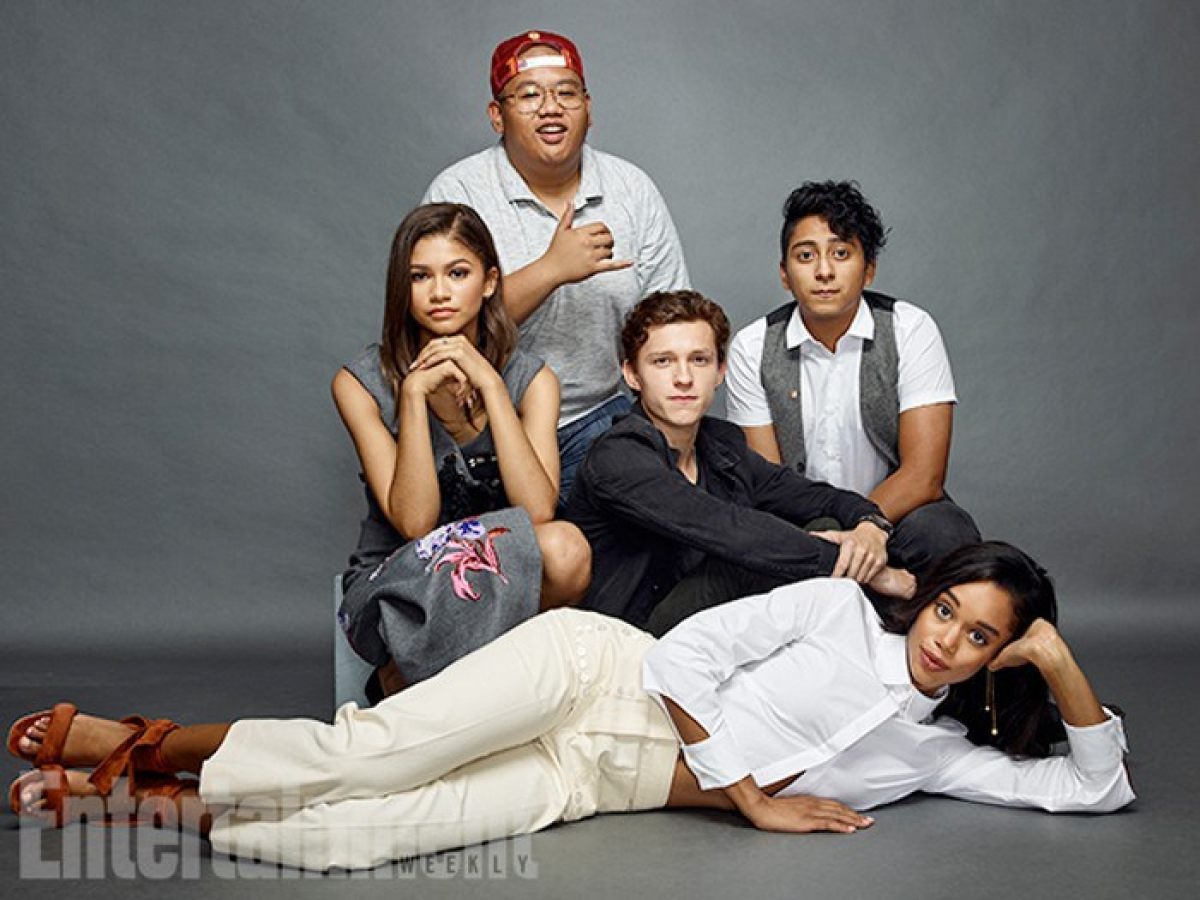 7) Tony Stark is the best and worst mentor a guy could have. Tony Stark trying to mentor a 15-year-old: a terrible decision. But funny and ultimately rewarding. There is a mini-arc here that was super brilliant too.

8) Speaking of Tony Stark and Aunt May: one of my biggest fears after Civil War was that there would be a terrible romance sub-story between these two. I am happy to report this movie doesn’t go anywhere near this terrible idea.

9) Spider-Man: Homecoming has the best, funnest cameos. From Donald Glover’s character (I shall not spoil) to Happy, from Iron Man / Tony Stark to a couple of others that shall remain unspoiled.

10) From the moment it opens with a hilarious home-made movie by Peter Parker and up until the end of those credits scenes, this movie is a delight. Who knew I would have so many fuzzy feelings about the new Spidey?

(I still want a Miles Morales Spider-Man though, please and thank you.)