Hello everyone, and Happy Saturday! Today we are delighted to be a part of the official international blog tour for Rick Yancey’s blockbuster alien invasion sensation, The 5th Wave. Thea reviewed the book and absolutely loved it (one of her favorites of the year), and today we share an official audio snippet, plus our own survival backpack list and five helpful SFF resources to glean for tips to survive the alien apocalypse. 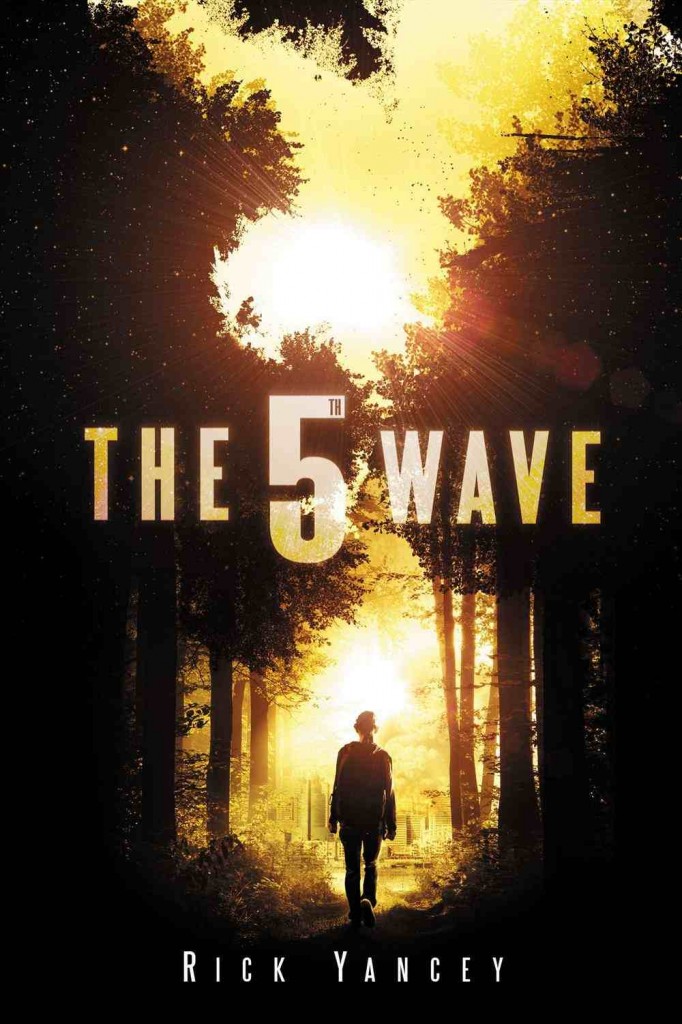 Now, it’s the dawn of the 5th wave, and on a lonely stretch of highway, Cassie runs from Them. The beings who only look human, who roam the countryside killing anyone they see. Who have scattered Earth’s last survivors. To stay alone is to stay alive, Cassie believes, until she meets Evan Walker. Beguiling and mysterious, Evan Walker may be Cassie’s only hope for rescuing her brother—or even saving herself. But Cassie must choose: between trust and despair, between defiance and surrender, between life and death. To give up or to get up.

For our stop on the tour, we have an exclusive audio extract of the book, below! (If you have any problems using the widget below, you can also access the snippet HERE.)

In The 5th Wave, heroine Cassie packs a few essentials and treasured items in her backpack as she strikes out in the woods alone. Here are the 5 non-negotiable items we’d include in our survival packs (assuming we already have a canteen of water and some basic food items):

Before it all goes down, you’ll also want to make sure you’re up to speed on alien invasion survival tips. Here are our five essentials in the alien apocalypse canon: 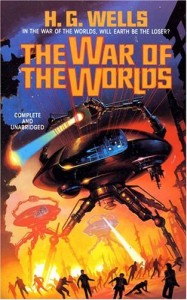 1. War of the Worlds by H.G. Wells – Complete with cylinders, black smoke, and terrifying tripods, Wells’ contribution to the apocalypse-by-alien invasion literature is a no-brainer. 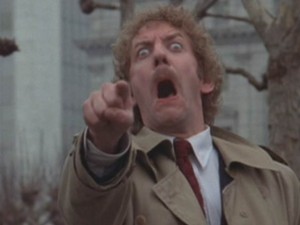 2. Invasion of the Body Snatchers (1978 Edition) – This remake introduced The Scream, and to this day still scares the crap outta Thea. Like The 5th Wave, Body Snatchers features invading aliens that assume the bodies of humans – that is some terrifying stuff, folks. (Of course, you should read the book, too.) 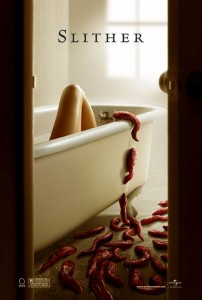 3. Slither – Part Invasion of the Body Snatchers, part The Thing, part Night of the Creeps, and all awesome, Slither is a slick, slimy alien invasion takeover of a small town. And it stars some of our very favorite actors: the incomparable Michael Rooker, Elizabeth Banks, and Nathan Fillion. Need we say more?

4. Falling Skies – Probably the most applicable title on this list as it follows a small contingent of humans who have survived the alien apocalypse. Plus, it’s almost back, people! 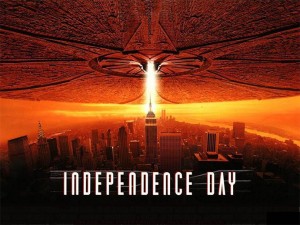 5. Independence Day – Thea saw this movie a record 5 times in the movie theater when it first came out (this was right around the time that aliens were en vogue and The X-Files was the best show on television). ID4 reminded us that even incredibly advanced and hostile aliens make massive oversights – like forgetting to set up that pesky firewall.

Notable mentions: On the books side, Footfall by Jerry Pournelle and Larry Niven, The Forge of God & Anvil of Stars by Greg Bear, Extinction Point by Paul Antony Jones.[1. As we’re putting together this list, we’ve just noticed how overwhelmingly male the authors and main characters are. Surely there are more female authored alien invasion stories out there? Anyone have any suggestions?] There are a number of other films and TV shows that are favorites and truly excellent, but don’t offer much in the way of survival tips or focus more on the human element (which is awesome, but not as applicable for this particular list): The Thing (Carpenter remake), They Live, The Day the Earth Stood Still (original), The Faculty, District 9, The X-Files, The Blob (original), Aliens and Killer Klowns from Outer Space (just because you never know).

About The Blog Tour

Make sure to check out the other stops on the tour, plus www.the5thwaveiscoming.com and Rick Yancey on Twitter (@RickYancey).

We have ONE copy of The 5th Wave up for grabs! The contest is open internationally and will run until Sunday May 19 at 12:01am EST. To enter, use the form below. Good luck!