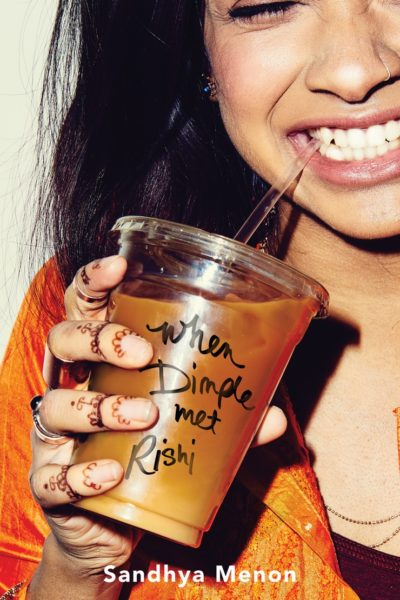 A laugh-out-loud, heartfelt YA romantic comedy, told in alternating perspectives, about two Indian-American teens whose parents have arranged for them to be married.

Dimple Shah has it all figured out. With graduation behind her, she’s more than ready for a break from her family, from Mamma’s inexplicable obsession with her finding the “Ideal Indian Husband.” Ugh. Dimple knows they must respect her principles on some level, though. If they truly believed she needed a husband right now, they wouldn’t have paid for her to attend a summer program for aspiring web developers…right?

Rishi Patel is a hopeless romantic. So when his parents tell him that his future wife will be attending the same summer program as him—wherein he’ll have to woo her—he’s totally on board. Because as silly as it sounds to most people in his life, Rishi wants to be arranged, believes in the power of tradition, stability, and being a part of something much bigger than himself.

The Shahs and Patels didn’t mean to start turning the wheels on this “suggested arrangement” so early in their children’s lives, but when they noticed them both gravitate toward the same summer program, they figured, Why not?

Dimple and Rishi may think they have each other figured out. But when opposites clash, love works hard to prove itself in the most unexpected ways.

I have been reading tons of dark, heavy, sad fiction lately. I’ve felt out of sorts since last year and took considerable effort for me to pick When Dimple Met Rishi up and give it a chance (gods Ana, what do you have against happiness, I asked myself). I guess this is another thing I blame Brexit and Donald Trump for: I have become a freaking grump who avoids happy stories.

Told in alternating perspectives, When Dimple Met Rishi follows two Indian-American teens as they fall in love with each other and this review follows me as I fall in love with them and the book all over again. I can’t entirely express how cute, engaging, funny and heart-warming this novel truly is.

Dimple Shah has just graduated high school and is about to go to Uni to become a web developer and has no time for romance, tradition or her mother’s dedication to get Dimple married. As the book starts, she has convinced (perhaps, far too easily) her parents to let her attend a summer program for aspiring web developers. She is a little but grumpy (like me!).

On the other side, Rishi Patel is super romantic, ready to fall in step with what his parents expect of him – to go to Uni to study business and to marry early – and loves and appreciates tradition and order. He is not scared of going to this summer program thing to meet the girl his parents want him to marry.

Note: Dimple has not idea this is happening in the background so when this complete stranger walks up to her and introduces himself as her future husband the only thing to do is to dump iced coffee on him before asking any further questions. As you do.

What happens next is a bit comedy of errors to start with, then a slow progression from strangers to friends to lovers for Dimple and Rishi. And it’s utterly charming and precious and it touches upon so many different aspects: this is not only a love story but also a friendship story, a story about families, about brothers and best friends.

And it would be easy to say this is an “opposites attract” sort of story, except for the fact that not really: both Dimple and Rishi are incredibly passionate individuals who are willing to make great sacrifices – and as young people they are so earnest that they believe that life is black and white, one or the other. But falling in love with each other and listening (and learning) means that they get to see other sides. It’s so much about communion and growing and finding oneself – and learning to communicate better with other people in order to not compromise what they most want in life.

At one point, Dimple muses why does she have to live in a world that couldn’t let her be both a woman in love and a woman with a career. Rishi finds himself in a similar conundrum: why can’t he respect tradition and his parents without losing sight of what makes him tick. They are as vulnerable and solemn as they experience the thrills of falling in love for the first time. They are also so, so adorable and charming.

It’s so interesting that I almost included “serious” in that first line up there, when I was talking about the type of fiction I have been reading lately. As though love, commitment, finding oneself, family, humour and companionship are not serious or important things. They are in fact vital and that is exactly why you should read When Dimple Met Rishi.