SFF in Conversation with Mishell Baker: Fun With Fey 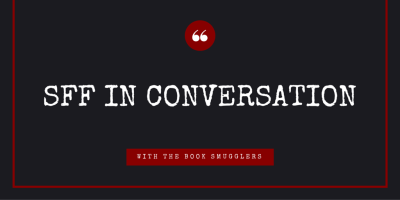 Today, it’s is our pleasure to host Mishell Baker as the author talks about writing her excellent new novel, Borderline, which Ana recently reviewed here. 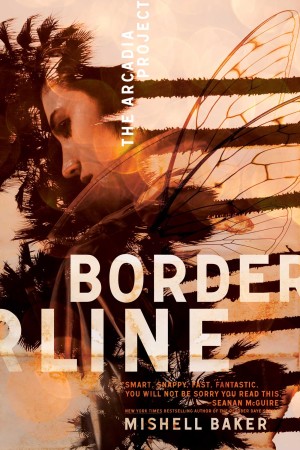 My new urban fantasy Borderline has a three-word pitch: “Fairies in Hollywood.” That reduction is accurate enough, so I usually just let it slide, even though readers are becoming more and more aware that appropriation and “universalization” of British Isles fairy lore is actually insulting to a wide swath of people.

This problem is the exact reason why the fairies in my book are not, in fact, fairies. When speaking authoritatively about the beings in my book I always use the word fey, which simply means strange or otherworldly. It’s never made clear exactly what these beings really are. All we know is that they’re alien, magical, and beautiful. Millie, the newbie at the Arcadia Project, is the only one who throws the word “fairy” around, and she does so largely for the same reasons people do when pitching my book. We hear a few key catchphrases, and we leap to useful conclusions.

I don’t quibble about the terminology with booksellers and publicists, because if anyone is offended by my use of fairies in Los Angeles, I deserve at least a small portion of that wrath. When I first conceived of the book, I did populate it with fairies. I lived a very isolated life at the time I wrote the initial draft, and it wasn’t until I attended one of Mary Robinette Kowal’s workshops – after I had already sold the book – that I became educated enough to realize that fairies were not “public domain” in the way that I’d always assumed, and that there are very specific cultural traditions about them. Furthermore, there was the problem of imposing a European tradition globally, given that the Arcadia Project is a worldwide organization.

At first I was paralyzed by this revelation. In my mind I had two impossible choices: I could let the book come out, now knowing that it and I were contributing to the erasure of culture, or I could try to prevent the book from being released, which would bring an ugly end to my career.

As is usually the case when we’re faced with “only two” options, there was actually a third. The book could be shifted slightly, and the key to that change was right in front of me: Anglocentrism. Instead of trying to remove it from my world, I made it a deliberate, self-aware part of the worldbuilding. In the rewrite, the Arcadia Project became literally Anglocentered, its international headquarters located in London. What I’d called fae in the first draft became “fey” instead, and the terms used by Project members — “Seelie” and “Unseelie” and the like — became terms coined by the Project rather than by the fey themselves. The leadership in the British Isles expected to see fairies, and so in their eyes, that is what these arcane aliens became.

Later books in the series explore even more deeply how the fey were influenced by their “first contact” with humanity, and how powerfully certain Anglocentric human expectations have shaped not only the workings of the Arcadia Project, but the fey themselves. My books are much richer and more interesting for this late-in-process revelation, and I couldn’t be happier that I was originally painted into this corner by my own ignorance. If the book hadn’t been sold already when I attended that workshop, I’d have put it in a drawer and never looked at it again. If I’d just decided not to care who I hurt, I’d have gone forward with my far more simplistic worldbuilding, and robbed myself of some of the fascinating repercussions of the fey’s more complex nature, which I get to explore further in later books.

But here is the most important part, to me: learning about social justice and its inherent responsibilities did not “spoil my fun.” Yes, it upset me at first, and yes, it meant I had to do a lot of repair work to my story. But it’s a better story than it was, and it hasn’t lost a single ounce of the magic, zest, and wonder it had when it was simplistically about fairies.

There is a loud, pervasive myth at work in the SF/F community. It tells us that as writers we must choose between writing things that are “just plain fun” and paying attention to social responsibility. But that is a fantasy, and not the fun kind. The truth is that there are countless ways to be silly, magical, exciting, and whimsical, to spin a “ripping good yarn.” It is not a requirement that in order to delight and enchant, we must unlearn all we’ve come to realize about oppressive social structures. Sometimes the fix to a “problematic” story is simple, and sometimes it’s complicated, but it almost never “spoils the fun”… not unless your fun is contingent upon the experience of disrespecting or hurting someone else. And if that’s the case, well, I’m not sure what to tell you.

I grew up in a bubble of privilege, so my bottom dollar says that this won’t be the last time I come up with a “really cool idea” that butts heads with wider human decency on some level, large or small. But what I’ve learned from facing down this first dilemma is that if we’re never uncomfortable, we’re likely not growing. Growth hurts. The only way to avoid mistakes is to confine yourself to such a small corner of the kiddie pool that you may as well not even be in the water. And where’s the fun in that?

Her urban fantasy series The Arcadia Project is being released by Simon & Schuster’s Saga imprint beginning with Borderline in March 2016. The series is narrated by Millicent Roper, a snarky double-amputee and suicide survivor who works with a ragtag collection of society’s least-wanted, keeping the world safe from the chaotic whims of supernatural beasties.

SFF IN CONVERSATION: A Diverse Mythical Creatures Round Table – Part 1

SFF in Conversation: Beyond Violence