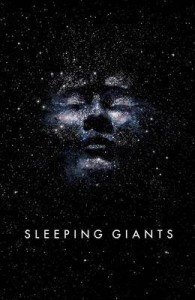 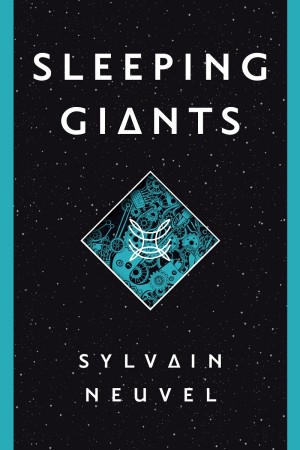 A girl named Rose is riding her new bike near her home in Deadwood, South Dakota, when she falls through the earth. She wakes up at the bottom of a square hole, its walls glowing with intricate carvings. But the firemen who come to save her peer down upon something even stranger: a little girl in the palm of a giant metal hand.

But some can never stop searching for answers.

Rose Franklin is now a highly trained physicist leading a top secret team to crack the hand’s code. And along with her colleagues, she is being interviewed by a nameless interrogator whose power and purview are as enigmatic as the provenance of the relic. What’s clear is that Rose and her compatriots are on the edge of unraveling history’s most perplexing discovery—and figuring out what it portends for humanity. But once the pieces of the puzzle are in place, will the result prove to be an instrument of lasting peace or a weapon of mass destruction?

It starts with an accident: an eleven-year old girl named Rose is riding her bike in the woods when she falls through a pit and lands in the palm of a giant metal hand. This moment will change not only her life but also our world, forever.

Through a series of collated interviews (given to an anonymous interviewer), journal entries and newspapers clips we come to learn that years later and now a physicist, Rose is co-opted to lead a top-secret scientific research team that is set to investigate the found artefact. Whereas no one really knows where it comes from, the team is very much certain that the hand is not from this world. More than that: they also know that the hand is only the tip of the iceberg and there are other body parts scattered around the globe. The investigative team include not only Rose (who devised the technique to find the pieces wherever they may be) but also a competent duo of US army pilots Kara and Ryan; and Vincent, a linguist who is tasked to decode the language inscribed on the pieces.

The pieces are scattered all over the world which turns out to be a problem when other countries realise what is happening but still, this is the least of their concerns. Putting those pieces together and making them work is where they stagger. At least until Kara proves to be able to handle the pieces in a way no one else can.

Written as an epistolary narrative that collects a series of interviews, documents and voices, Sleeping Giants tells the story of this incredible, reality-shattering find and of the people who work on it.

Sleeping Giants is the Science Fiction novel du jour – there is an abundance of starred reviews out there, a lot of online buzz, prominent con placement and a movie deal in the works. My own review copy tells me this is “the next chapter in this story” of novels that explore the world beyond our own and which are defined by “high concept, original storytelling”.

“Prepare to be enthralled” they say. And prepared I was, because on paper, Sleeping Giants is like catnip to me: giant alien robots, epistolary narrative and a strong presence of women centring the narrative.

The novel’s biggest appeal is indeed this mix and many times while reading, it occurred to me that the book is a hybrid of the novel The Three-Body Problem by Cixin Liu and the movie Pacific Rim in epistolary format – in fact, those two works are much closer to the novel than the examples more commonly used to describe it such as The Martian and World War Z. igression aside, Sleeping Giants does have promise in spades: it features politics, evil machinations and thrilling discoveries. The epistolary narrative itself is one of my favourite narrative modes because it adds an element of certainty and unreliability to a story that is all the more amplified here because we never find out who the mysterious interviewer is. Nor do we know why the documents have been collated and whom by. The fact they appear with gaps i.e. file number 143 is followed by file 161, only raises more questions.

With all that said, why oh why is this book so dull? This is at the end of the day, Sleeping Giants’ biggest shortcoming: that it is a boring, unremarkable novel. In spite of its claims, there is nothing really new or original here. The problem is not familiarity (familiar stories told well are bread and butter in fiction) but the fact that every move is telegraphed and all voices sound exactly the same. And even though there is a promising presence of women in central roles, the fact remains that one of them disappears from the story half way through it (to come back in the end as a cliff-hanger); and the other one, Kara, is the central figure in a love triangle that becomes the focus of quite a few of the documents –but much more from the point of the view of the two guys involved and less so from her own viewpoint. By herself, Kara is a fantastic character. Shame that her story is often reduced to that of a triangle side, and a triangle side that has less agency than the other sides. Not only that but the triangle results in an extremely contrived plotline that proved necessary to make the giant work. Has the mysterious interviewer manipulated all three characters leading to this? Yes. The disappointment comes from realising that this end result is an authorial choice and only possible when sexualising the main female character.

Finally, epistolary narratives are hard to get right. There’s got to be a balance between telling and showing, between disclosing and hiding, reliability and unreliability. At the end of the day, Sleeping Giants doesn’t quite reach that balance and everything is regurgitated in a way that leaves a lot to be desired.

Ah, Giant Alien Robots, I wish I had loved you.