Vassa in the Night by Sarah Porter: Cover Reveal & Giveaway

Today we are thrilled to host the brand new cover reveal for Sarah Porter’s upcoming new novel, Vassa in the Night.

Inspired by the Russian folktale Vassilissa the Beautiful, Vassa in the Night will be published by Tor Teen in September 2016. Without further ado, behold! The beautiful cover! 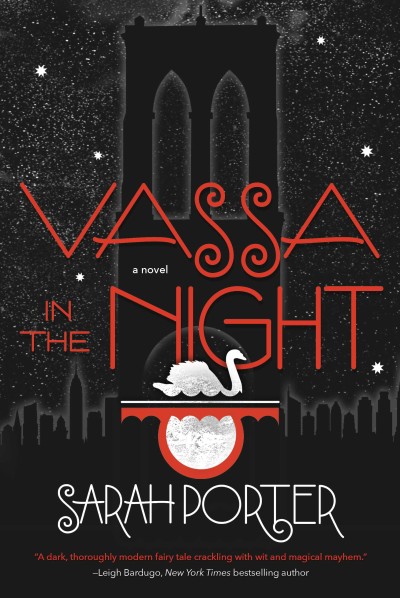 In the enchanted kingdom of Brooklyn, the fashionable people put on cute shoes, go to parties in warehouses, drink on rooftops at sunset, and tell themselves they’ve arrived. A whole lot of Brooklyn is like that now—but not Vassa’s working-class neighborhood.

In Vassa’s neighborhood, where she lives with her stepmother and bickering stepsisters, one might stumble onto magic, but stumbling out again could become an issue. Babs Yaga, the owner of the local convenience store, has a policy of beheading shoplifters—and sometimes innocent shoppers as well. So when Vassa’s stepsister sends her out for light bulbs in the middle of night, she knows it could easily become a suicide mission.

But Vassa has a bit of luck hidden in her pocket, a gift from her dead mother. Erg is a tough-talking wooden doll with sticky fingers, a bottomless stomach, and a ferocious cunning. With Erg’s help, Vassa just might be able to break the witch’s curse and free her Brooklyn neighborhood. But Babs won’t be playing fair. . . .

Inspired by the Russian folktale Vassilissa the Beautiful and Sarah Porter’s years of experience teaching creative writing to New York City students, Vassa in the Night weaves a dark yet hopeful tale about a young girl’s search for home, love, and belonging.

“An enchantingly twisted modern fairy tale, perfect for those who prefer Grimm to Disney. Inventive, darkly magical, and beautifully written, it will stay with me for a long time.” —Kendare Blake, author of Anna Dressed in Blood and The Goddess War trilogy 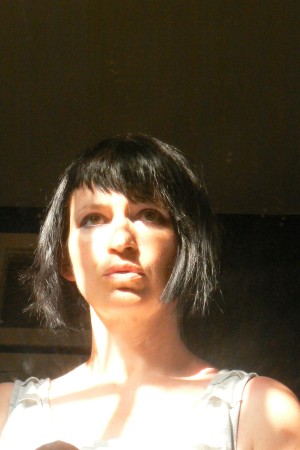 Sarah Porter is a writer, artist, and freelance teacher who lives in Brooklyn with her husband and two cats. She has an M.F.A. in Creative Writing from City College.
Author Website: http://www.sarahporterbooks.com/
Author Facebook Page: https://www.facebook.com/SarahPorterAuthor/
Author Goodreads Page: https://www.goodreads.com/author/show/4579328.Sarah_Porter

Courtesy of the publisher, we have an ARC up for grabs! (NOTE–ARCs aren’t quite ready yet but they will be sent out as soon as they arrive in February.) The giveaway is open to all! To enter, please use the form below. Good luck!