This Thanksgiving weekend, we gear up for Star Wars: The Force Awakens.

Today, guest author Susan Jane Bigelow talks about a life around Star Wars in this heartwarming post full of feels. 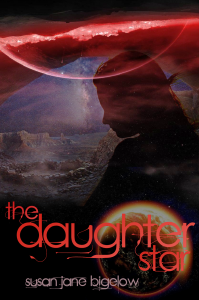 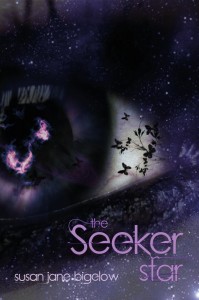 When I was seven, I wanted to be a pilot like Luke.

My father took me to the New England Air Museum out by the airport. There were all kinds of amazing aircraft there, but what really grabbed me was the Star Wars arcade game in the gift shop. 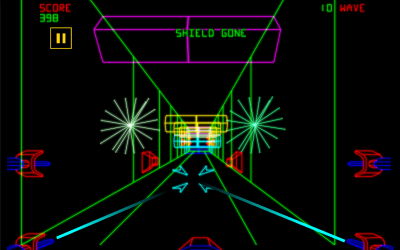 I flew Luke’s ship until I blew up the Death Star, then again and again until I ran out of quarters.

I was in the basement of our minister’s house just around the corner, I had to be fourteen or so. I got a job babysitting their son, and it was decent because he was such an easy kid. He ate his dinner, he played a ghost-zapping game on their TRS-80 computer, and then he went to bed. Easy, like I said.

So I was alone in the house, and I don’t really have friends I can call or anything else to do, so I headed downstairs. Houses in that neighborhood all had these wood-paneled basements with shag carpets and bookshelves, that’s where the TV was. I looked through their collection of VHS tapes, and there it was—“Return of the Jedi.” I put it in, and felt a little less like I was in someone else’s house as the title sequence began. 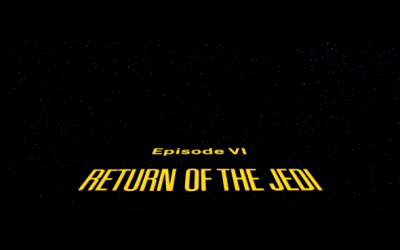 Some parts were cut out. I had no idea why, and guessed it was some weird Christian thing. But now that I think about it, they probably just taped it off the TV and the station had to cut out parts to make it fit the time slot.

Rain fell outside in sheets. The kid slept soundly upstairs. Luke entered Jabba’s palace, Han would be rescued. I knew every line, every sequence, and the movie stretched in front of me like a hymn I sang every week and never got tired of.

Maybe I’m ten, maybe I’m twelve, and I’m in the basement of our house, covered in cats. Luke barreled down the canyon on the Death Star, and I idly scratched Sasha’s neck as Biggs died, Porkins died, Wedge survived. I loved Wedge. He made it through everything, and never asked to be recognized. He was the one I wanted to be.

There was a computer in that basement, an Apple IIgs my father had bought when they were new, and I wrote long novels about space fighter pilots on it. I drew designs for their ships, came up with ludicrous backstories for their enemies, and lost myself in the easy fantasy of the future. I spent hours and hours down there typing, drawing, watching, petting Sasha, listening to Itty purr on my lap, yanking the phone cord away from New Kitty.

The cats, my firm and best friends, were always there—right up until they began to vanish, one by one.

I bought a new hardcover of Heir to the Empire by Timothy Zahn, and read it cover to cover. It was Star Wars, it was something new, and I loved it. Mara Jade, Talon Karrde, Master C’Baoth, they felt as real as anything I’d seen on the screen. 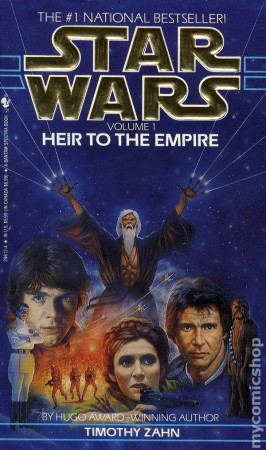 I lent them to a friend, but he never gave me back the second one. We didn’t stay friends after that.

But Mara Jade stayed with me. She’s with me now.

Another friend and I played a Star Wars fighting game in his dorm room—he was the one with the Playstation and the TV. I chose Leia, and when we unlocked her, I played as Mara Jade.

I’m sure there’s some meaning in the fact that I always played the female characters, but maybe there wasn’t. Maybe I just liked them. Maybe not everything has to come back to gender issues.

In any case, he usually beat me. That was fine. The days were long, we were away from home and parents, and life could be one lightsaber duel after another, again and again.

“Phantom Menace Opening Day?” my sister emailed, and of course I was there. It was 1999, and I drove up from college to somewhere near Boston. She was there with her boyfriend, and we waited in line with everyone in their costumes, jumpy and nervous with anticipation.

When the Lucasfilm logo came on the screen, everyone in the theater cheered. It was back. It was Star Wars. We were here right at the start, like we could never have been back in 1977. 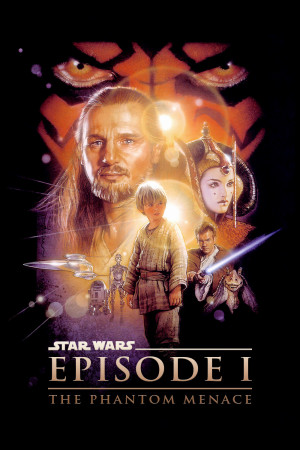 “How was it?” we were asked by the people in line as we came out. It was incredible, we replied, still high on that feeling. It was great! You’ll love it!

Maybe, I thought as I pulled out of the parking lot, watching guys duel with plastic lightsabers, it would have been a little better without that Jar-Jar guy. But whatever. It was Star Wars.

I put Avery Goldstein, my Luke Skywalker clone, into a book once. He was just a baby, the son of a character in an Extrahumans book. When I typed his name, though, I felt a little spark of electricity run down that thin wire connecting me to that long-ago basement full of Star Wars tapes and cats.

The prequels had been a letdown. I’d played some Star Wars games in the meantime, I’d shown the first movie to a classroom full of bored kids studying hero myths, I’d read webcomics and joined in endless Star Wars debates online. When I heard Disney bought the rights I thought, well, there it all goes.

But then I saw the trailers, and felt that same shivering echo of the past. I knew I’d go back.

May, 1977. I’m nothing more than a clump of cells in my mother’s womb. Star Wars came out.

Did they go see it? I don’t know. But I was born into a world with Star Wars already in it, and it’s been there with me ever since. It’s been entertainment, it’s been a shared experience, it’s been an inspiration, and it’s been more.

How do you sum up something that’s been like the air you’ve breathed, the water you drank, the ground you walk upon?

Maybe it’s just gauzy nostalgia. Maybe it’s just that need to feel young, and to love the things I loved then. Maybe I just want to mine my own childhood for meaning.

But when I go to that theater, I’ll carry with me my parents, my friends, the cats, Avery Goldstein, and myself at seven, ten, fourteen, twenty-two and beyond. We’ll hear the music and watch the story scroll past, and softly, together, we’ll sing the song of our life. 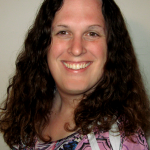 Susan Jane Bigelow is a writer, librarian, and political columnist from Connecticut. She is the author of five science fiction novels, including the Extrahumans and Grayline Sisters series. Her short fiction can be found in the magazines Strange Horizons, The Toast, and Apex Magazine, and in the anthologies War Stories and the Lambda Awards-winning The Collection: Short Fiction From the Transgender Vanguard. Her weekly column on Connecticut politics can be found at CTNewsJunkie.com. She lives in northern Connecticut with her wife and a herd of very fuzzy cats, where she spends her days writing and playing video games.

Lost Finale Recap- AKA WTF was that?!