Ana’s adventures in reading comics continue with a spotlight on three 2015 trades – one to enjoy, one to keep, one to treasure. 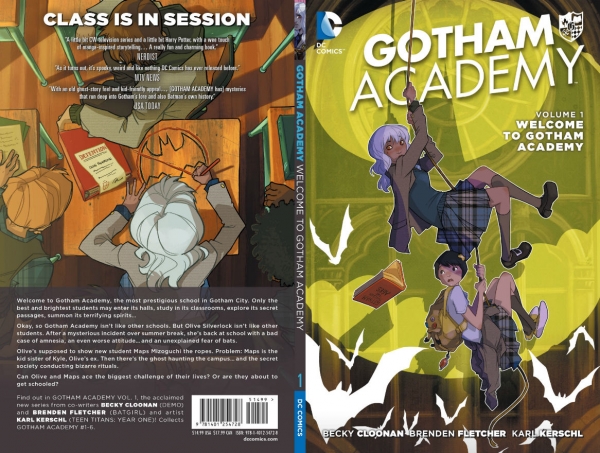 Gotham Academy Vol 1 collects issues #1-6 of this DC Comics’ new(ish), ongoing series by writers Becky Cloonan and Brenden Fletcher and artist Karl Kerschl. Taking place in Gotham City’s prestigious Gotham Academy, the story starts with a new term after the summer and it follows Olive Silverlock and her baffling behaviour: why can’t she remember the events that took place last summer? Why is she so distant from her boyfriend Kyle? And what at the mysterious noises and rumours going around the school? And what’s up with this freshman Maps? Why is she so eager?

I find myself not having a lot to say about this one. It was… fun? Suitably… mysterious? The friendship between Olive and Maps is by far the best thing about it – cute, hilarious and with an earnestness that is quite refreshing. This was enjoyable! I might continue reading it in trade. 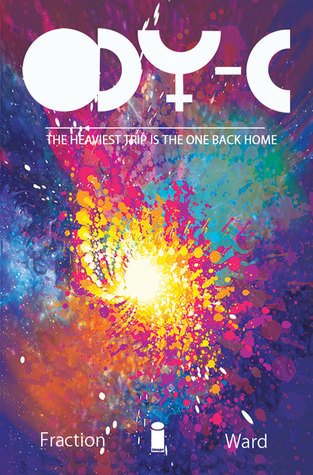 I had not heard anything at all about Matt Fraction and Christian Ward’s ongoing new series ODY-C until I came across it when visiting a book store a few months ago. ODY-C is a retelling of Homer’s Odyssey. Where all characters – including the Greek Gods – are either women or gender fluid. With psychedelic artwork. IN SPACE.

It starts with the end of a century long galactic war (the equivalent to the Trojan War) and Odyssia and her compatriots start their long journey back to Ithicaa. Hindered by petty Gods, burdened with her own inner devils, Odyssia is the lead of a band of merry – and bloody – band of lady warriors. And she has a huge, HUGE secret to keep.

Collecting issues #1-5, ODY-C Vol. 1 is really interesting. This is probably a good way to describe it more than anything else. The gender-swapping is not just a premise – it is part of the actual story since in it Zeus (a female Zeus) made it impossible for people to give birth to men. I am not really sure where the story is going with this and it could go terribly, terribly wrong but I am curious. Like I said, this is doing interesting stuff with gender. Plus, queer ladies and women of colour in abundance.

Surreal and mind-bending are probably good monikers for the series but don’t exactly summarise because it is impossible to do so – the scope is far too grand to pin it down. The art is great – bright, shinny and surreal although at times it can be confusing as hell because there is a lot of information on each panel.
I will definitely keep following this one in trade. 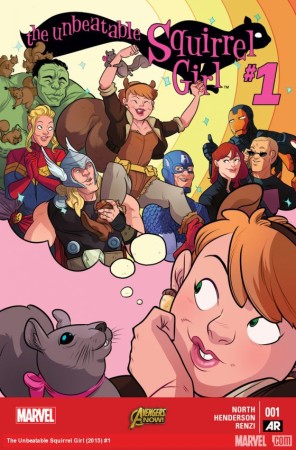 Let me get something off my chest.

OH MY GAWD, THIS IS THE MOST HILARIOUS THING EVER. Ahem.

The Unbeatable Squirrel Girl, Vol. 1: Squirrel Power by Ryan North and artist Erica Henderson collects issues #1-5 (and an extra issue of the character’s origin story) of what I can only describe as a delightfully hilarious romp. Squirrel Girl has the powers of squirrel (yes, it’s a thing) ie super strength, agility and the power to communicate with the little furry friends (much more useful than you’d think, as it just so happens).

Squirrel Girl has just started uni and is dealing with the usual angst of starting a new life with a secret identity when she learns that the all mighty Galactus is about to eat the Earth. FEAR NOT EARTHLINGS. With the help of her amazing sidekick – squirrel extraordinary and fashion expert – Tippy-Toe, Squirrel Girl is on the job. And she is UNBEATABLE.

Embracing the ridiculousness of a super-squirrel girl and the sincerity of an optimistic young hero, The Unbeatable Squirrel Girl is quite possibly one of the pleasurable reading experiences of my life. The pages have these HILARIOUS footnotes that should not be missed because meta commentary. AND trading cards with amazing insightful (and also entertaining) advice from Deadpool.

What about you, what comics have you been reading lately that you think I should give a go?