In which we reveal the cover and open up preorders for The Price You Pay Is Red by Carlie St. George

We are delighted to share with you the cover of The Price You Pay Is Red by Carlie St. George, the second novelette in our first-ever series, The Spindle City Mysteries. 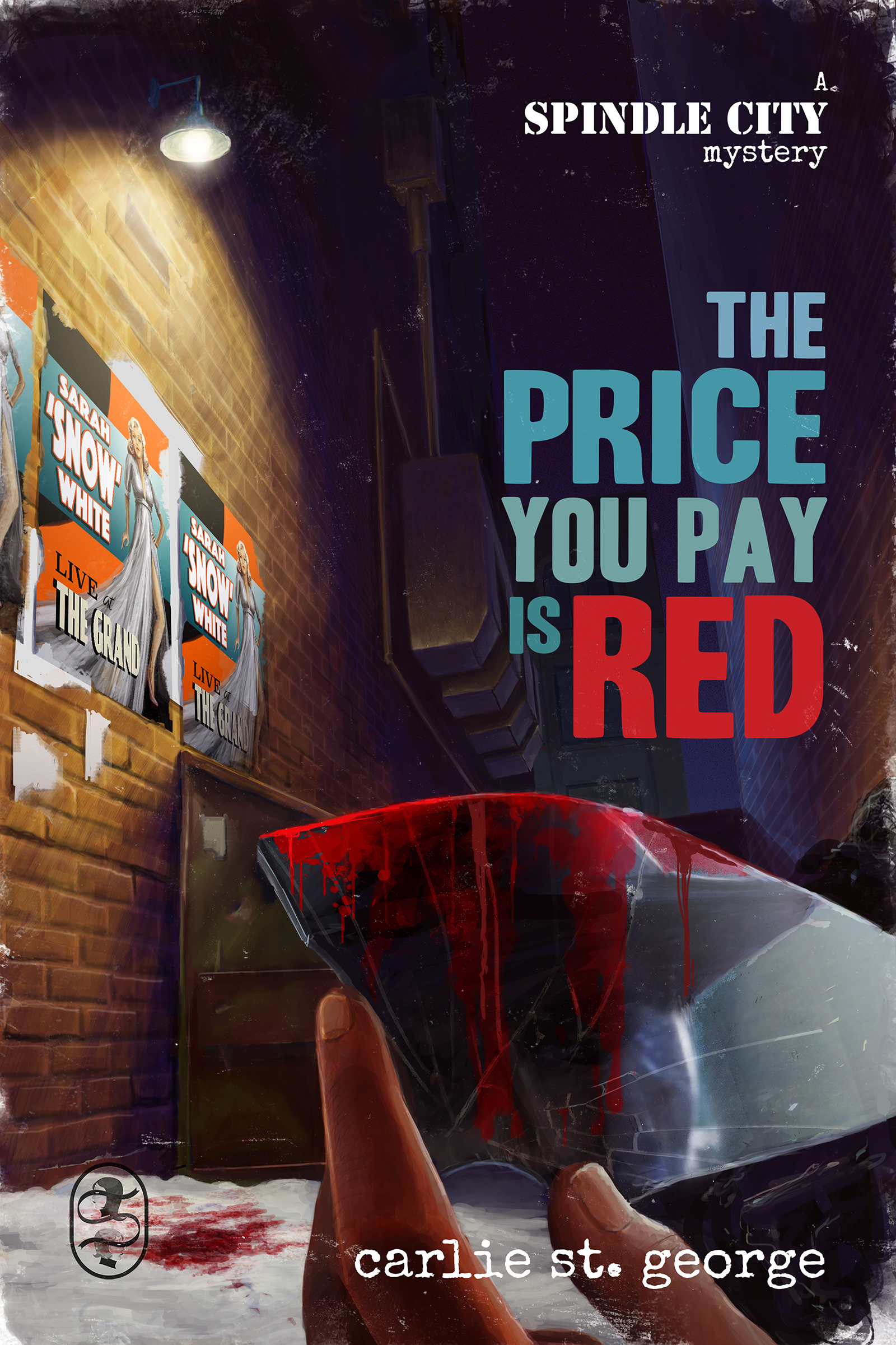 “All women are dangerous,” Rose said. “Anyone underestimated is.”

When Jimmy Prince–excessively stubborn gumshoe and maker of terrible life choices–stumbles on the corpse of Spindle City’s darling actress and heiress Sarah “Snow” White, he and street-savvy sidekick Jack are once again on a case that threatens to expose ugly truths from Spindle’s dark underbelly. Turns out Snow’s death is no ordinary open-and-shut case involving something as mundane as a jealous coworker or spurned lover. Her murder points to a much deeper, insidious plot that involves some of Spindle’s biggest criminals–as well as some of its greatest, most celebrated citizens.

At stake is a rumored vaccine that could save thousands of lives from the Pins & Needles plague–a disease for which there is no cure, and that has already affected Jimmy’s friends and family in irreparable ways. But as Jimmy Prince knows all too well, hope is for saps, and The Spindle is not a city for those who believe in happy endings. Even when they want to, above everything else.

The Price You Pay Is Red is the second book in the Spindle City Mysteries series. It is also officially the FIRST story we’ve ever actively commissioned as editors and publishers, based on our love for the characters in The Case of the Little Bloody Slipper (Spindle City Mystery #1 and a submission originally made during our open call for short stories under our “Subversive Fairy Tales” theme). When we asked Carlie to turn her single story into three stories, we weren’t sure where she would take the series and her characters–in The Price You Pay Is Red, she expands on the plague that has rocked Spindle City and its inhabitants, and the secrets that those in power would do anything to protect.

We love this second story so much because it raises the stakes for Jimmy Prince, Hank, and Jack–we love it even harder because it expands on the relationships that Jimmy has built (both good and bad), and taps into his greatest fears. It also introduces us to Rose Briar, Sarah White and her family, Mr. Nguyen, and did we mention Hank Delgado?

This second story is every bit as–if not even more so–tantalizing as the first, and set us up for the grand finale in The Long And Silent Ever After. We can’t wait for you to read it. 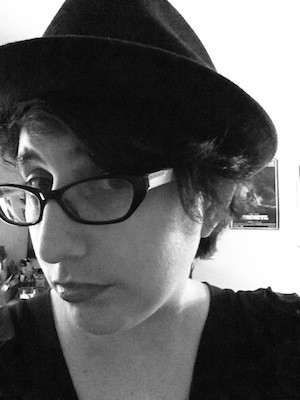 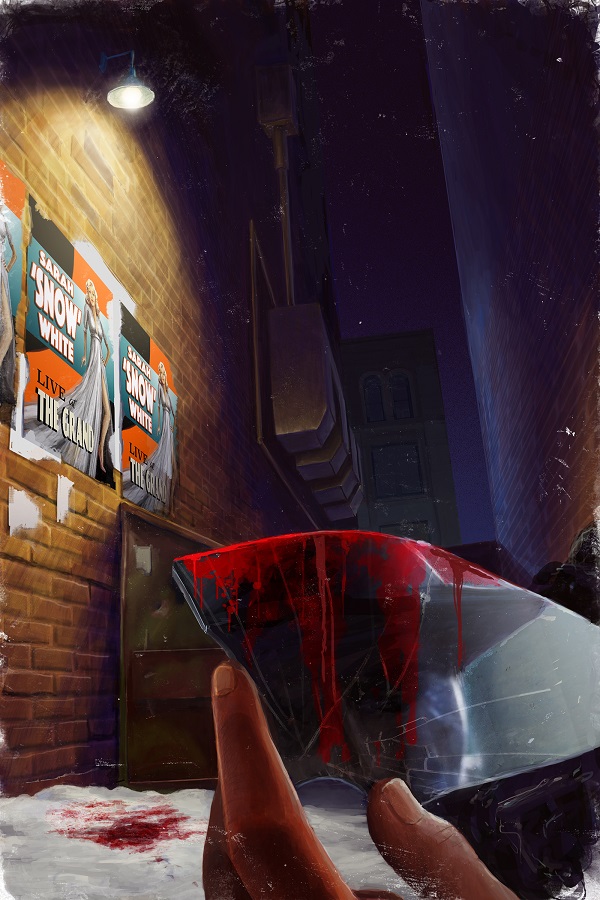 The Price You Pay Is Red will be published officially on November 24, 2015. You’ll be able to read the story in full for free here on The Book Smugglers, but we’ll also have a DRM-free ebook (EPUB & MOBI) that contains the story, a Q&A and an essay from the author, as well as fun extra materials about the series available for purchase on all major ebook retail sites. OH YEAH, and the ebook also contains a brand new exclusive short story, told from Jack’s perspective, called “The Girl Friday Blues.” 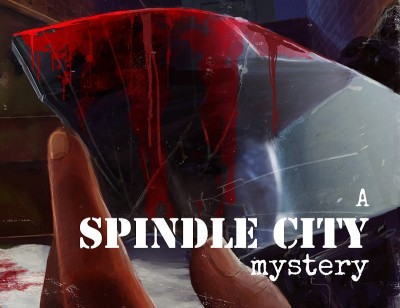 In addition to offering the Spindle City Mysteries through our regular channels, we are also serving up these stories via subscription: Spindle City Serials is a brand new way to get your fix of Jimmy and Jack every week as they take on the nefarious characters who work Spindle’s dark underbelly. With a subscription ($4.99 total), you receive serialized episode-sized chunks of the books 2 and 3 in the Spindle City series delivered to your inbox every Monday morning. AND, at the end of each story arc (2 arcs of 3 episodes each), you’ll receive a DRM-free ebook of the full story as part of your subscription (including a copy of Bloody Slipper, on us).

Episode 2 of The Price You Pay is Red goes out tomorrow – you can sign up at any time (and you’ll receive links to previous episodes you may have missed!).

Add the book on Goodreads, and read The Price You Pay Is Red for free online on November 24, 2015.

THE PRICE YOU PAY IS RED: Carlie St. George on Inspirations & Influences