Today we are thrilled to host the brand new cover reveal for Claire Legrand’s newest book, Some Kind of Happiness.

We have been huge fans of Claire Legrand’s work ever since we first laid eyes on The Cavendish Home for Boys and Girls, so we were delighted when we were given the chance to reveal this brand new middle grade novel. Without further ado, behold! The beautiful cover! 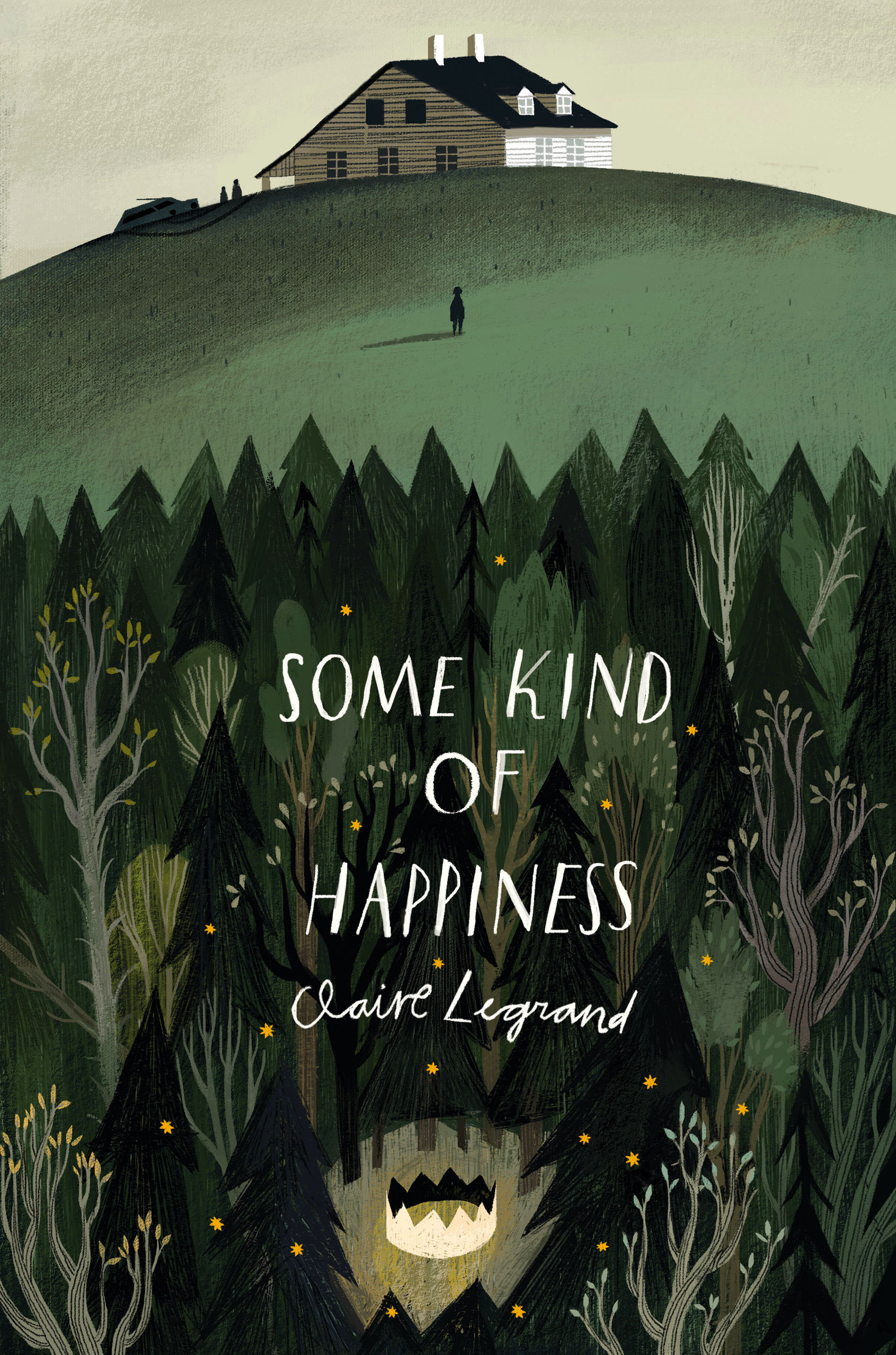 A Word from the Author

First of all, thanks to Thea and Ana for hosting this cover reveal! Although all the books I’ve written carry pieces of me inside them, Some Kind of Happiness is the most personal and the closest to my heart.

Like Finley, I too suffer from anxiety and depression. And, like Finley, when I first started experiencing panic attacks and bouts of depression, I didn’t know what they were. I wrote stories and made up imaginary kingdoms and spent my childhood with my cousins, exploring the tree-filled land behind my grandparents’ house. During those long summer days, we were inseparable, and we made those woods a world of our own.

As I wrote about Finley and her own tightly-knit crew, I wanted to recreate that sense of mystery and magic that only comes when you’ve spent the day having adventures with the people you love most in the world. I wanted to write a love letter to my big, messy, wild, huge-hearted family. I wanted to write a book for the kids out there who can read Finley’s story and realize they’re not alone in feeling sad “for no reason.”

Thanks to the fantastic Simon & Schuster art director Krista Vossen and the wildly talented illustrator Júlia Sardà, the gorgeous cover for Some Kind of Happiness perfectly captures the feel of this pivotal summer in Finley’s life—whimsical with a touch of darkness, beautiful and a little bit unsettling, and ultimately full of hope. This is a story about family and forgiveness, secrets and lies, and finding the courage to ask for help even after a lifetime of convincing yourself you can face your inner darkness on your own.

I hope you love this cover as much as I do! I can’t wait for you to meet Finley and discover the magic of the Everwood for yourself.

Finley’s only retreat is the Everwood, a forest kingdom that exists in the pages of her notebook. Until she discovers the endless woods behind her grandparents’ house and realizes the Everwood is real–and holds more mysteries than she’d ever imagined, including a family of pirates that she isn’t allowed to talk to, trees covered in ash, and a strange old wizard living in a house made of bones.

With the help of her cousins, Finley sets out on a mission to save the dying Everwood and uncover its secrets. But as the mysteries pile up and the frightening sadness inside her grows, Finley realizes that if she wants to save the Everwood, she’ll first have to save herself.

Reality and fantasy collide in this powerful, heartfelt novel about family, depression, and the power of imagination, for fans of Counting by 7s and Bridge to Terabithia. 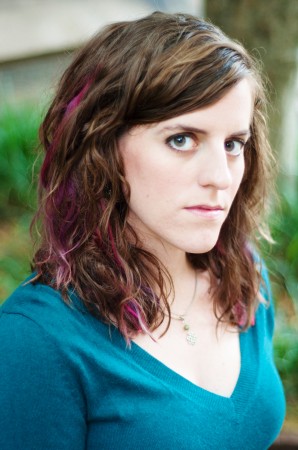 Claire Legrand is the author of books for children and teens, including The Cavendish Home for Boys and Girls, The Year of Shadows, the upcoming Winterspell, and its prequel, Summerfall. She is also one of the four authors of The Cabinet of Curiosities.

When not writing books, she can be found obsessing over DVD commentaries, going on long walks (or trying to go on long runs), and speaking with a poor English accent to random passersby. She thinks musicians and librarians are the loveliest of folks (having been each of those herself) and, while she loves living in central New Jersey, she dearly misses her big, brash, beautiful home state of Texas.

Courtesy of the author, we have an ARC up for grabs! (NOTE–ARCs aren’t quite ready yet but they will be sent out as soon as they arrive in mid-December.) The giveaway is open to all internationally! To enter, please use the form below. Good luck!