Decoding the Newbery is a monthly column in which Newbery Medal winners are examined and deconstructed by regular contributor and author Catherine Faris King. This month, Catherine examines 1948 Newbery Medalist The Twenty-One Balloons By William Pene du Bois.

William Pene du Bois’ The Twenty-One Balloons relates the peculiar tale of Professor William Waterman Sherman. All he wants is a leisurely circumnavigation of the globe, via hot-air balloon. He sets out from San Francisco – only to show up forty days later in the Atlantic, surrounded by the wreckage of twenty hot-air balloons. The world is shocked. America awaits his testimony with bated breath. How did he find himself in such a state?

Via a chance meeting with a hungry seagull, and a quaint sojourn on the island of Krakatoa, top-secret home to eccentric billionaire families and a giant volcano! Of course! 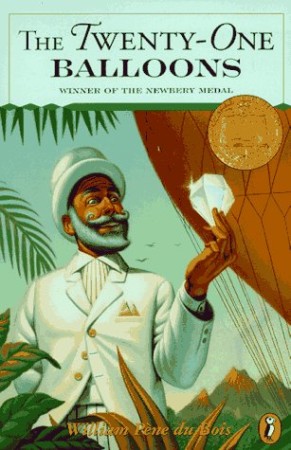 The Twenty-One Balloons is a light piece of speculative fiction, with a plot that mostly consists of Professor Sherman wandering around with the helpful Mr. F, who explains the history, government, and pastimes of Krakatoa at length. That’s pretty much it. But with this light framework, du Bois sets his imagination loose.

For Professor Sherman’s outing, du Bois fixes up a wicker house, as light as can be, meant to be carried by hot-air balloon (mini houses, eat your heart out). He uses electricity and steam to update houses beyond the dreams of industrialization, and relates his inventions with a sense of satisfying engineering, of all ends tucked away neatly and everything fitting together perfectly – much like the novel itself.

How does it break down?

Sometime between 1860 and 1890 (therefore a Period Piece), Professor Sherman decides it’s time for a vacation. He is at retirement age; decidedly not a Kid Hero. After forty years of teaching arithmetic, he has developed the completely sensible desire to get the hell away from all humans for as long as decency permits. So, he sets off, fully intending to spend a whole year in a hot-air balloon – and ballooning, throughout the book, makes up its Hands-On Activity. But a week into his journey, a seagull punctures his aircraft, forcing him to maroon on the deserted tropical island of Krakatoa, a real place situated between Java and Sumatra. These days, it’s best referred to in the past tense, thanks to a terrible volcanic eruption (spoiler alert…)

Wait, did I say deserted? Because Professor Sherman is about to meet its citizens…

The crop of San Franciscans on Krakatoa have designed themselves a proper little utopia. There are exactly eighty, forming a Small Town. There is no working class and no ruling class. Everyone on the island is a billionaire, thanks to owning a share in its extravagant and utterly secret diamond mines. Mr. F, the Professor’s practical and down-to-earth Mentor, makes a point of observing that no one can willingly leave that kind of wealth, for the same reason that no one could willingly let go of the One Ring. (He does not, obviously, use that metaphor).

Its citizens were selected as family units — moreover, family units specifically chosen for their “definite creative interests,” the better to use to build a society from the ground up, and wile away the time on a tropical island far from the world. (pg 83) Each family changes their name to a letter of the alphabet, and arranges their life to correspond with that letter. For instance, Mr. F, with his wife Mrs. F and their children F-1 and F-2, live in a house that resembles the Petit Trianon of Versailles, but inside, each room is dedicated to a different French era, and on each “F” day of the month, the F family cooks French food for everyone else on the island. It’s the Gourmet Government, and as a foodie I love this idea.

The spirit of Krakatoa is best embodied by their coat of arms: a “frying pan heated over volcano…” with the motto “Non Nova, sed Nove” – “Not new things, but new ways.”

The principal pastime on the island, now that all of the houses have been built, is figuring out ways to improve their homes through the powers of newfangled electricity, buoyant hot air balloons, and good ol’ fashioned steam power! This brings me to today’s second thesis: that The Twenty-One Balloons is in fact a steampunk romp masquerading as a 1940’s Newbery winner.

It’s set in the right time period, after all, and is enamored with the idea of steam powering a merrier, more creative world than the one we inhabit. It even carries the same colonialist baggage that plagues the unexamined steampunk setting: Professor Sherman, and, as far as we know, everyone on Krakatoa, is a deeply tanned white American, holidaying on a tropical island in Indonesia that they’ve claimed as their own. They declare themselves “civilized” while changing all their names to letters and numbers, playing pretend at being Chinese or Egyptian or what-have-you, and, when faced with the prospect of choosing a “B” culture for their smorgasbord, choose to eat British food for the rest of their lives. Truly, their place among the mad is secure.

Then again, when it’s “D” day — that’s the day to eat Dutch food — and you wonder, of all the letters du Bois could have chosen for the day of the greatest volcanic eruption in history, he went with D – and the invasion of Normandy was how recent? Du Bois, why? – Krakatoa’s citizens feast upon Javaansche rijsttaffl, or Javanese rice, “cooked and curried as the Dutch do it in the Dutch East Indies.” Colonialism in the kitchen. Even your rightful place in the alphabet is determined by who colonized you. Yes, Du Bois carries on more of Van Loon’s legacy than I think he realizes.

But colonialism is not what interests Du Bois — the diamonds are nice, but not essential; even hot-air ballooning, which gives the novel vim and verve, is ultimately window dressing. The secret to Krakatoa’s utopia is that it is a world at peace. Intentionally or not, it’s the delightful, funhouse mirror reflection of life on the “home front” of WWII. Every family is whole, and the fathers always return safely from their voyages abroad. Where children once feared death from the skies, now they are the inventors, creating the Balloon Merry-go-Round, where cooperation and teamwork gives them all the power of flight. Other nations are not specters of fear, but new homes to play in. And instead of rationing and worrying away every grain of sugar, there’s plenty of food for everyone, shared in delicious abundance, enough to savor and enough to waste.

All of this goes up in smoke – smoke, lava, ash, and a particularly flamboyant use of Convection, Schmonvection. But the tone at the end isn’t tragic. It’s more appreciative, that Professor Sherman got to witness this incredible little community, for however briefly it lasted. He came through a terrible ordeal, but lived to tell the tale, and now is rested from his adventure and quite ready to have another one. It’s an appropriately upright and jaunty note for du Bois to end his book.

The Twenty-One Balloons, using the framework of Professor Sherman and Krakatoa, celebrates ingenuity and invention, exploration, teamwork, and playtime – not to mention dinnertime. As the young readers of 1947 complete their adjustment to a world without war, The Twenty-One Balloons presents a fanciful offering of what peace can be. It’s a delightful Newbery winner, peculiarly of its time. It may not have aged as well as some books, but with its steampunk undercurrent, maybe the time has come for a film adaptation… perhaps even a three-parter…(Hollywood! Call me!)

The 50’s and early 60’s were an interesting time to be an American. Confidence in American technology and progress was at an all-time high, but there was always that mysterious enemy, progressing just as fast – and they could be anywhere. They could be anyone. Even in the American heartland, there is no one you can trust. 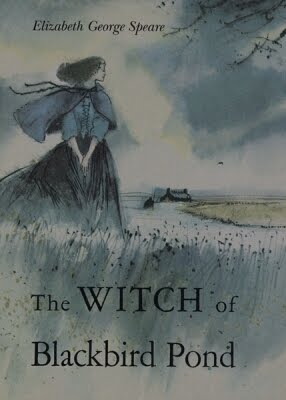 But which is ultimately more dangerous – the spies, aliens, or witches lurking just outside our borders, or the paranoia that seeds in between neighbors and friends? Works like The Crucible, A Wrinkle in Time, and some Twilight Zone episodes examine this question. Elizabeth George Speare’s The Witch of Blackbird Pond reads a bit like the younger sister to The Crucible, by Arthur Miller. Both books are set in the early days of American settlement, and both draw their conflict off of themes of suspicion and xenophobia, of disbelieved individual versus frightened populace, in order to reflect the America of their writing. Tune in for this historical read next month… when we burn the witch! (No, we won’t… we’ll discuss the witch instead. Deconstruct the witch!) 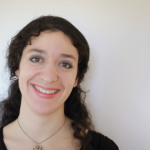