In which we unveil the trailer for the newest book from Sonia Gensler. 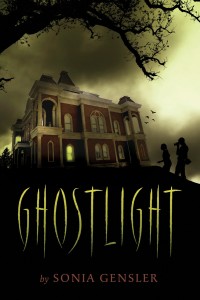 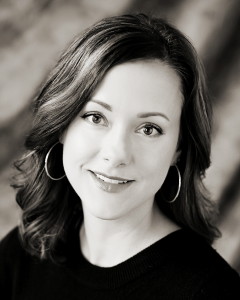 Please give a warm welcome to Sonia, and check out the trailer below!

For the Ghostlight trailer, I was excited to work again with the fabulous Matt Landis of Flatline Films, who created the trailer for my second book, The Dark Between. Since Ghostlight is a contemporary story about amateur filmmakers, I wanted video footage with a voiceover but lacked the proper equipment (and talent) to shoot it myself. Matt Landis, being a filmmaker and kidlit writer, knew exactly how to set about collecting video clips and voiceover samples. While he worked, I drafted the script. This was intimidating! I wrote the novel, of course, but it was a challenge to figure out how best to distill the conflict of the story into a few lines of teaser dialogue. In the end I wrote about secrets and dread from Avery’s perspective, with the idea that we would find footage from the perspective of someone wandering through a dilapidated house. Matt helped shorten the text to maximize impact and located a pretty impressive variety of video footage options. At that point it was trial and error as Matt spliced together the best of the clips. Then came the most unusual part of the process – choosing a voiceover artist. We wanted someone who sounded young, but not too childish. A voice with a wistful quality that suggested both anticipation and unease. I love the end result, and I hope you do, too! 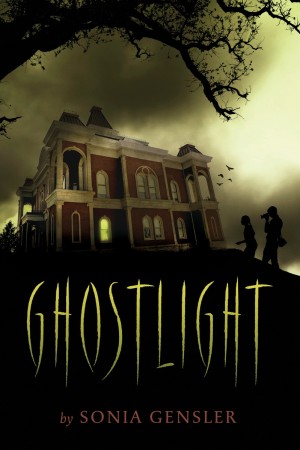 Things that go bump in the night are just the beginning when a summer film project becomes a real-life ghost story!

Avery is looking forward to another summer at Grandma’s farm, at least until her brother says he’s too old for “Kingdom,” the imaginary world they’d spent years creating. Lucky for her, there’s a new kid staying in the cottage down the road: a city boy with a famous dad, Julian’s more than a little full of himself, but he’s also a storyteller like Avery. So when he announces his plan to film a ghost story, Avery is eager to join in.

Unfortunately, Julian wants to film at Hilliard House, a looming, empty mansion that Grandma has absolutely forbidden her to enter. As terrified as Avery is of Grandma’s wrath, the allure of filmmaking is impossible to resist.

As the kids explore the secrets of Hilliard house, eerie things begin to happen, and the “imaginary” dangers in their movie threaten to become very real. Have Avery and Julian awakened a menacing presence? Can they turn back before they go too far?

Sonia Gensler is also the author of the young adult novels The Dark Between and The Revenant. She grew up in a small Tennessee town and spent her early adulthood collecting impractical degrees from various Midwestern universities. A former high school English teacher, she now writes full-time in Oklahoma. To learn more, visit soniagensler.com.

We will be reviewing Ghostlight very soon–so stay tuned.