Today we’re very excited to host a stop on the blog tour for the release of werewolf epic novel Red Moon. You might even say, we’re howling at the moon (too much?) to have author Benjamin Percy over to talk briefly about some of the inspiration for the book, and to host a giveaway.

Please give a warm welcome to Benjamin, folks!

Speculative fiction often holds up a cracked mirror to our world. We see in it a warped version of ourselves. In Godzilla, there is a spiny-backed monster laying waste to Tokyo, yes, and we love the spectacle of this, but the story is especially resonant because the monster channels post-atomic energies. This is the crack that runs jaggedly through Red Moon: the infected live among us. In prehistoric times, prions—equivalent to Mad Cow and chronic wasting disease—leapt out of the wolf population and mutated in its human host, effecting the brain, the ability to control rage and sexual impulses, a Jekyll/Hyde scenario. Throughout history, they have been feared and persecuted, shoved to the margins, and now a faction of terrorists are battling back against the xenophobia they face. I guess I’m writing my own Godzilla in this way, channeling the culture of fear that we live in—especially out paranoia about infection and terrorism. 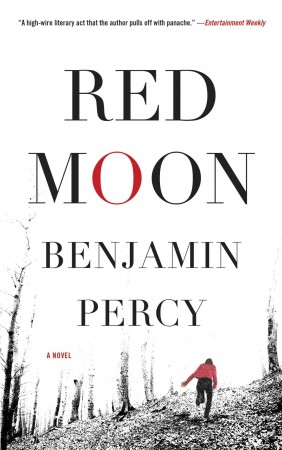 They live among us.

They are our neighbors, our mothers, our lovers.

When government agents kick down Claire Forrester’s front door and murder her parents, Claire realizes just how different she is.

Patrick Gamble was nothing special until the day he got on a plane and hours later stepped off it, the only passenger left alive, a hero.

Chase Williams has sworn to protect the people of the United States from the menace in their midst, but he is becoming the very thing he has promised to destroy.

So far, the threat has been controlled by laws and violence and drugs. But the night of the red moon is coming, when an unrecognizable world will emerge…and the battle for humanity will begin. 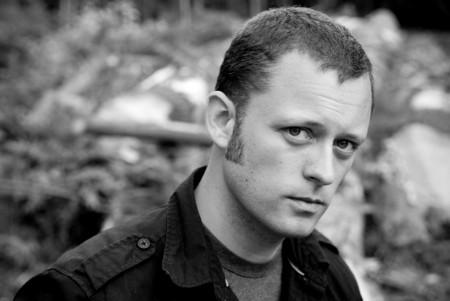 Benjamin Percy is the author of the novels Red Moon and The Wilding, and two short story collections, Refresh, Refresh and The Language of Elk. His fiction and nonfiction have appeared in Esquire, Orion, Outside, The Wall Street Journal, Tin House and elsewhere. His honors include the Pushcart Prize, a grant from the National Endowment for the Arts, the George Plimpton Prize for Fiction awarded by The Paris Review, and a Whiting Award. Raised in the high desert of central Oregon, he is the writer-in-residence at St. Olaf College in Northfield, Minnesota.

We have one copy of Red Moon up for grabs, open to all! The giveaway will run until Sunday, January 26 at 12:01am EST. To enter, use the form below!