Grave is the newest book by Joan Frances Turner, and the third entry in her Resurgam trilogy. Thea was a huge fan of Dust, book 1 in this zombie saga, and so we were thrilled when we were given the chance to host Joan here to celebrate the release of Grave. 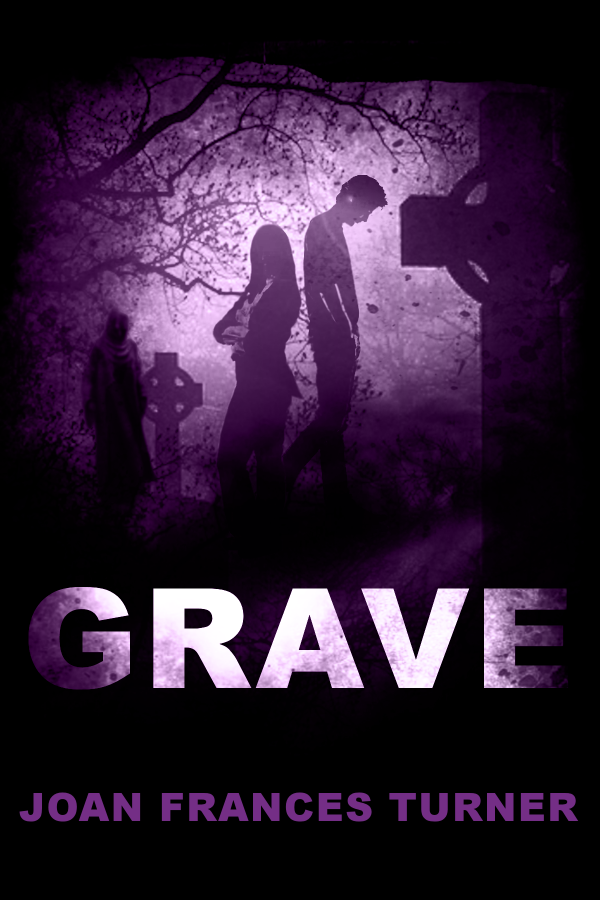 Please give a warm welcome to Joan, everyone!

The Resurgam trilogy owes a great deal to the fact that I knew everything about Night of the Living Dead except how it ended. I first saw the original 1968 version late one night at my grandparents’ house, keeping the TV on purely for company, and to my great surprise found myself watching not a campy black-and-white gorefest (though there’s still plenty of gore, and something splendidly clumsy about poor Barbra’s wittiest retort being, “Stop that! You’re ignorant!”), but ninety minutes of emotional trauma, barely suppressed racial tension, spectacular family dysfunction, doomed love, fatal strategic errors, and, as the crowning blow, the final fate of poor, stalwart Ben, emerging blinking into the sunlight only to become “another one for the fire.”

During the closing credits’ horrible photo-stills, where the sheriff’s posse hauls Ben’s corpse across an open field and consigns it to the flames, I thought, how did popular zombie lore go from this to an endless, multimedia game of first-person-shooter? How could anyone decide the sheriff and his posse were the “heroes” of the day, to be resurrected as romantic leads in a thousand and one survivalist fairy tales? And for that matter, given the movie’s spectacular displays of institutional incompetence from federal and state government on down, was anyone really going to trust that this was the first time something like this ever happened—or that it happened like they claimed? I’ve always liked the note of utter disbelief in the radio announcer’s voice, when he declares that “the victims seem to have been…partially devoured.” It’d be interesting, I thought, if this stemmed not from the shock of an utterly alien event, but from a lifetime of personal and cultural denial crashing down around his ears. What if what he refused to believe was happening had been happening, in one form or another, all along? 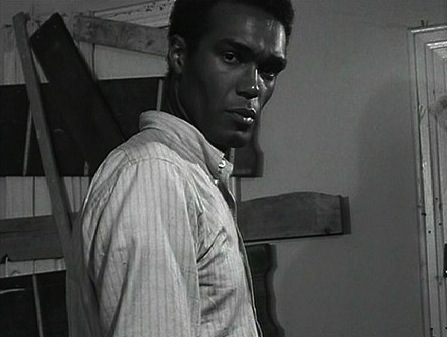 Accordingly, and from a page of disjointed notes scribbled in a movie theater before the lights went down, I started sketching out a counter-universe. The undead, instead of representing the outbreak of unprecedented disease, have been resurrecting unpredictably and at random for thousands of years or longer, for reasons science can’t explain—often so sparsely as to be nearly invisible, occasionally in such vast numbers as to be dangerous. There was no particular reason to limit their diet to humans; any living flesh, like the unfortunate deer Jessie and her companions hunt in the opening chapter of Dust, would do. Since they didn’t require human flesh (though some still insist on it), they could live anywhere they could find other animals, in open fields or forests or any trash-site that might attract rats and raccoons. There is no disease vector involved; as noted, “infection” and resurrection are purely arbitrary, and the undead’s bite simply means that you’ve just become food. Both because I know less than nothing about firearms and because nothing bores me more than all that first-person-shooter, guns are virtually useless–the sheriff in NOTLD said it himself, “Beat ’em or burn ’em,” so a human’s best weapon is fire. High school kids and suburban moms carry fancy personalized lighters, just in case; gun nuts have given way to firearms freaks who stockpile flamethrowers. 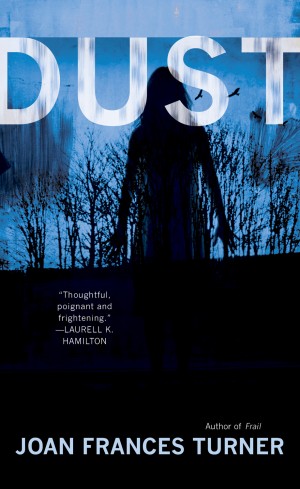 (So why don’t humans just cremate all their dead, in this slightly pyromaniacal world, and assure their own safety? Some do but many don’t, for a host of reasons from cultural taboo to simple denial. Human irrationality is maddening in reality, but it’s a writer’s bosom friend.)

Once you start rethinking the surface details, all the rest follows. Since actual dead bodies ultimately crumble into dust, why wouldn’t they have a “life span” of their own, from “youthful” rot and infestation to near-skeletal old age and disintegration? Why assume the undead are brain-dead? Why assume they can’t speak, at least to each other? (Not with rotting tongues, perhaps, but signs and gestures and a spit-spot of telepathy can work wonders.) Wouldn’t it be far more interesting, and disturbing, if they were still sentient, and remembered who they once were, and were now literally and figuratively out in the cold, staring across the void at everything they’d lost? What would it be like—as actually happens in Dust–to encounter a loved one whose death had caused you immeasurable grief, only to see their eyes gazing back at you an unrecognizable, seething mass? No wonder living humans try to pretend, in the face of all evidence, that if the undead exist, they don’t exist here and now. No wonder the undead, their lives consumed by hunger, try to pretend they look at their past selves and see nothing but meat. The loneliness of the long-dead runner. 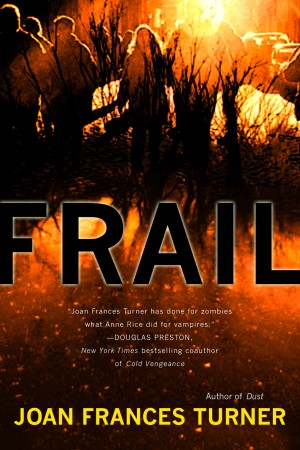 The nature of the…let’s not say apocalypse, but rather major paradigm shift that occurs in Dust, and whose aftermath colors all of Frail and Grave, also followed naturally. NOTLD and its descendants accused zombies of attacking and infecting the living. Why not instead suggest, not illogically, that humans might put all their scientific knowledge toward trying to eradicate what are delicately called “environmental hazards” (and, while they’re at it, try and work out how to control this whole life-and-death conundrum far more directly), but end up subjecting themselves—and the undead—to a superbug of horrifying fatal proportions? That the ensuing pandemic (or at least our characters assume it’s one, but who knows what’s actually happening outside North America?) manages to destroy much of humanity, render the undead nearly extinct, and transform the survivors into something whose flesh is fully restored, but which still may not be wholly alive…bad luck, I suppose, or good depending on where you stand. Many real-world medical and legal confrontations (which I sometimes regret not having addressed more directly in the books) would never have happened, if we were entirely sure what constitutes the moment of death; in this topsy-turvy world, it’s thus every bit as nebulous when someone is living. Or as Amy, one of our two major protagonists, asks echoing millennia of philosophy, “What’s a human, anyway?” 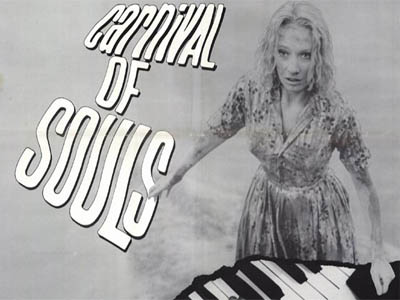 This is all well and good but as always, bricolage makes the story. The telepathic, indescribable music the undead hear, and their occasional literal dances of joy that it inspires (why shouldn’t the dead have their transcendent moments, even when stuck on earth?), was inspired by the danse macabre in my other favorite undead film, Carnival of Souls. The troubled Stephen Henry, introduced in Frail and a key character in Grave, was named for that movie’s protagonist Mary Henry. Years ago I saw the controversial “Body Worlds” museum exhibit on its world tour; I took one look at a heavyset corpse posed with a porkpie hat and a deck of cards and declared, “That’s Billy,” one of the trilogy’s bullying, murderous, ultimately tragic antagonists. Mags, his true love, is a straight-up zombie Mae West. . The awful crime Amy commits in Frail, and its embodiment pursuing her through nearly all of Grave, probably owes a lot to music: Robert Johnson’s “Hellhound On My Trail,” Pink Floyd’s “Dogs” and Nick Drake’s “Black-Eyed Dog.” Because NOTLD’s first onscreen death is a man killed in front of his sister—then returning to devour her in turn—every fatal act from Dust onward has its origins in a brother-sister family reunion gone horribly, spectacularly wrong.

One of my prized childhood possessions was a copy of Thomas Bulfinch’s Myths of Greece and Rome; I was appalled and fascinated by the myth of Erysichthon, whom Demeter punished for sacrilege with a hunger so insatiable and overpowering he finally ate his own flesh. Erysichthon’s curse became the man-made plague in Dust, whose victims also futilely devour everything in sight—including each other—before their bodies cannibalize themselves, wasting away to bags of skin and bones. A version of the river of Lethe makes an appearance in Grave. My favorite of the myths is and always will be the story of Persephone and Demeter. Their shades show up in Frail and Grave, in Amy’s and her mother Lucy’s mutual anguish, and the literal specter of Death hovering over their reunion. As for Death him/her/it/themselves showing up in the flesh, it’s a little difficult to have a Persephone without a Hades…especially when, much as so many of our dead characters can’t break their ties to the living, Death relies on for purpose, meaning, and possibly far more than that. 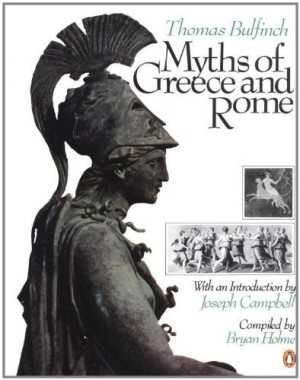 My “zombie knowledge,” such as it is, is still limited and frankly parochial. I haven’t seen any of the subsequent Romero movies or their remakes, it’s been years since I last saw Shaun of the Dead, and Evil Dead and The Walking Dead are terra incognita. (I have become an avid reader of Afterlife With Archie, but that’s down to my lifelong soft spot for Jughead—even a dead, rotting, homicidal Jughead—as much as anything.) The Resurgam universe is a small one, confined both to the geographic postage stamp of far northwest Indiana (come visit the beautiful, probably largely corpse-free Indiana Dunes) and to a few quasi-mystical twists and turns of my own imagination, but I like to imagine it contains multitudes, whatever their existential status. If I had to sum the trilogy up in one sentence, it would probably be this: “It’s a good life, even when you weaken, and it ain’t over even when it’s over.” 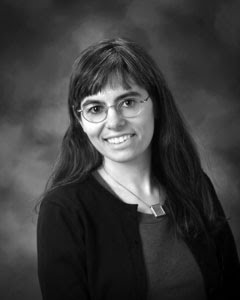 Joan Frances Turner was born in Rhode Island and grew up in the Calumet Region of northwest Indiana. Dust, a story of the undead as told from their own point of view and the first in her “Resurgam Trilogy,” was published in September 2010; Frail, a sequel from the all-important human perspective, was published in October 2011. Grave, the final book in the trilogy, will be published in the summer of 2013.

We have 3 digital copies of Grave up for grabs, courtesy of Candlemark and Gleam. This is open to all, and will run until Sunday, February 23 at 12:01am EST. To enter, use the form below. Good luck!

Vassa in the Night by Sarah Porter: Cover Reveal & Giveaway