This month’s OSW Readalong pick is A Bride’s Story by Kaoru Mori. 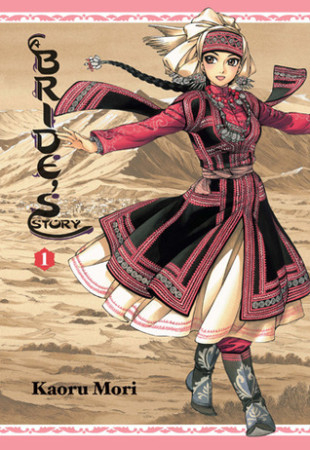 Acclaimed creator Kaoru Mori (Emma, Shirley) brings the nineteenth-century Silk Road to lavish life, chronicling the story of Amir Halgal, a young woman from a nomadic tribe betrothed to a twelve-year-old boy eight years her junior. Coping with cultural differences, blossoming feelings for her new husband, and expectations from both her adoptive and birth families, Amir strives to find her role as she settles into a new life and a new home in a society quick to define that role for her.

Stand alone or series: First volume in an ongoing series

I am not entirely sure what to say about A Bride’s Story. In fact, right now, I am sitting here like this: 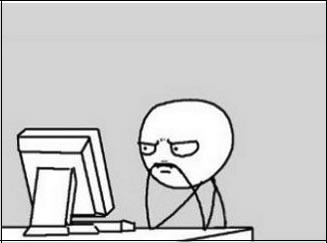 Set in the 19th century Central Asia, it follows the story of a young bride in the early stages of her marriage to a much younger boy from a different tribe and everything that this entails. 20 year-old Amir Halgal (who is actually named Amira in the original. The English translation has masculinised a feminine name…why?) is from a nomadic tribe whereas her new husband, 12 year old Karluk is from a settled community. The differences between their life style is played out to include a look at their relationship with the environment and the way that their communities observe and maintain gender roles. As such, the story also looks at how awesome Amir is – and she is indeed, awesome – at hunting and understanding other people and being generally speaking, a badass. Also, totally badass: the grandmother. Holy shit.

One of the biggest aspects of the story is of course the age difference between Amir and Karluk. One of the more interesting things around that is the fact Amir is “too old” to get married at twenty. This plays well into her behaviour of trying her hardest to ingratiate herself to her new family, to be useful in order to be accepted and liked.

I will admit that observing it from a modern perspective, their marriage and their age difference is a little bit uncomfortable. But this was amplified to wtfuckery after I read the author’s afterword in which she expounds on how the average marriage age for that time was 15-16. I am baffled by the author’s choice to have such a huge age difference then – it makes no sense within the story and it’s anachronistic to boot. Because Amir could still be twenty and have the same character arc about her being too old, without getting hitched to a 12 year old boy. Their feelings could still develop slowly and awkwardly had he been a 15 year. Not to mention that Karluk is a child even within the parameters of the story and it also makes no internal logic for Karluk’s tribe have their most important son married to someone so “old” when he is still so young. Especially because they have nothing to gain from that alliance within the logic of the story being told. This goes completely unremarked by the narrative. I just don’t understand it.

Similarly, there is a white dude – Smith? – that is living with Karluk’s tribe and plays the role of an outsider observing cultures not his own. It felt like his presence served to showcase and underline westerners’ earnest cluelessness and obsession about/with the East? But… wait… isn’t that… exactly what Kaoru Mori – a Japanese writer interested in the specific type period – is doing? Is this a sarcastic commentary? I am so confused.

Also confusing: the artwork! I found it both incredibly beautiful and extremely unclear because all women look the same! Many times, I had to re-read because I thought it was Amir saying something when it was in fact, another female character.

A Bride’s Story mixes several elements that I love: historical fiction, strong female characters and an interesting cultural landscape. My tepid feelings toward this first volume is baffling even to me, all things considered.

Oh, A Bride’s Story. I have conflicted feels about you.

First and foremost, A Bride’s Story is a work of art. Kaoru Mori’s illustrations are stunning from the very first spread. I mean, look at this drawing: 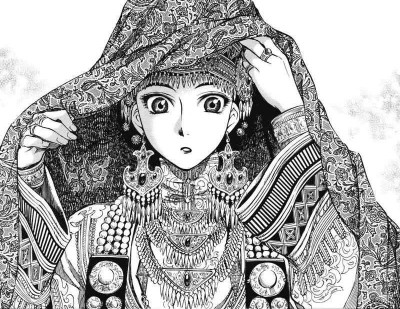 My version of A Bride’s Story is a slim, beautifully crafted hardcover that is, aesthetically at least, gorgeous. Mori pays painstaking attention to minute details in almost every frame of this book, from the embroidery and patterns on Amir Hagal’s dress to the delicate woodcarvings and house designs by the village artisan woodworker. This kind of ornate, intricate illustrative style is worth checking out on its own – like I said before, as an object, A Bride’s Story is a work of art.

Where things get a little fuzzier, however, concern the actual story and characterization.

As Ana says, A Bride’s Story is a tale set in central Asia, following Amir Halgal, a twenty-year old bride from a nomadic hunter tribe. Amir travels on horseback over the mountains to marry a much younger twelve-year old bridegroom, Karluk Eihon, the eldest son from a wealthy family in a settled, provincial town on the Caspian Sea. Immediately, this is interesting to me. The older female bride – who is old especially by the standards of this particular time period – and her child-groom is a brilliant subversion of the story I feel like we read all the time in historical fiction and historical fantasy (the beautiful virginal child bride being married off to the burly barbarian groom, in order to solidify some economic or power partnership). Amir is no ordinary “old” woman, though; she’s eager to be accepted by her new family, she’s a bonafide badass with a bow and arrow, she’s confident and vocal and different from the Eihon clan. I love her directness, and, at least in theory, the way she gently steers the relationship between herself and her twelve-year old husband. I also like the societal tension that Mori showcases because Amir is almost appallingly old (can’t have more than a few babies!), and that at one point Karluk feels compelled to tell his wife that he has never once wished that she was younger. (This is especially hilarious because Karluk is a CHILD and Amir is so freaking cool on her own.)

On the other hand, however… there are things.

There’s a distinctly creepy vibe to the relationship between Amir and Karluk because she’s eight years older than him, and he’s twelve. There’s one scene in which the couple are sharing a tent and Amir strips down naked – much to Karluk’s distress – because it’s warmest to sleep in the nude in such tents. And Karluk – a drunk Karluk, mind you! – thinks to himself “I think that lamb sleeping with its mother must feel just like this.”

There’s also the bizarre ending to this volume, in which Amir is deathly frightened that her groom is going to die because he has a fever. Like, she’s a completely distraught, sleepless, hovering worrier – and the vibe here is more creepy maternal/elder sister. It’s…uncomfortable.

I’m not sure how everything ultimately will shake out. There are plenty of interesting storylines here – Amir and her family, who have come to try to take her back (as though she can just be removed and re-purposed for a better investment), the backstory of Karluk’s awesome grandmother, the role of Karluk’s uncle and his nomadic tribe, the woodcarver in the larger story and the younger siblings of the Eihon family tribe…

And now we turn it over to you! Sound off and let us know what you thought of A Bride’s Story!