Today we are thrilled to be a stop on the blog tour for Inked, the debut speculative fiction young adult novel from Eric Smith!

This is no ordinary blog tour post – because today not only do we get to learn a little bit about Inked, the influences and process that went into the book, but we get to debut the theme song for the novel. That’s right, the theme song. Written by Steve Soboslai, singer of pop-punk band Punchline, the theme song gets its premiere here on The Book Smugglers! 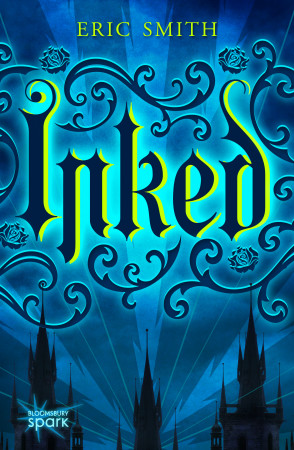 Please give it up for author Eric Smith, folks!

A little over five years ago, when I finished graduate school, I self-published a novel. I’d been trying to sell it for a while, and it just wasn’t happening. Luckily for me, I’m incredibly fortunate to have an awesome group of supportive friends, who went out of their way to push the little book when I went ahead and did it myself. Not only did they talk about it, but they wrote music.

That’s right. A handful of my pals wrote songs inspired by the story. Three songwriter buddies (you can check them out on Bandcamp: John, Jay, and Peter) broke out their acoustic guitars, and penned three awesome songs, which moved me quite a bit.

I wanted to recreate that bit of musical magic, so I reached out to my friend Steve Soboslai, the singer of one of my favorite pop-punk bands of all time, Punchline. Over the years I’ve seen them on tour with Fall Out Boy, Paramore, MXPX, Hawthorne Heights, and endless other groups, and I listened to them a lot while working on Inked. He’s got an awesome solo project called Blue of Colors, which is a little bit Death Cab for Cutie-ish, that you all should be listening to. He spent last year touring with Matt Pryor (of The Get Up Kids) and Mark Rose (of Spitalfield). He’s awesome. 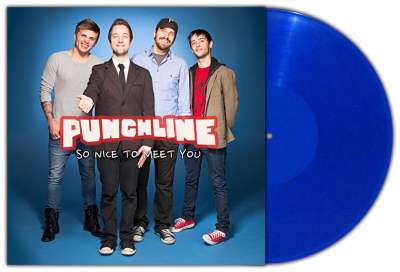 Anyhow, I asked him if he’d be interested in writing a theme song to Inked, something that matched the tone of the novel and could be given away to readers. A few emails and phone calls later, and here we are.

I think he nailed it, and I really hope you’ll enjoy the song. You can stream and download it for free via his Bandcamp page HERE, as well as via this YouTube video HEREwe’ve shared with The Book Smugglers.

Big thanks to Thea and Ana for premiering the song! Share away, and enter the giveaway below for a chance to win an eBook copy of INKED (on your choice of eReader) as well as a signed Punchline vinyl from Steve.

And of course, check out INKED! Its available now via Bloomsbury Spark!

Tattoos once were an act of rebellion.
Now they decide your destiny the moment the magical Ink settles under your skin.

And in a world where Ink controls your fate, Caenum can’t escape soon enough. He is ready to run from his family, and his best friend Dreya, and the home he has known, just to have a chance at a choice.

But when he upsets the very Scribe scheduled to give him his Ink on his eighteenth birthday, he unwittingly sets in motion a series of events that sends the corrupt, magic-fearing government, The Citadel, after him and those he loves.

Now Caenum, Dreya, and their reluctant companion Kenzi must find their way to the Sanctuary, a secret town where those with the gift of magic are safe. Along the way, they learn the truth behind Ink, its dark origins, and why they are the only ones who can stop the Citadel.

Eric Smith takes you on a high-octane fantasy adventure, perfect for anyone who has dreamed of being different… only to discover that fate is more than skin deep. 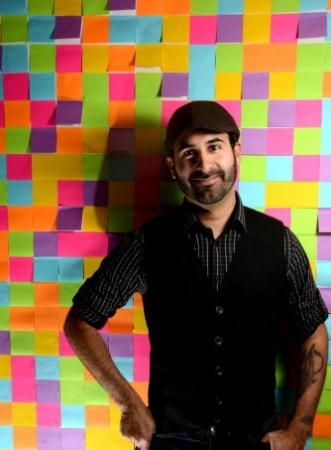 Eric Smith is an author, blogger, gamer, and publishing geek living and writing in Philadelphia. His latest book, The Geek’s Guide to Dating, was published by Quirk Books in December 2013, and was an Amazon 2013 Best Book of the Year selection in Humor. He still can’t believe that happened.

His first Young Adult novel, Inked, will debut with Bloomsbury Spark in January of 2015.

Want more Inked? Make sure to check out all the other stops on the blog tour below!

1/20: The Book Smugglers
The Premiere of the Theme Song to INKED by (Surprise!)

1/21: Cuddlebuggery
On Editing, Revising, & Learning to Leave Things Out

1/22: Snuggly Oranges
What To Do When You Just Can’t: Researching Outside the Box

1/23: The Perpetual Page Turner
A Roundup (And Giveaway) of YA Novels That Inspired INKED

1/27: Not Yet Read
How Video Games Can Make You a Better Author

1/28: My Bookish Ways
The Best Pieces of Advice I’ve Ever Gotten From Other Writers

We’re giving away an ebook copy of Inked (on your choice of eReader) as well as a signed Punchline vinyl from Steve! The giveaway is open to all and runs through Saturday, January 24 at 11:59pm EST. To enter, use the form below. And good luck!