We celebrate 7 years of Book Smuggling tomorrow, when we will be announcing our goals and plans for 2015. Today, though, as a pre-Smugglivus celebration we’ve decided to take some time to reflect on 2014: our favorites, our firsts, and our worsts.

2014 was such an amazing, tumultuous year of change and accomplishment for us, it’s hard to even know where to start! 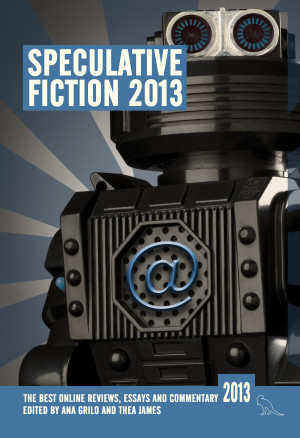 We were the editors of the 2013 edition of Speculative Fiction: The Best Online Reviews, Essays and Commentary – an annual collection that celebrates the best in online Science Fiction and Fantasy non-fiction. Published in May 2014 with a kick-ass ToC (if we may so ourselves), this was an incredible (and life-altering) experience for us.

2. Loncon and the nomination for a Hugo Award 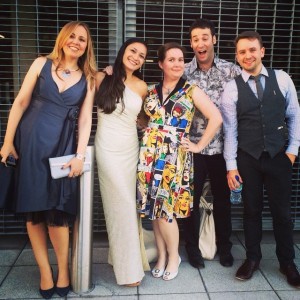 Last year, we were incredibly proud and grateful to have been nominated for a Hugo Award for Best Fanzine alongside some of our favourite people.

We might have lost the award (to the amazing and incredibly deserving Aidan!) but the experience of attending the ceremony, the excitement of simply being at LonCon and meeting in-person so many fellow SFF fans we’ve befriended over the years was… well, unforgettable.

Two of our favourite features were inaugurated in 2013 and continued in 2014:

Old School Wednesdays (a weekly Wednesday feature in which we take a break from the new and shiny, and review books that are at least 5 years old).

SFF in Conversation, in which we invite publishers, authors, and bloggers over to talk about the SFF genre, with a special focus on inclusivity and diversity.

We absolutely adore both these features and are incredibly proud of them. And we had a lot of fun doing more in both of these feature categories over the past year.

– In 2014, we reviewed fewer books than ever – extremely busy day jobs, Thea’s volatile personal life changes, the launch of Book Smugglers Publishing, and Ana’s bout of pneumonia – but we still managed to write a whopping 215 reviews last year. Our top 10 books of 2014 was published on December 31st, including both Ana’s and Thea’s separate top 10 reads published in 2014, top 10 books published prior to 2014, and notable reads of 2014.

– Two of our favourite (and most popular) posts however, were: 1) the not so positive joint review of The Moon is a Harsh Mistress by Robert A. Heinlein and 2) the essay History, Fandom and Masters of Science Fiction. 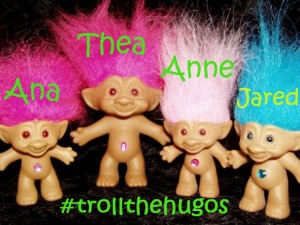 – Trolling the Hugos: it is true we had a lot of fun at the Hugo Awards but we also had a great time in the lead up to the convention. Together with fellow nominees Anne and Jared of Pornokitsch we totally Trolled the Hugos, i.e. we had a drunken viewing party on Twitter of arguably the Worst Movies of All Time: Troll and Troll 2 (Thea says: YOU ARE WELCOME.)

– Diversity in 2014: one of our main goals for 2014 was to read more diversely. We created a tag to to keep tabs on our goal and at the end of the year we crunched the numbers and were very pleased with the results.

6. Biannual State of the Union Meetings 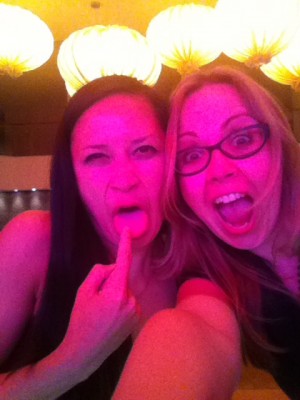 In 2014 we saw the need to have biannual meetings so we can organise, discuss and implement new features and goals for The Book Smugglers. Thea made it across the pond twice in 2014 and of course, these are also good excuses for us to have fun together. See above. (Ana likes strawberry martinis. Thea does not.) 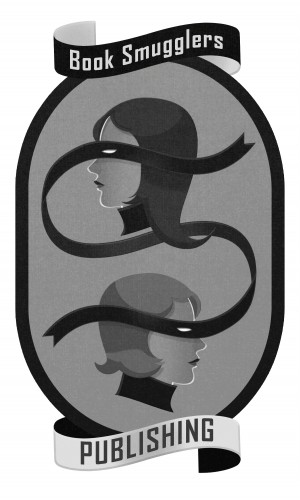 Finally, without a doubt, our biggest accomplishment of 2014 was the launch of Book Smugglers Publishing.

Back in May during our first Book Smuggler State of the Union meeting of the year we made the huge decision to embark on a new step in our blogging careers: publishing short stories. We opened submissions that same month, and after receiving over 500 stories, we picked six to publish in our inaugural fall line-up. All six were published between October and December – available for free on the blog and as standalone ebooks via several retailers and direct via The Book Smugglers – without a hitch. (Although it was a lot of work. A lot of really hard work. But we loved every single minute of it.)

As publishers, we have a clear mission: to discover the best voices in speculative fiction from across the world and to publish original stories featuring subversive, feminist, and diverse perspectives. We feel that we’ve succeeded in our mission, and are extremely proud of our inaugural publishing list:

– Hunting Monsters by S. L. Huang
– In Her Head, In Her Eyes by Yukimi Ogawa
– Mrs Yaga by Michal Wojcik
– The Mussel Eater by Octavia Cade
– The Astronomer Who Met The North Wind by Kate Hall
– The Ninety-Ninth Bride by Catherine F. King 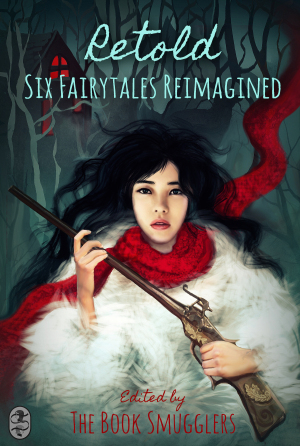 In December, we collected all six stories in the anthology Retold AND opened up a store with Society6 to make the incredible cover art we commissioned available as prints, phone cases, clocks, tote bags, and more.

It has been an incredibly busy, stressful, but ultimately rewarding year. We wouldn’t have it any other way.

Thank YOU so much for being a part of it.

And tomorrow, as we celebrate our seventh anniversary, we will talk about our goals and plans for 2015. We have a lot of exciting news to share!

Until then, we remain…. 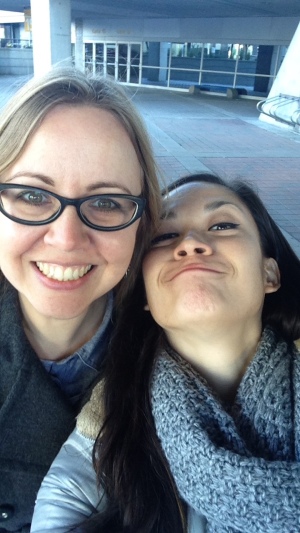 Reminder! We Are Currently Open For Short Stories Submissions