Tomorrow is November 18 and we will be publishing the fourth short story in our Fall line-up of fairytale retellings, The Mussel Eater by Octavia Cade. To celebrate the release, we invited the author to talk about the story and about the motifs and themes behind this retelling of Pania of the Reef. 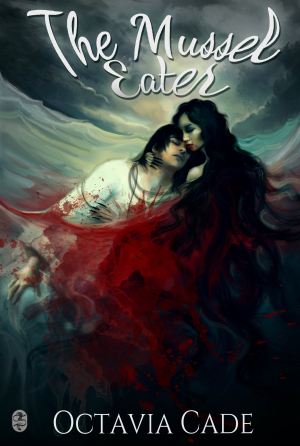 Please give it up for Octavia Cade, everyone!

On the east coast of New Zealand’s North Island is a place called Napier. It’s known for two things: its art deco architecture, resulting from the city rebuilding after the massive 1931 earthquake—and the statue of Pania of the Reef.

The statue’s based on a local legend of the same name, where the sea-maiden Pania comes ashore and falls in love with a man called Karitoki. It doesn’t end well. As with a lot of stories like this there are a number of variants, but the one I grew up hearing had Pania heading back to the sea each dawn, and sneaking back to Karitoki at dusk so that they could spend their nights together. This wasn’t enough for Karitoki. Hopelessly in love, he wanted her with him all the time and he learned that if he could just get Pania to swallow cooked food, she’d be trapped on land with him forever. So one night he waited until she was asleep and slipped a morsel into her mouth—but Pania woke before swallowing and was highly unimpressed to have the decision taken from her. She spat out the food and ran back to the ocean for good. Pania and Karitoki’s son became a sea guardian off the Napier coast.

This rather bleak outcome has always appealed to me. There’s no love conquering all, and no coming back from Karitoki’s mistake. Pania had her boundaries well and truly stomped on and that was it: off she went home, and no second chances. It’s interesting to compare this to the story behind another watery statue of a sea-maiden who fell in love with a human. Copenhagen’s The Little Mermaid was prepared to give up everything for love and chose to take her own life when that love wasn’t returned. Pania has a little more of the feminist about her.

So when I saw the Book Smugglers calling for subversive fairy tale retellings, I thought of Pania and wavered. As much as I loved the story it was already fairly subversive. What could I do with it?

It was the idea of the sea guardian that showed me the way. I’ve a handful of speculative fiction stories concerning the New Zealand fishing industry. This in itself is a family thing, I suppose—my Dad was a marine biologist who worked in fisheries, and I did some myself at uni though I was always more interested in algae. And if you live in an island nation, as I do, marine conservation and ecology is a fundamental concern.

I thought I could make Pania the sea guardian instead of her son, give her a role other than wife and would-be victim. And not just her—she would be the Pania, a singular creature from a species of Pania that exist to protect the ocean mammals of our waters. And if the Pania is going to guard dolphins and whales and seals from hungry predators, from careless fishers, then she’s going to need some serious heft to her. Pania of the Reef was never a submissive little girl — this Pania has teeth and claws and a mission she’ll defend to the death.

But even with this, I didn’t think my version would be enough for Ana and Thea. So I decided to focus on the act of consumption. On what it would take to convince a Pania to eat cooked food, to seduce her away from the sea. It drifts a little into food porn in places but I like to cook and I like to read about cooking so this is something that could, I thought, underline the potential sensuousness between Karitoki and the Pania. He’s treating her like a date, almost. Trying to please her, trying to get the right combination of food and drink to tempt her away from raw fish and crab guts.

Trying to make her human.

The Mussel Eater will be available from November 18 , 2014. You’ll be able to read the short story in full for free here on The Book Smugglers, but we’ll also have a DRM-free ebook (EPUB, MOBI, AZK) that contains the story as well as a Q&A and essay from the author, available for purchase on all major ebook retail sites.

And read The Mussel Eater for free online HERE on November 18, 2014.

A Kickstarter Of Our Own

Application for the Delegation of First Contact: Questionnaire, Part B by Kathrin Köhler