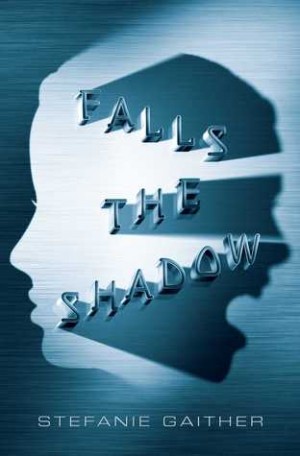 When Cate Benson was a kid, her sister, Violet, died. Two hours after the funeral, Cate’s family picked up Violet’s replacement. Like nothing had happened. Because Cate’s parents are among those who decided to give their children a sort of immortality—by cloning them at birth—which means this new Violet has the same smile. The same perfect face. Thanks to advancements in mind-uploading technology, she even has all of the same memories as the girl she replaced.

She also might have murdered the most popular girl in school.

At least, that’s what the paparazzi and the anti-cloning protestors want everyone to think: that clones are violent, unpredictable monsters. Cate is used to hearing all that. She’s used to defending her sister, too. But Violet has vanished, and when Cate sets out to find her, she ends up in the line of fire instead. Because Cate is getting dangerously close to secrets that will rock the foundation of everything she thought was true.

In a thrilling debut, Stefanie Gaither takes readers on a nail-biting ride through a future that looks frighteningly similar to our own time and asks: how far are you willing to go to keep your family together?

Stand alone or series: Can be read as a standalone, I suppose, but reads like it’s meant to be part of a series.

Why did I read this book: I was initially intrigued by the title – a quote from a T.S. Eliot poem – and the striking cover. Then, I learned that the story was about sisters and the tricky ethics of cloning, and of COURSE I was hooked.

Cate has always been different from her older sister – the vivacious, beautiful, trouble-making Violet – but the two have always been close.

All of that changes when Violet gets sick and dies.

Hours after her funeral, the family heads to the Huxley corporation to pick up Violet’s replacement: a cloned cyborg version of Cate’s older sister, who appears human in all respects and even contains her most recently uploaded memories. As the daughters of the powerful Mayor Benson, Violet and Cate both are origins – that is, they have chips implanted in their brains so that their memories are safely uploaded in case the unthinkable happens. And now that the unthinkable has happened, the Benson family must very publicly embrace their cloned daughter.

For young Cate, the New Violet isn’t quite so easy to reconcile with her memories of her older sister. And as the years pass, the rift between sisters grows ever larger, while tensions grow between Huxley supporters (derisively called “clonies”) and the pro-human activist group (the Clone Control Advocacy, or CCA).

When a teenage girl – one of Violet’s only friends, and the most popular girl in school – turns up dead and Violet turns up missing, the already volatile situation explodes. Cate doesn’t know if she can trust her family or her cloned sister, but she knows she must discover the truth. But with both Huxley and the CCA on her tail, the truth might be the most dangerous discovery of all.

There’s a lot to initially like about Falls the Shadow. The themes the book sets out to deal with – tolerance, ethical questions of scientific progress, the very nature of humanity, the bond between sisters and family – are fantastic. In theory. In practice, however, Gaither’s debut novel is sadly lackluster and fails to deliver on any of these promising themes. Instead of focusing on the meaty ethical questions posed by the ability to clone human DNA, including the ability to increase physical strength and healing ability in said clones, or the tantalizing prospect of uploading one’s consciousness into a supercomputer (to live forever!), Gaither focuses on quick action and multiple (often inept) chase scenes. Instead of focusing on the fraught, fascinating relationship between Cate and her sister Violet, or even within Cate’s own strained family, Falls the Shadow goes the mind-numbing “I’ve always had a crush on you” route with a boy who represents everything that Cate wants but cannot trust or have.

Suffice it to say: I am very, very tired of reading this story.

What’s all the more infuriating is the fact that Falls the Shadow isn’t actually a bad book. There are good thoughts and flashes of awesomeness within – for example, take the powerful image of Cate’s stone-faced, perfectionist mother and her creased, joyless father as they endure the constant waves of paparazzi and political onslaught. Or the moment when Cate thinks about her mother recording an answering machine message ten times to get the intonation just right, to portray the right facade to the outside world. There are moments of touching intimacy between Cate and Violet, as both sisters realize against their will that they actually care deeply for each other; there are clever ways that Gaither weaves the historical background of Cate’s world into the story without being infodumpy or too painfully obvious.

These isolated flashes of awesomeness, however, do not a good book make.

Falls the Shadow banks single-mindedly on its fast-paced plot and trades any cohesive worldbuilding or politicizing for painfully transparent, one-note Evil Corporations on both sides of the Clone/Human divide. The novel does not delve into the actual mechanics or ethics of cloning or conscious-tampering, and its technological hijinks are actually hilarious – there’s a scene in which Cate hacks her way around the CCA’s systems from a tablet computer which is particularly delightful. (Actual dialogue: “You havked the CCA’s computer system, didn’t you?” “That was different. And they started it.”) Nor does the novel even attempt to build the mystery around teenage Samantha’s death; like many YA thrillers I’ve read of late, the mystery is purely superficial, solved by incidental confession and no thanks to any actual detective work or mental acuity from the main character. This is to say nothing of the excessively irritating romantic focus of the book, in which Cate has always had a crush on hottie Jaxon (who has, of course, always had a crush on her too), and trusts him even when she has reason NOT to do so. Especially when it turns out Jaxon is the son of someone who should pretty much be her family’s archnemesis.

One more time, with feeling: I’m so very tired of reading this story.

Falls the Shadow is a forgettable, utterly meh novel that treads upon on the same trope-laden path that a million other superficial, mediocre YA dystopia/spec fic books have already traveled before. No, thank you.

I took some of the flowers from my sister’s funeral, because I thought her replacement might like them as a welcome-to-the-family present.

An hour’s drive later, and most of the velvety petals had little tears and creases in them, because I couldn’t seem to get my fingers to hold still. Mother had already fussed at me for dragging my nails through the leather seats (you’ll leave scratches!), and for drawing pictures on the foggy windows (those were just cleaned!), and when I absently sent yet another piece of petal fluttering to the floorboard, her hand snapped out and wrapped like a whip around my wrist.

“Honestly Catelyn, I wish you would stop fidgeting. There will be nothing left of those flowers by the time we reach Huxley.”

I sank farther down into the seat. The seatbelt cut into my neck, but I ignored the burning and focused instead on the wobbly, watery world outside my window. Any second, the towering gray buildings of the Huxley Laboratory Compound would be coming into view. Father was already there. He probably already had the paperwork filled out. New-Violet was probably already waiting by his side.

Not New-Violet, my mother’s voice scolded my thoughts. Our Violet. The same, the one and only Violet.

She was right, of course. The girl we were picking up couldn’t have been any more identical to the big sister I’d always known. She was her perfect genetic copy. And thanks to Huxley’s advancements in mind-linking and uploading technologies, this Violet had all of the old one’s memories, too. She would fit right in. It would be like my sister never left.

I was still nervous.