Today we are thrilled to have author Rin Chupeco over to talk about Inspirations and Influences for her debut novel, YA horror story The Girl From the Well. Thea loved the book, so we are delighted to have Rin talk about the folktale behind the novel. 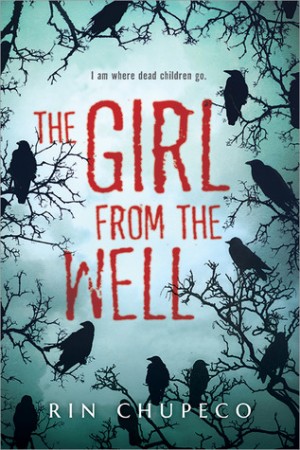 Please give a warm welcome to Rin, everyone!

The Creation and Genesis of Okiku

According to the Japanese legend, Okiku started life as a young maidservant to a powerful lord. She was eventually killed and thrown down a well for being less important than the men who were guilty of this crime. It’s not an unusual end in Asian ghost stories – many run through similar lines. That didn’t suit well with me.

Horror movies like The Ring and The Grudge have always featured women like this: victims in life, unholy killers in death. They are unwilling murderers – it’s unlikely that they enjoy their afterlife, and are instead compelled to murder by an outside malice more powerful than their free will. If you want to be meta about it, it could pass as a commentary on how women, despite making great strides toward equality in society, still remain victims to the overall patriarchial status quo. (Technically, both men and women are victims of the patriarchy, but women make up the majority.)

All too often in ghost stories the point of view is told through the eyes of the haunted, rather than those who haunt. It’s easier that way, and it’s why I strove to do the exact opposite. I wanted readers to be reminded that while she is first and foremost a gruesome creature, that isn’t her fault.

I wanted a different kind of heroine from a perspective few people would expect. I didn’t want a protagonist who was going to bleed emotion and desire into her pages, because my Okiku would never be the type to consider herself important enough for that – but I also wanted, in the short spaces between her madness, for her to let her guard down, to allow herself the luxury to talk about herself no matter how short or fleeting those instances of her humanity are. The more she finds herself immersed in Tark’s situation, the more frequent those became.

I rejected the Casper-the-friendly-ghost option – to make her any less than a terrifying spectre would lessen her impact and her importance. I wanted a ghostly heroine still motivated by the malice she acquired due to the horrificness of her death, but also one capable of making her own decisions – not only to go against her own terrifying nature when the occasion called for it, but to rise above it. To keep her both frightening and sympathetic at once was the main challenge, and I think I was able to do her justice in that regard! 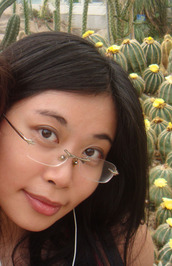 Despite an unsettling resemblance to Japanese revenants, Rin always maintains her sense of hummus. Born and raised in Manila, Philippines, she keeps four pets: a dog, two birds, and a husband. Dances like the neighbors are watching.

We have one copy of The Girl From the Well up for grabs! The giveaway is open to addresses in the US and Canada only, and will run until Sunday, August 10 at 12:01am EST. To enter, use the form below!