Today we have something a little different for you: we received a review copy of Born of Night by Sherrilyn Kenyon and due to our crazy schedule, we realized that we couldn’t possibly read and review it. BUT, since our friend Harry Markov of Temple Library Reviews showed some interest on the book a while back, we asked him to write a review for us – and he was more than happy to oblige! Here is what he has to say: 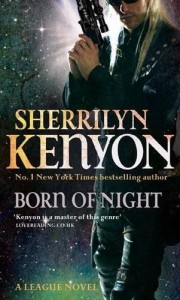 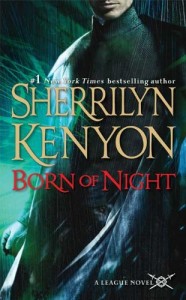 Stand Alone or series: Book one of the League series

How did we get the book: we got a review copy from Piatkus and sent the book to Harry.

“Born of Night” by Sherrilyn Kenyon sounded good at first. The book trailer whispered sweet things in my ear and the cover seduced me. I said I wanted it and Ana gave it to me. However it turned out that “Born of Night” is a big book. A sense of foreboding came over me, when I looked at the five hundred and thirty pages and then made sure that this is a book in the UF and paranormal romance vein. But first the blurb:
_____

In the Ichidian Universe, The League and their ruthless assassins rule all. Expertly trained and highly valued, the League Assassins are the backbone of the government. But not even the League is immune to corruption…

Command Assassin Nykyrian Quikiades once turned his back on the League—and has been hunted by them ever since. Though many have tried, none can kill him or stop him from completing his current mission: to protect Kiara Zamir, a woman whose father’s political alliance has made her a target.

As her world becomes even deadlier, Kiara must entrust her life to the same kind of beast who once killed her mother and left her for dead. Old enemies and new threaten them both and the only way they can survive is to overcome their suspicions and learn to trust in the very ones who threaten them the most: each other.
_____

I started reading… It was the most conflicting five days I had ever spent with a novel as far as my reading experience is concerned. By the end I wanted to both have sex with it and have the book burned, while I watched with a glass of wine in my hand and an evil laugh. For starters the writing style didn’t agree with me much. Kenyon is one of those writers, who are fond of pairing nouns and adjectives all the time and the pairings don’t bring out a new nuance in the prose. I am talking about the ‘indignant anger’, ‘playful banter’ and ‘stinking garbage’. These can be generally overlooked, but Kenyon also enjoys repeating facts and bits mentioned before and are well known or completely obvious.

As the story progresses the reader is introduced to the Sentella, an assassin organization with principle and heart, good men and women with brutal pasts, who are like one big family to a degree and usually banter. Instead of just letting the reader buy the concept and through reading say ‘gee, these assassins have brutal pasts, but are good guys that banter like a family’ Kenyon emphasizes on ‘brutal pasts’ and the banter, which is shouting at my face rather than telling or ideally showing me this. But yes, I did love the assassin organization, the personal pasts designed for each character and how they owe their loyalty to Nykyrian. It felt good to meet these characters and learn more about them and care for them.

What I hated was how their pasts were revealed, especially Nykyrian’s. Kenyon has allowed too many easy solutions to the questions surrounding the assassins’ backgrounds. Kiara is this naïve Mary Sue character with childish curiosity and apparently acts as the human version to the serum of truth, because whenever she starts asking questions, everybody spills paragraph upon paragraph of their personal drama. And the model behind each conversation is like this: Kiara’s question – …’s answer – Kiara’s provocation – …’s angry response to prove Kiara wrong in her closed minded view. This totally ruined it for me, even though there is much thought into the characters and the dynamics and ties between one another.

While I am still on Kiara, she is a contradiction. One moment she is all open minded and sees that these people have been battered by life and are more or less forced into their lifestyle and when the plot demands to be moved forward or the reader needs information about a character then Kiara is self-righteous and all knowing, condemning them. She whines and places herself in danger, because she doesn’t think. Sure, her past as a victim to assassins justifies her hate and resentment to assassins, but then again I would suppose she would be smart enough to build a stronger survival instinct as to never warm up to the Sentella or taking it extra longer to do so or decide to go with the Sentella to a planet that screams danger.

Yeah, so far it seems that I utterly hate this novel, but there is one redeemable quality and that is Nykyrian. It’s true that he is a bit of a Gary Stu. Tragic past? Check. Can survive almost every dangerous scenario? Check. Has mad skills? Check. Desired? Hell yeah. Bad boy with a golden heart? Check and check. Yet I connected with the guy, believed that he was as tormented and unloved as Kenyon told me he was. Reading his awkward reactions to going in a relationship with Kiara was endearing and kept me going and going. And that relationship grew nicely complicated, entertaining to watch spin and then wham a head on collision train wreck, which left my jaw hanging low. Kenyon took this thing to a good place and totally sunk my battle ship by introducing the most impossible succession of chance meetings that are considered implausible to happen on Earth and nearly laughable to occur in a story, where the characters can travel between worlds as it you are visiting a neighborhood in your city.

By the time I was done I banged my head on the wall, because I had hoped for a reasonable happy ending. Kenyon defied all laws that govern over happy endings and delivered the cheesiest, most sugar coated Hollywood packaged finish I have ever seen. Yet, the novel kept me emotionally active, reactive and engaged, which is hard to achieve these days and the story does have its good moments. After all, Kenyon is a bestselling author and although I myself couldn’t buy this I bet there are readers, who want wish-fantasy story lines. As far as I am concerned I won’t be repeating this experiment.

Would like to read Born of Night and see for yourself? We have one extra copy to giveaway along with another 3 Sherrilyn Kenyon’s books: 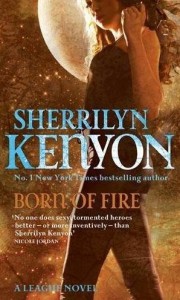 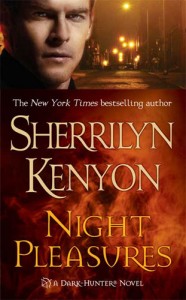 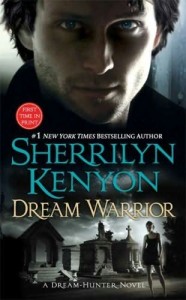 The contest is open to the US ONLY and will run until Saturday, December 12 at 11:59pm (PST). To enter, simply leave a comment here. ONE entry per person, please! Duplicate and/or multiple entries will be disqualified. Good Luck!

Book Review: What’s Left of Me by Kat Zhang