It’s time for our September poll! The official August OSW readalong happens next week, on Wednesday August 27 (get your copy of Prospero’s Childen by Jan Siegel now!), but the clock stops for no one… so we are looking at September!

You can vote on which title you’d like to read next month by using the poll embedded below. The readalong will take place a bit earlier next month, on September 24, 2014.

And this coming month, we’re inspired to do something a little different. We hereby declare September Octavia Butler month – and are selecting titles from her extensive backlist! 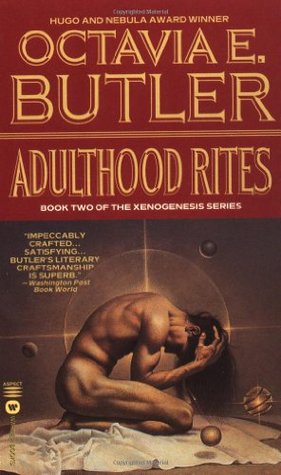 In this sequel to Dawn, Lilith Iyapo has given birth to what looks like a normal human boy named Akin. But Akin actually has five parents: a male and female human, a male and female Oankali, and a sexless Ooloi. The Oankali and Ooloi are part of an alien race that rescued humanity from a devastating nuclear war, but the price they exact is a high one the aliens are compelled to genetically merge their species with other races, drastically altering both in the process.

On a rehabilitated Earth, this “new” race is emerging through human/Oankali/Ooloi mating, but there are also “pure” humans who choose to resist the aliens and the salvation they offer.These resisters are sterilized by the Ooloi so that they cannot reproduce the genetic defect that drives humanity to destroy itself, but otherwise they are left alone (unless they become violent).

When the resisters kidnap young Akin, the Oankali choose to leave the child with his captors, for he the most “human” of the Oankali children will decide whether the resisters should be given back their fertility and freedom, even though they will only destroy themselves again.

This is the second volume in Octavia Butler’s Xenogenesis series, a powerful tale of alien existence.

Parable of the Sower by Octavia Butler 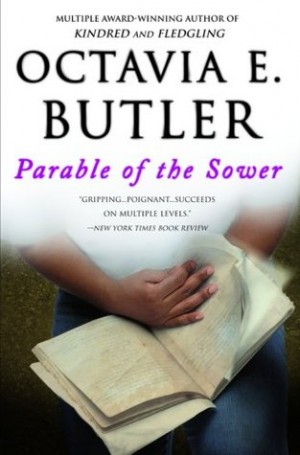 When unattended environmental and economic crises lead to social chaos, not even gated communities are safe. In a night of fire and death Lauren Olamina, a minister’s young daughter, loses her family and home and ventures out into the unprotected American landscape. But what begins as a flight for survival soon leads to something much more: a startling vision of human destiny… and the birth of a new faith. 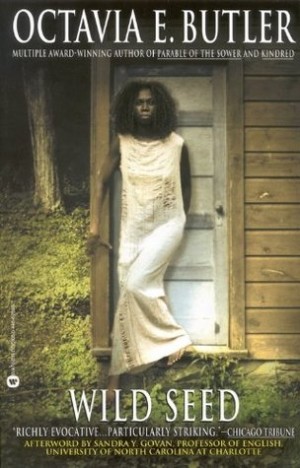 Doro is an entity who changes bodies like clothes, killing his hosts by reflex or design. He fears no one until he meets Anyanwu. Anyanwu is a shapeshifter who can absorb bullets and heal with a kiss and savage anyone who threatens her. She fears no one until she meets Doro. Together they weave a pattern of destiny (from Africa to the New World) unimaginable to mortals. 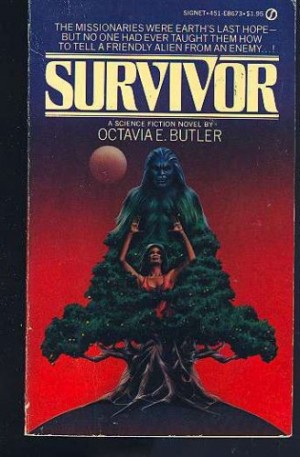 They fled from an Earth ravaged by plague and violence, seeking to fulfill their holy mission — to discover a new home for humanity. But instead of landing in a pace-filled paradise, Earth’s Missionaries find themselves caught between two warring civilizations — the Garkohn and Tehkohn. And only one of the people from Earth, a young girl and “converted” Missionary named Alanna, has the proper survival training to see through the lies of their Garkohn “hosts,” who extend the hand of friendship to the humans only to enslave them. Alanna alone can understand the necessity of becoming one with the Tehkohn “enemy.” And, perhaps, she can find a way to release the Missionaries from the deadly bondage into which they have complacently fallen. Yet even if she succeeds, will Alanna merely be saving them for a still more inescapable doom . . . ? 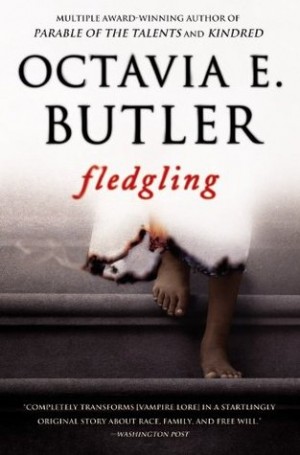 Fledgling, Octavia Butler’s new novel after a seven year break, is the story of an apparently young, amnesiac girl whose alarmingly inhuman needs and abilities lead her to a startling conclusion: She is in fact a genetically modified, 53-year-old vampire. Forced to discover what she can about her stolen former life, she must at the same time learn who wanted–and still wants–to destroy her and those she cares for and how she can save herself. Fledgling is a captivating novel that tests the limits of “otherness” and questions what it means to be truly human.

Get voting, and we hope to see you on September 24!

Old School Wednesdays Readalong: So You Want to Be A Wizard by Diane Duane