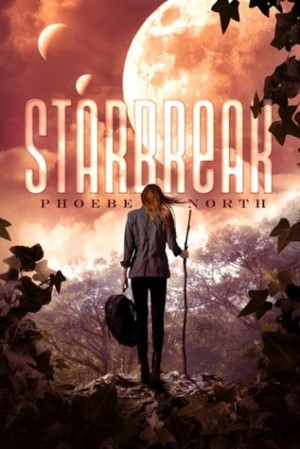 The Asherah has finally reached Zehava, the long-promised planet. There, Terra finds harsh conditions and a familiar foe—Aleksandra Wolff, leader of her ship’s rebel forces. Terra and Aleksandra first lock horns with each other . . . but soon realize they face a much more dangerous enemy in violent alien beasts—and alien hunters.

Then Terra finally discovers Vadix. The boy who has haunted her dreams may be their key to survival—but his own dark past has yet to be revealed. And when Aleksandra gets humanity expelled from the planet, it’s up to Terra, with Vadix by her side, to unite her people—and to forge an alliance with the alien hosts, who want nothing more than to see humanity gone forever.

Stand alone or series: Book 2 in the Starglass sequence

How did I get this book: ARC from the author

Why did I read this book: I very much enjoyed Starglass, book one in the Starglass sequence.

After its centuries-long journey, the Asherah has finally reached its distant goal: the mysterious planet of Zehava. The Asherah‘s trek hasn’t been easy or peaceful, and right before reaching the alien planet, the ship has erupted into mutiny and chaos. The Children of Abel, a rebellious faction under the leadership of the Captain’s daughter Aleksandra Wolff, have overthrown the ship’s council (and killed the Captain). More importantly, the Asherah has received communication back from early landing parties sent to Zehava bearing devastating news – the planet is already inhabited, and its inhabitants are hostile.

Sixteen-year-old botanist Terra has reluctantly played her role in the shaping of Asherah‘s political destiny, but now knows that she must do everything in her power to reach the surface of Zehava. Despite the communiques from the humans on Zehava and the warning message from her own sister in law, Terra knows that her destiny awaits. For months, Terra has had dreams of a long-limbed alien boy, cradling her close, keeping her safe, making her whole. And she won’t let anyone stand in the way of finding him – even if it means convincing her friends to steal a landing vehicle and sneak away to the waiting planet below… But Zehava is even more perilous than Terra has dreamed. Not only is much of the landscape inhospitable with cruel climates, sentient plant life, and invincibly violent beasts; Zehava is also torn between two different classes of ruling aliens, who will not share their limited resources or homes with humans. With Aleksandra vying to take what she wants with violence, and a movement miles above the planet aboard the Asherah to return back to Earth, the fate of her people lies in Terra’s timid hands.

The second book in Phoebe North’s Starglass sequence, Starbreak is a surprising departure from the politicking and insular worldbuilding of Starglass. On the surface of Zehava, Starbreak reveals an intriguing alien society with a fascinating hierarchical structure, but also focuses on a hefty dose of predestined romance. Suffice it to say, I was a big fan of one of these things…but not so much the other.

So, let’s start with the good. On the positive end of the spectrum, as with its predecessor, Starbreak does a phenomenal job of worldbuilding. Whereas Starglass examined the myriad stresses, checks and balances that formed the human society aboard a generation ship (from which there is no escape or outside), Starbreak expands that microcosm of a world to an entirely new alien ecosystem and civilization. I loved the concept of Zehava’s inhabitants; especially the willowy humanoid Xollu who are scientists, philosophers, and passive observers, and whose physiology is essentially that of evolved plants. In contrast, Zehava’s other dominant class of alien life, the tk, embrace the arts and feast on the meat of animals – the violent, animalistic humans are included as potential food sources. The balance of Zehava’s society is well-conceived and comprehensive, and North does a wonderful job of exploring the cultural mores – and how those mores interact with humanity’s values – on the surface of this strange, new planet. This, plus the latent hostility of Zehava, with its wildlife and unforgiving seasons, and the ever-present threat of overcrowding in the safe, inhabited areas of the planet, make Starbreak a memorable read. (So far as worldbuilding is concerned, that is.)

While I loved discovering Zehava along with Terra and her human cohorts, I was less thrilled with the actual driving force of the novel: the predestined, fated-mate romance between teenage Terra and her blue-skinned alien boy, Vadix. In a surprising departure from the political-centric plotting of the first novel, Starbreak follows Terra as she is desperate to find the boy of her dreams (literally) because she knows he will make her feel safe and whole. Forget the rebellion, or the long journey to Zehava and its implications; forget the warning message from her sister in law from the planet; forget everything else. Terra needs to find her boy and that is the defining characteristic of the first half of the novel. Subsequently, when she does find “her boy” (a grating term that Terra repeats ad nauseam), the focus remains on the magical healing of the mate-bond between them, which exists because it just does. It is their destiny. This is a romance and a storyline that works for some people; unfortunately, I am not among their number. This is my most despised trope in fiction, but especially in YA SFF – suffice it to say, I was not as smitten as Terra and Vadix in this particular book.

Beyond the frustrating, ever-burning flame of predestined romance, I also wasn’t a fan of plot or character developments in this novel. So much of the first book and the characters from that book are ignored in Starbreak – beyond protagonist Terra and the general arrival of the Asherah to Zehava, the book actually reads like a completely separate entity in style and substance. The nuances of religion in the first book are clunky in Starbreak (with several heavy-handed conversations between Terra and others about God and Science), and the characters readers had discovered and befriended in Starglass are all absent here in this sophomore novel. Similarly, while I appreciated Terra’s growth from extreme passivity to timid leader, the fact that her growth is fueled (even legitimized) by the belief and power of love is similarly frustrating. Other small things grated, too, such as the characterization of Aleksandra (who reads much more as a young teenager than a charismatic leader of a rebellion), or the inclusion of a young female child as Terra’s new ward to give her someone to bond with/protect emotionally in the novel’s early chapters.

Ultimately, I enjoyed parts of Starbreak (most notably its worldbuilding and the vision of life on Zehava), but sadly, I was not enamored with many of the book’s other vital components. I still recommend the Starglass sequence as a whole, but with the following caveat: If you, like me, are disenchanted with protracted fated-mate relationships built on the power of destiny and no other factors, you may want to steer clear of this book.

Notable Quotes/Parts: From Part I:

On the night of the riots, I wasn’t the only one who ran for the shuttle bay.

As I pressed across the frozen pastures, my hands balled into fists, my feet bare against the cold ground, I was joined by throngs of people. Citizens, their gazes drunk-dizzy and crazed,

spilled out from the districts and the fields, clamoring for the aft lift. That day—my wedding day, the day we arrived on Zehava—was supposed to be a festive one.The citizens had been saving up their rations for weeks, stockpiling bottles of wine so they could drink from the first moment dawn cracked until the planet was stained black by the darkening night.

But the planet never went dark. Instead Zehava twinkled and glinted in the dome glass like a second sky. Lights. The northern continent was scattered with lights, clustered around the black oceans like gilt edging a page.Those lights could only mean one thing: people. There were people on our planet, the planet we’d journeyed five hundred years to find, the planet we’d been told would someday be our home.

Maybe they didn’t believe it, those citizens who ran by me, jostling and shoving one another. Maybe they were so drunk, they’d convinced themselves it wasn’t true. Zehava was theirs— their abbas had sung them songs about it; their mommas had told them about the good lives they’d live underneath the wide open sky. Maybe they thought the lights were something else, a trick of Mother Nature—phosphorescent algae or glowing rocks. Whatever the case, in their drunken fervor they’d convinced themselves that the path ahead would be easy. They’d take a shuttle down to the surface and find Zehava perfect and empty. It had been promised to them, after all.

Additional Thoughts: Don’t just take my word for it! Check out Phoebe North’s guest post to read more about worldbuilding in the Starglass sequence, plus a chance to win a signed copy of both books!