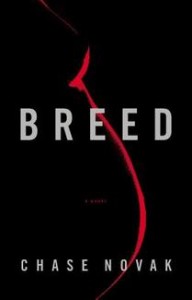 Alex and Leslie Twisden lead charmed lives-fabulous jobs, a luxurious town house on Manhattan’s Upper East Side, a passionate marriage. What they don’t have is a child, and as they try one infertility treatment after the next, yearning turns into obsession. As a last-ditch attempt to make their dream of parenthood come true, Alex and Leslie travel deep into Slovenia, where they submit to a painful and terrifying procedure that finally gives them what they so fervently desire . . . but with awful consequences.

Ten years later, cosseted and adored but living in a house of secrets, the twins Adam and Alice find themselves locked into their rooms every night, with sounds coming from their parents’ bedroom getting progressively louder, more violent, and more disturbing.

Driven to a desperate search for answers, Adam and Alice set out on a quest to learn the true nature of the man and woman who raised them. Their discovery will upend everything they thought they knew about their parents and will reveal a threat so horrible that it must be escaped, at any cost.

How did I get this book: ARC from the Publisher (from BEA)

Why did I read this book: Let’s check the list: blurbed by Stephen King (who calls the book the scariest horror novel he’s read since Peter Straub’s Ghost Story – yes, I know I shouldn’t put too much stock in King’s blurbs but COME ON PEOPLE, that is some crazy superlative praise). Billed as written “in the tradition of Rosemary’s Baby.” Ridiculously effective cover. All of this made Breed sit close to the top of my list of most highly anticipated books for the backend of 2012.

Rosemary’s Baby is easily one of my favorite horror movies of all time. Rosemary Woodhouse’s descent into terror and paranoia, her protectiveness of her unborn child, the simultaneously comical & horrifying geriatric satanists next door – these are all expertly crafted horror elements that speak to the frightening aspects of pregnancy, ambition, and betrayal. (This is to say nothing of Mia Farrow’s – and Ruth Gordon’s – powerful performance!) When I read the premise of this book and saw both Stephen King’s resounding endorsement and the Rosemary’s Baby comparison, I was hooked.

Breed, unfortunately, is no Rosemary’s Baby.

Novak’s novel is a bonafide adrenaline-fueled page turner with a cool concept – but lacks grace and skill in its telling, and never actually lives up to the potential of said cool concept. But I’m getting ahead of myself. First, the story:

Alex Twisden is one of New York’s upper-crust, Upper East Side dwelling elite. The Twisdens are the type of wealthy, storied New York family that presides on the Met’s board of trustees, that owns multiple properties (including a full townhouse in the middle of Manhattan), whose children go to the most prestigious of preparatory academies. When Alex meets Leslie, an ambitious young editor at a respected New York publishing house, the two hit it off immediately. Soon after, they fall in love and are married, with only one rain cloud obscuring their happiness: they are unable to get pregnant. After trying everything from in vitro to spiritual meditation, the Twisdens are at the end of their rope – but then they hear about a secretive (and fittingly expensive) doctor in Ljubljana, Slovenia who has an aggressive reproductive enhancement serum. Using a cocktail of hormones and other goodies from particularly vigorous animals (including the Goby fish), the Twisdens finally get everything they wanted and more – Leslie gives birth to two beautiful twins (and one malformed third child that is quietly whisked away).

But the birth of twins Alice and Adam comes at a terrible cost, changing Alex and Leslie forever. Ten years later, Adam realizes just how strange his parents are and knows that he and his sister must leave before their doting parents devour them whole.

Breed is a frustrating exercise in horror fiction – at its core, Breed has a great, solid hook. The pregnancy gone terribly wrong thing is a compelling storyline – cross that with a family of significant means and power in New York City, and you’ve got one hell of a premise. Unfortunately, Breed takes what should have been an exorcise in good old fashioned filial cannibalism and unnecessarily protracts the story with over-embellishments, strained writing, and a lack of any deeper true horror.[1. Not to mention, the filial cannibalistic animal that Novak chooses to feature is the Goby fish? For bloodthirsty, animalistic parents? Why not, I don’t know, the komodo dragon?]

Part of the problem is that all of our characters are doomed in that first chapter of the book – there’s no restraint or mystery, and Novak’s hand is tipped completely by the end of the first 30 or so pages. Add to this the fact that we miss the first ten years of Adam and Alice’s lives – Novak completely bypasses any tension building, throwing away the opportunity to create a “something is wrong with Mommy and Daddy” atmosphere of dread, jumping all the way to the twins’ escape from parents that have already lost their shit (and inspire little to no sympathy to readers – we don’t know or care for these people at all). It’s an annoying shortcut to bypass character and plot development in exchange for pure action, and that is incredibly frustrating.

Not to say the action is bad – if there’s one thing Breed does right, it is the frenzied, hormone-fueled drive of the book as Alex Twisden chases his spawn all over midtown Manhattan. There is a cinematic quality to Breed – not so much of the Polanski variety, but more of the Michael Bay school of fast-paced, crude action. Yet, even in this respect Breed falters by way of writing, which is at times ridiculously forced and inflated. For example, at one point, a character discovers the Twisdens’ basement of terror and takes in the full magnitude of the parents’ transformation, she thinks to herself:

That moment of blindness. How she wishes it could have lasted longer. Not just a moment – an hour. Not just an hour – an eternity. For what she sees now is by far the most gruesome sight she has ever beheld, or even imagined. What she sees now makes death preferable to having to live with the memory of what is right before her eyes.

Really? Really? Excepting the fact that I don’t think anyone would actually think death is preferable to seeing a sight, no matter how gruesome, this is just bad writing.[2. Not to mention, in the grand scheme of things, this isn’t even that gruesome a sight, compared to, say, The Human Centipede or any of the Saw or Hostel films. Not saying those are great films, but as far as the gross-o-meter goes, Breed is a lightweight.] Why not describe the scene? In another pivotal scene, a character is plummeting to his death by impalement (on King Jagiello’s raised swords outside the Met), and literally reflects on his death plunge in no less than a full page – including a refrain of “Oh my god, Michael thinks. My life!” and “He turns slightly, sees the bystanders: a group of Asian tourists, their cameras dangling over there Burberry coats.”

Ultimately, Breed feels like an unnecessarily protracted novella or short story: the entire book is essentially a giant chase scene, born of a very simple premise, without any deeper meaning or horror. Instead of being on par with Rosemary’s Baby, Breed is more along the lines of the recently released horror film The Possession – mildly entertaining, but for all its blustery hype, forgettable.

Ye shall fear every man his mother, and his father
–Leviticus

It’s well known—part fact, part punch line—that people in New York think a great deal about real estate. In the case of Leslie Kramer, she actually was aware of the house Alex Twisden lived in before she had ever met him, or even knew his name. Leslie would often pass by the house on days she chose to walk to Gardenia Press, where, though single and childless herself, she edited children’s books.

The house was a piece of pure old New York, from before taxes, before unions, back when the propertied classes had money for the finest stonework, the finest carpentry, and for a multitude of servants, including people to put straw in the streets so the wagon wheels of passing merchants would not clatter on the cobblestones. It was a four-story townhouse on East Sixty-Ninth Street, an often-photographed Federal-style dwelling made of pale salmon bricks, with windows that turned bursts of light into prismatic fans of color framed by pale green shutters.

It was one of the few residences on this block that had not been broken up into apartments, and the only house in the neighborhood owned by the same family since its construction. It was one of those places that seem immune to change, ever lovely, and ever redolent of privilege and the provenance that justifies the continuation of those privileges. The front of the house bore a polished brass plaque announcing the year of the house’s construction, 1840. The window boxes were almost always in bloom, with snowdrops in the spring, and then with tulips, impatiens, geraniums, and various decorative cabbages, some of them so unusual and obscure that often passersby would stop on the sidewalk and wonder about them. The light post next to the eight-step porch was entwined with twinkling blue lights twelve months a year. Recycling was set out at the curbside inside of cases that once held bottles of Château Beychevelle or Tattinger’s.

Reading Next: The White Forest by Adam McOmber